Editor's Notebook: Why IT departments always makes the wrong choices when it comes to hardware

Bye bye boring laptops! It's about time we were allowed to choose the hardware we use at work for ourselves, says silicon.com editor Steve Ranger.

Assuming it keeps your chin above the desk and your backside off the floor, you won't care much about the chair you sit on at work.

As long as it doesn't collapse when you sit on it (unless you are a clown, in which case that's a key requirement), then you probably don't notice it. Same with your desk - a non-descript stack of plywood, covered in coffee cup rings and fluff.

But when it comes to office-issue technology, everybody knows exactly what they've got, when they got it - and how much they hate it. Which, in most cases, is quite a lot.

Few people I know have a good word to say about the mobile phone their employer has generously bestowed upon them: in my quick poll the words used to describe them include "clunky", "antique" and "junk", (which, by the way, is one of the few four-letter descriptions I could use without adding any asterisks). 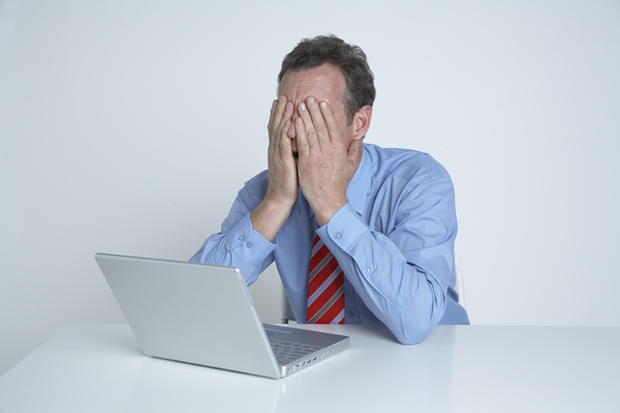 Laptop driving you mad? It's time your CIO let you choose your hardware yourself
(Photo credit: Shutterstock)

The same goes for corporate laptops: one person I know has started bringing in sunflower seeds to feed the hamster he is convinced is - by scampering around a tiny wheel - powering his laptop.

Another friend has people in his office thinking he has a washing machine in his cubicle, so loud is the fan on his laptop.

Mobile phones and laptops aren't like desks and office chairs, whatever your corporate procurement people might think.

They have become - rightly or wrongly - as much status symbols as productivity tools.

Partly it's the consumerisation of IT at play again: if you can go down to your local electronics megastore and buy a sleeker laptop of vastly higher spec than the creaking work hardware you use every day, it's no wonder you're going to get frustrated when the egg-timer of doom appears on your office PC screen whenever you attempt to open more than two applications at once.

This vast difference between...

Comment and share: Want an iPhone and a netbook at work? Here's why you should have them