The Boogie Board Rip is a solid e-writer, but two missing features and a relatively high price keep it from being a perfect pen and paper replacement.

If you'd like to ditch the paper notepad for a digital device, but don't want a full-blown tablet, an e-writer may be the perfect gadget.

The Boogie Board Rip electronic writing device has a 9.5" LCD. According to the manufacturer, the unit's 8MB of internal storage is capable of storing "200 typical images". The rechargeable Li-Ion battery is rated for 60 days of standby time and 1 week of typical usage. The Boogie Board Rip measures 11.1" (H) x 7" (W) x 0.5" (D) and weighs 11.5 ounces.

In this week's episode of Cracking Open, I show you what's inside the Kent Displays Boogie Board Rip, and discuss what I learned from my teardown. 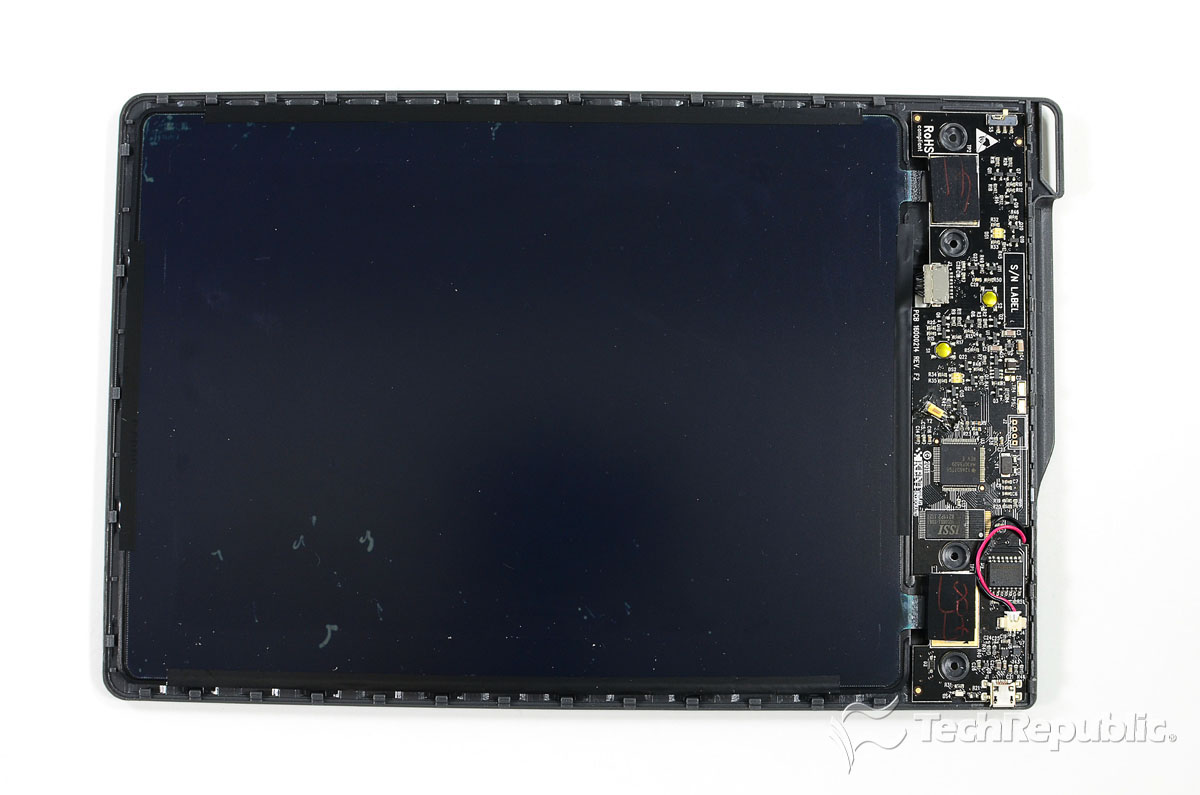 Our test unit had the following hardware.