Samsung is jumping into the budget tablet market with a 7-inch device that looks nearly identical to the company's Galaxy Tab Plus, but costs $200 less. This week, I crack open the Samsung Galaxy Tab 2 7.0 Android tablet.

How does the Galaxy Tab 2 7.0 stack up against the other 7-inch tablets, like the Galaxy Tab Plus and Kindle Fire? As Erik Franklin pointed out in his CNET review, this tablet "offers an excellent value and a full Android 4.0 experience that no other tablet can currently match for the price."

At $249, the Tab 2 7.0 is $50 more than the Kindle Fire, but the Samsung device has two cameras, you can expand the device's memory to 32GB using a microSD card, and it functions as a TV remote. On the other hand, the Fire puts the power of Amazon's online store in the palm of your hand.

Comparing the tablet to other 7-inch devices is a bit trickier. Does it have the processing power of the Galaxy Tab Plus ($349 for 16GB and $449 for 32GB)? No. But the user experience is still good and you get a lot of bang for your buck. 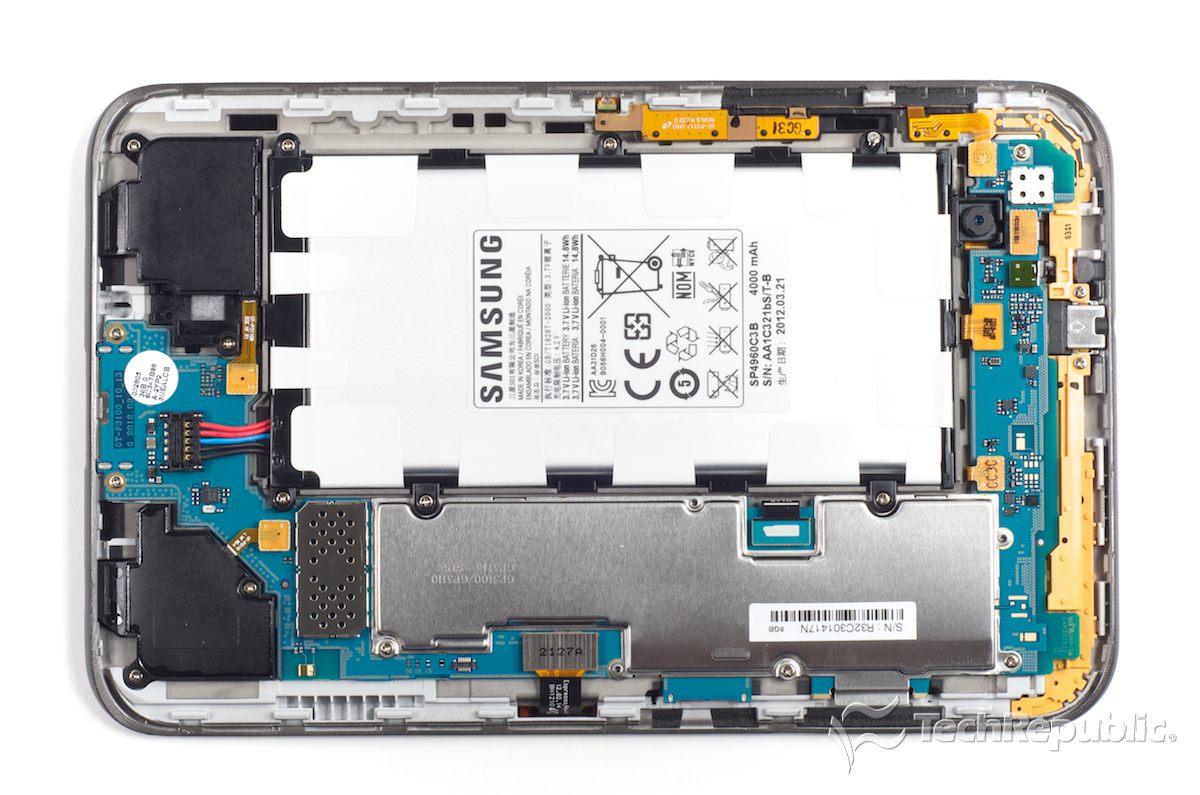 Our Galaxy Tab 2 7.0 test unit had the following hardware: