Bill Detwiler shows you why the MacBook Pro with Retina Display is nearly impossible to upgrade, a pain to work on, and lacks an essential Pro feature.

Apple's MacBook Pro with Retina Display is one of the most powerful and portable laptops on the market. But in this week's episode of Cracking Open, I show why it's also nearly impossible to upgrade, a pain to work on, and lacks what many consider an essential Pro feature.

Unfortunately, all these positives are offset by some serious negatives--at least for fans of the traditional MacBook Pro line.

And if all this wasn't enough, Apple also dropped two features that set the MacBook Pro apart the thinner, but less "professional" MacBook Air--an Ethernet port and optical drive.

I don't think losing the optical drive will anger many Pro fans. I have an optical drive on my 2011 Pro and can't remember the last time I used it. But, the Ethernet port is another matter.

When Apple first announced the new Retina MacBook Pro, I asked TechRepublic members if they or their co-workers still needed machines with an Ethernet port. A resounding 88 percent said yes. Sure, you can use a Thunderbolt to Gigabit Ethernet Adapter, but that's one more thing you have to buy and carry.

Honestly, this new machine is more like a MacBook Air than a MacBook Pro. And as such, you'll need to plan your purchase carefully. It's may be pricey, but you'll want to buy all the RAM, storage, and processing power needed for the life of the machine.

Now as of this taping, Apple still sells traditional 13 and 15-inch MacBook Pros (Ethernet ports, optical drives, and all).

But, I can't imagine they'll keep both Pro lines around for very long. Once the price of solid state drives and the Retina display are low enough, all MacBook Pros will probably look like this one, at least until all that hardware will fit into an Air. 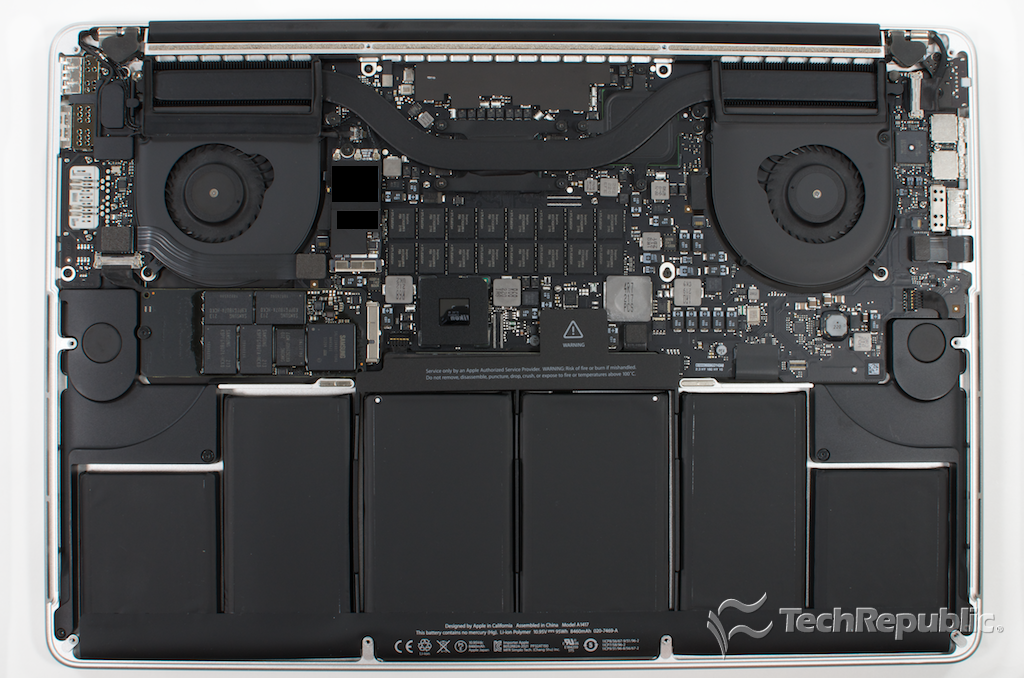 Our MacBook Pro with Retina Display test unit has the following hardware: