Virtual desktop is a facet of mainstream virtualization that is fast catching on in popularity. Blogger Paul Mah takes a look at Pano Logic's true zero client solution.

According to Pano Logic, its VDI (Virtual Desktop Infrastructure) solution is anchored by a true zero client. The Pano Device hardware has "no processors, no operating system, no memory, no drivers, no software and no moving parts." In essence, it is simply a stateless end-point device that draws a meager 3.5 watts of power.

On the other hand, thin client solutions run on operating systems of their own, which typically range from Linux, Windows CE, or Windows XP Embedded. This represents an additional layer that has to be booted up first before connecting to the virtual desktop that runs on the server.

In Figure A, I placed the Pano Device beside my Microsoft wireless mouse for comparison. While I did not have the opportunity to use it with the Pano Device, its optimized USB subsystem means it should be possible to make use of Logitech's new Unifying USB Transceiver to power both keyboard and mouse from a single USB port. 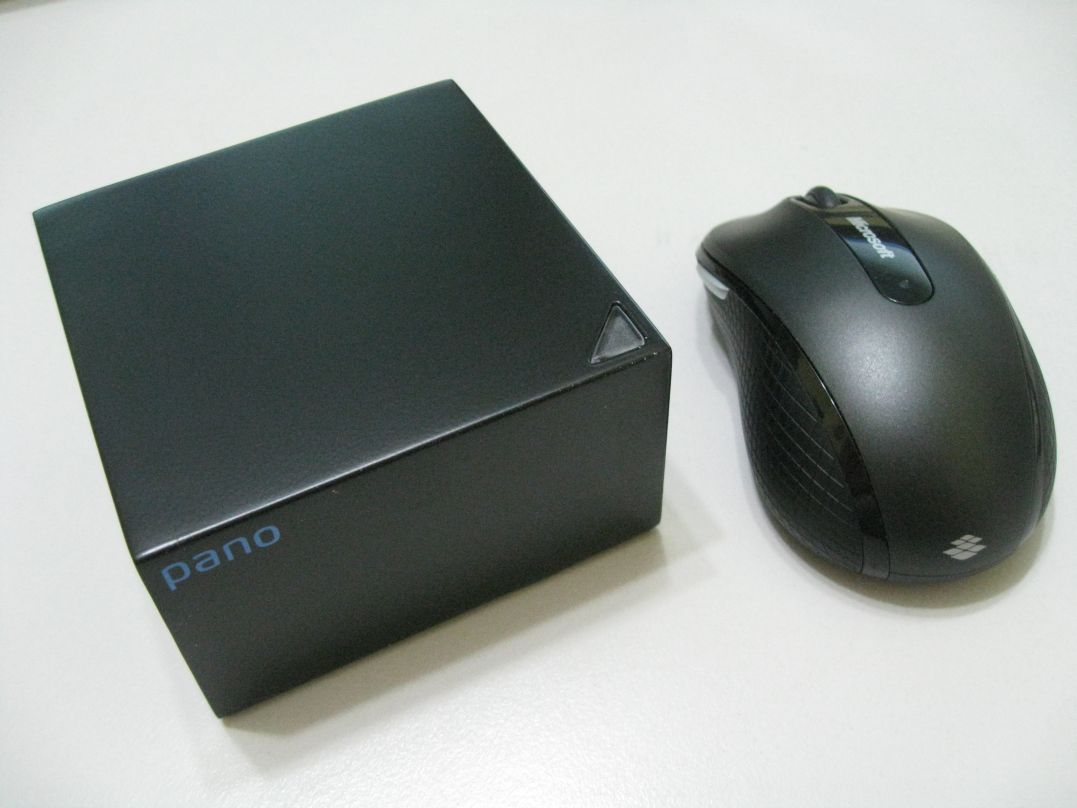 Figure B shows the back of the Pano Device. Note the Ethernet port, stereo mini plug jacks for microphone and earphone, VGA, and USB ports. The concentric series of holes seen on the underside is actually for an on-board speaker. 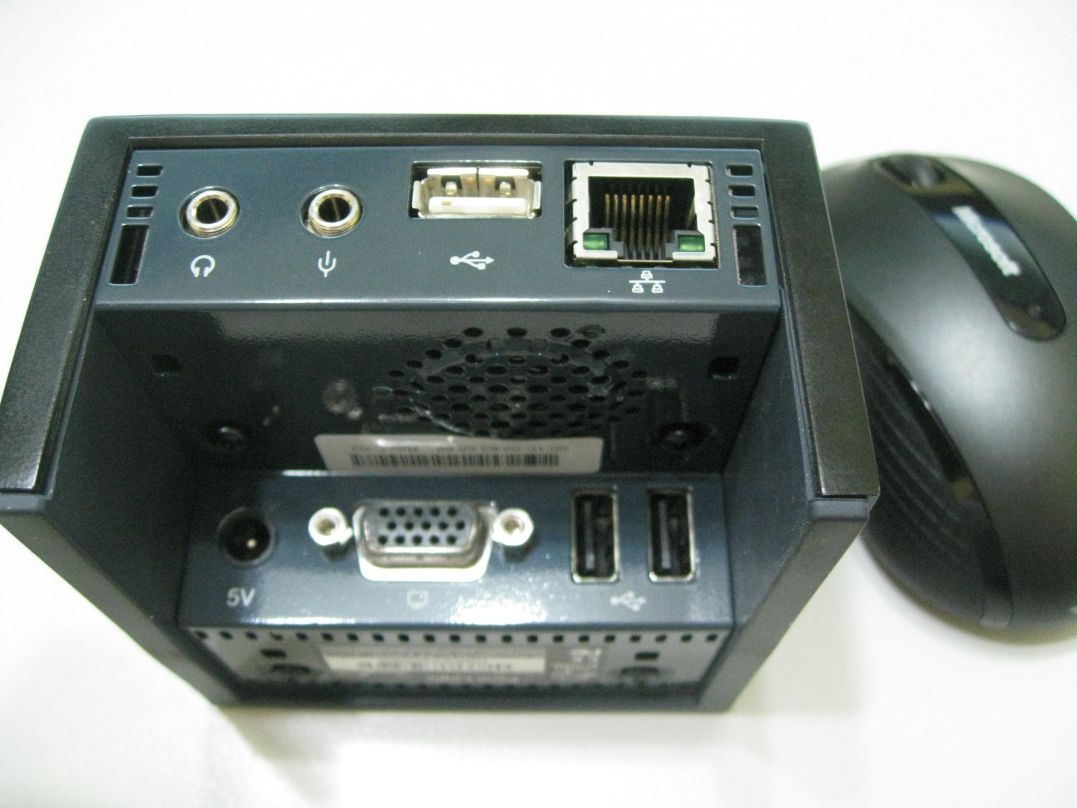 There are three key components that enable the Pano Logic system on the network, the Pano Device hardware itself, the Pano Manager virtual machine, and the Pano Direct Service, which is a Windows service installed on the desktop virtual machine.

The Pano Device is the hardware used at the end-point and gives users access to their virtual desktop via keyboard, video and mouse, as well as any audio input/output and USB devices that might be present. Power consumption with a keyboard and mouse connected barely registers at just 3.5watts of power.

The Pano Device communicates using the Pano Direct Protocol, which is encrypted with AES-128 with public/private key exchange. The Pano Direct Protocol includes separate traffic flows for USB, audio, keyboard, mouse and video within a single network connection. Video of up to a resolution of WUXGA, or 1920x1200, is supported.

Finally, because the Pano Device is incapable of storing data locally, security is correspondingly heightened as well.

Pano Manager is run on the server and forms the heart of the Pano Logic architecture. Beyond providing a centralized Web-based management interface, the Pano Manager also discovers and controls the Pano Devices on the network, serving the role of a connection broker.

Pano Manager is preinstalled as a virtual machine, and runs on top of either VMware ESX or ESXi hypervisors. In terms of management capabilities, it is capable of directory integration with Microsoft Active Directory and optionally integrates with vCenter Server and View Manager for virtual machine provisioning and management.

Pano Direct Service runs as a Windows service within each desktop virtual machine accessed by the Pano Device. The driver enables peripherals (including USB) connected to the Pano Device to be detected and accessed by unmodified Windows drivers installed on the virtual machines. The ability to support native Windows drivers means that if a device will run on a normal PC workstation, it will run on a Pano Device.  Among others, supported USB devices includes DVD readers/burners, USB hubs, and smartphones like the BlackBerry or consumer devices like the iPod.

The Pano System requires VMware ESX and ESXi on the back end, butI did not have the necessary hardware set up. To give the system a spin, I made an arrangement to loan the review hardware to final-year students who are working on a project involving VMware ESX, and they were able to get things running with relative ease.

I also had the opportunity to separately test out a WYSE thin client, and what surprised me was the fluidity of the experience on Pano Logic. I accessed the Pano Device and used it to perform basic system tasks and use its browser. As far as I can observe, its usability for general productivity tasks is not discernable from that of a dedicated workstation.

The advantage of zero

A zero-client solution brings out the full advantage of using virtual desktops. In terms of management, the deployment of a simple appliance for end-users effectively takes away the need for endpoint management; as well as eliminating the costs associated with management and maintenance.

With no login scripts that can fail, or any crucial pre-configured settings being inadvertently modified -- there is absolutely no need to teach users how to handle the system, which essentially peg the training costs at zero. In addition, a zero client effectively circumvents the need to pay for the cost of an operating system such as Windows XP Embedded or Windows CE that a non-Linux thin client would require.

Ultimately, the decision on whether to go with a standard desktop (or laptop) deployment or to take the VDI route depends very much on how the cost economics works out for your company, as well as the work roles expected of them. On the VDI front though, I am very much impressed by Pano Logic's solution in terms of its simplicity and architecture.