If I am shopping for a server, I’ve changed my purchasing pattern to not just shop for the latest and greatest. While this seems intuitive, there are a number of reasons to shop for features and integration into existing infrastructure investments today.

Primarily, this stems from my VMware administration practice to deliver servers to a cluster that match the other host’s capabilities. When multiple vSphere clusters are considered, I still keep them the same as much as possible across clusters. This paves the way for future easy decisions should hosts need to be moved from one cluster to another as requirements change.

If you have been shopping for servers lately, you surely have noticed the increased options for server processor selection. Primarily, we have seen the Intel 5600 series processors become available on mainstream servers. This is the product that was called Westmere before it was released. The main feature of the 5600 series of processors is that six cores are available as well as utilizing the new 32 nm processor architecture. Going back a year when we were all gaga over the 45 nm architecture delivered by the Intel 5500 series (Nehalem), this is more than just an incremental update. The 5600 series has a few groups of models, namely the X, L, and E types that will be available in systems as X5680, for example, in a server. Many of these will be available in workstations and notebooks also. To give you a feel for the roadmap of the processors, Figure A below shows the current state of processor offerings: Figure A 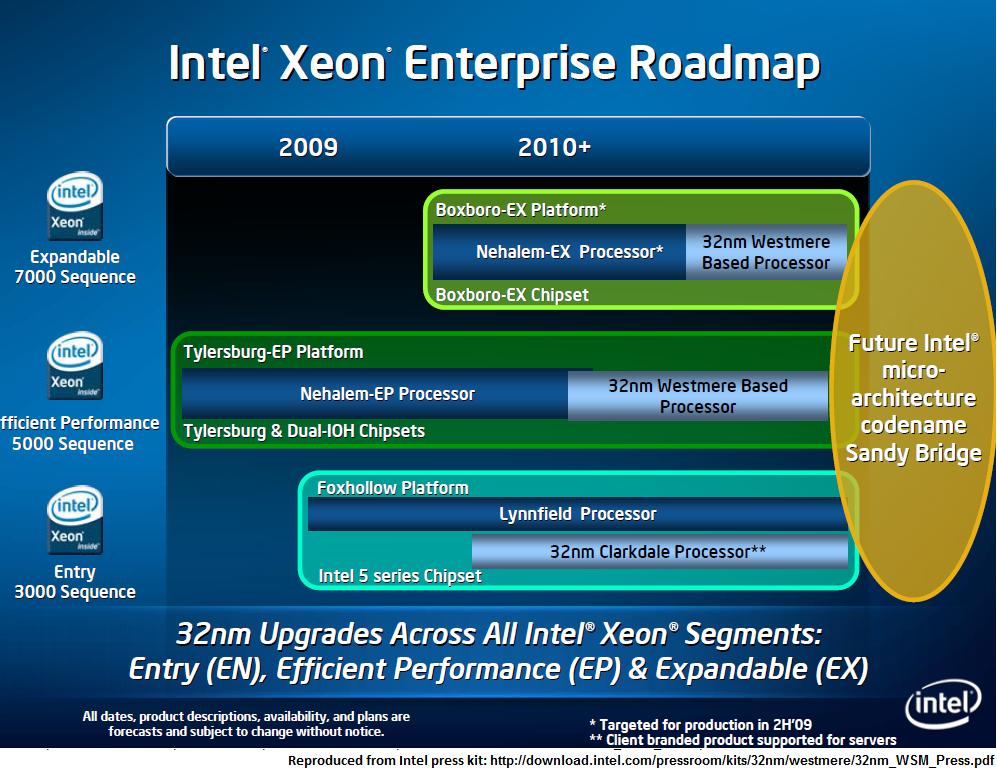 The new processor is available up to 3.46 GHz as the X5677 model with 4 cores, or another high frequency model is the X5680 at 3.33 GHz with 6 cores. Both of these are 130-watt processors, and there are lower consuming models. Some things are the same, however. This includes memory provisioning aligned per processor, which was a big change that we saw with the 5500 series and that I still find confusing.

So, when it comes to purchasing a new server, administrators need to consider the full picture. Just because the 5600 series is out, it doesn’t mean an investment in the 5500 series is wasted. They are both released at a similar point in time, yet are tied to server life-cycles as well. This does make it confusing as to which model to choose, but if you are starting a new inventory of systems, the 5600 series is a good bet.

Have you purchased any servers with the 5600 series processors yet? If so, share your experiences below.