Not a big fan of GNOME 3 or Unity? Jack Wallen offers a list of some solid alternative desktops.

You've heard the talk, the complaints, and the scathing reviews. Both GNOME 3 and Ubuntu Unity have been met with a hailstorm of bad publicity -- so much so that people are turning away from adopting Linux -- at least Linux that uses either of these two desktops. So if you want to switch to Linux but you don't want to use either of these desktops, what can you do? Well, I'll give you five what-to-do's that will ease the troubled Linux desktop selection.

XFCE (Figure A) is one of the most popular alternative desktops. The newer releases offer everything any desktop user will need and more. Yet even with all the features it offers (including a compositor), it remains incredibly lightweight, fast, and reliable. In fact, I would venture to say that XFCE is, by far, one of the most reliable and snappiest of all the full-featured desktops I have used to date.

If you use the Ubuntu distribution, you can easily install XFCE with the command sudo apt-get install xubuntu-desktop. Or if you want to go with a cleaner XFCE install, just download and install the Xubuntu distribution. 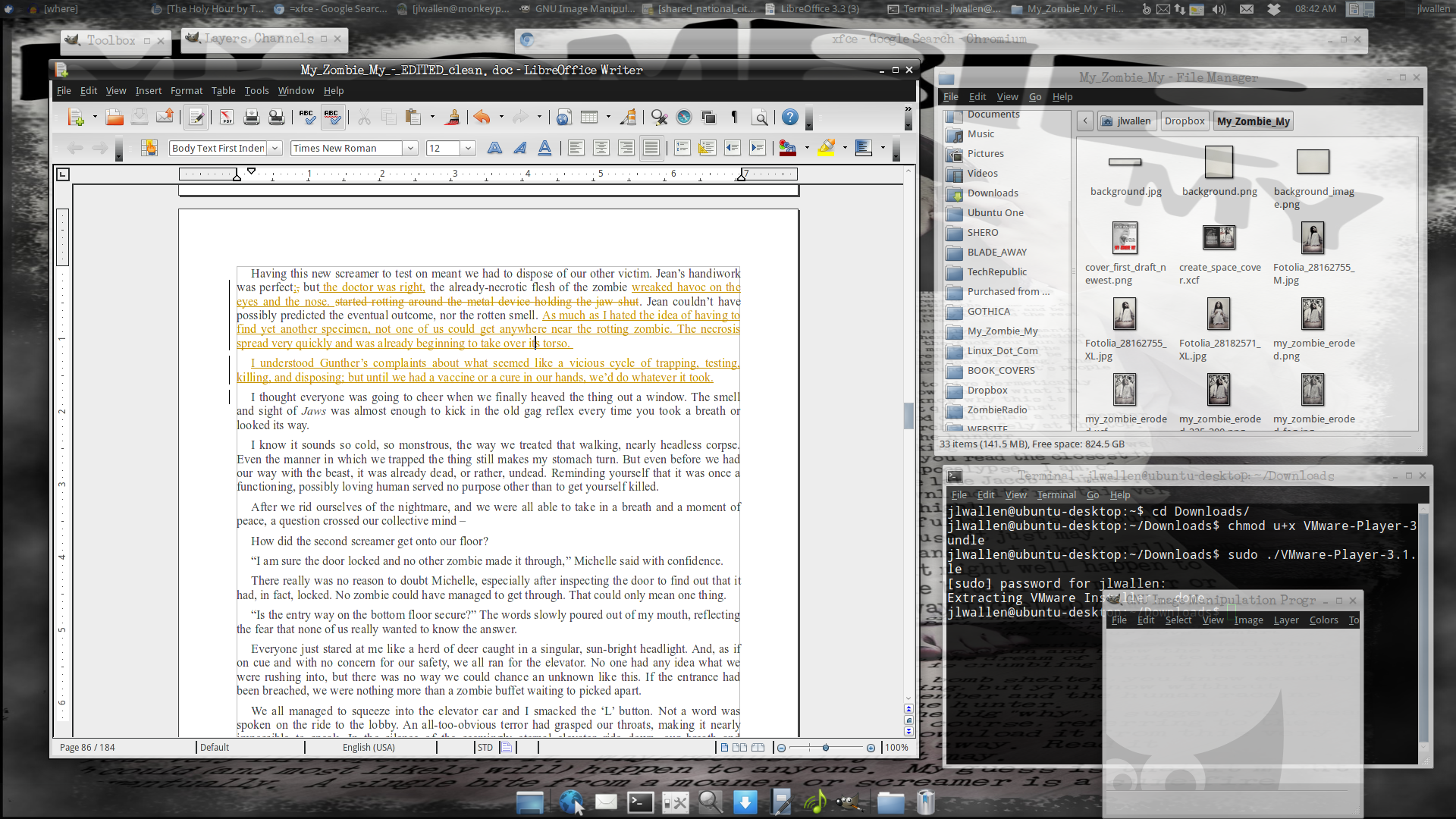 Of all the desktops I have used, I have to say that Enlightenment (Figure B) is one of the coolest. There are two versions: E16 and E17. E16 is the older, out-of-date version, and E17 is the newer release, which you should use. E17 can be turned into one heck of a beautiful desktop and can also be used with the new Ecomorph plugin to give it a Compiz-like compositor. I will warn you: Don't even try to install E17 from scratch, as this is a challenge that could easily have you pulling out your hair. Instead, download and install one of the distributions (such as Elive or Bodhi Linux) dedicated to bringing Enlightenment to the desktop. 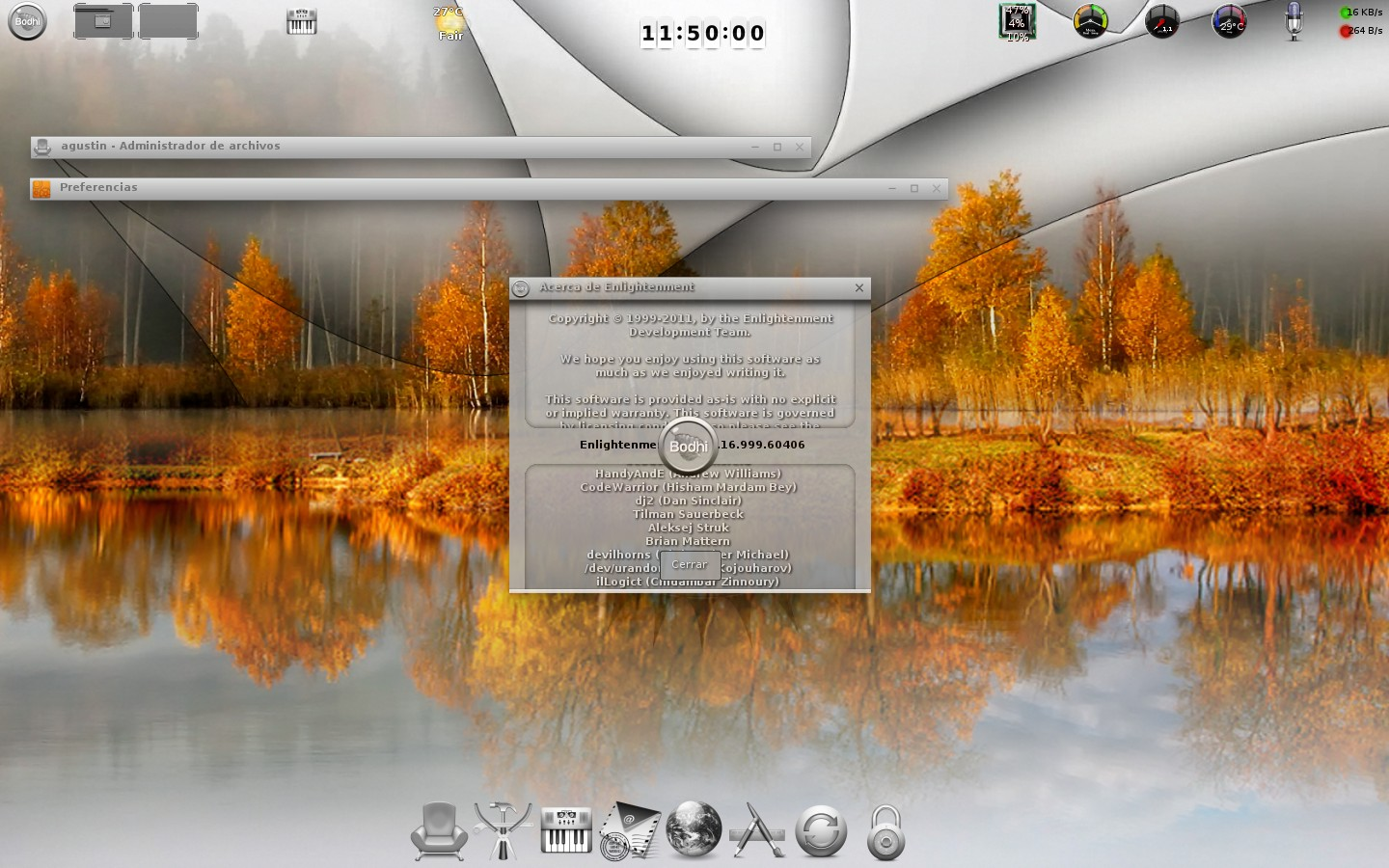 Let's go minimal, shall we? Fluxbox (Figure C)is that desktop you use when you are either faced with having to manage slower, older hardware or you simply want the most minimal desktop you can find. Now with that minimalism comes some incredible speed. You put Fluxbox on a modern PC, and that machine will fly off your desk.

Of course, along with this minimalism comes a lack of integration. You won't find nearly the feature set in Fluxbox that you will find in the other desktops listed here. But that doesn't mean Fluxbox isn't worth trying out. Typically speaking, Fluxbox can be found in your distributions repositories, so there's no need to search for a distribution dedicated to Fluxbox. 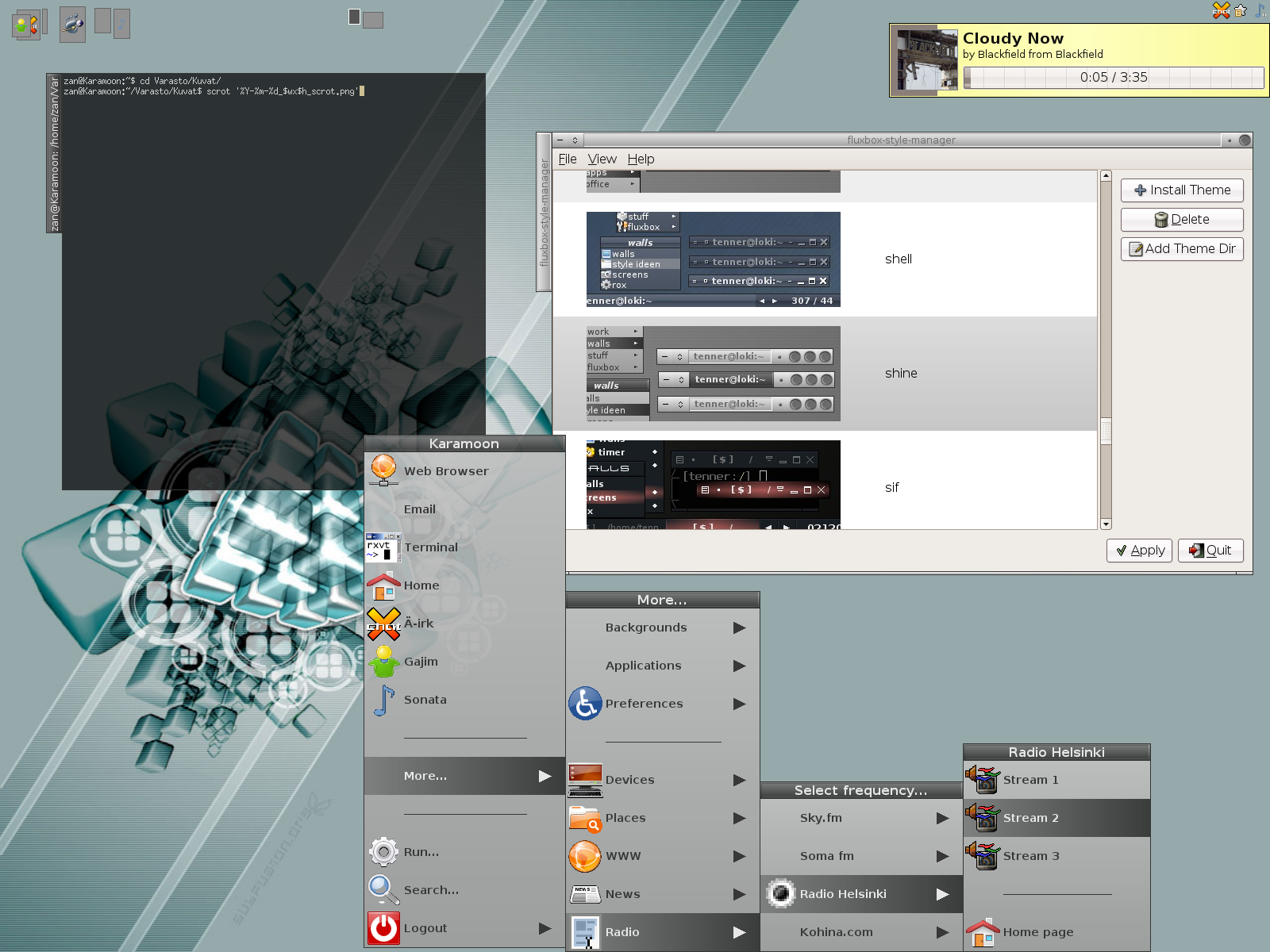 I include FVWM (Figure D) here only for nostalgia. Yes, FXWM is still in active development. And yes, there is still support (in one form or another) for this old-school window manager. But you won't find many people who really WANT to use this throwback to the early 90s era of desktop computing. That doesn't mean you should rule it out as an alternative, especially on desktops where reliability and power are the primary requirements. If you're looking at a scientific desktop where the user really cares only about reliability and doesn't care that the desktop looks more like it was born just shy of Wargames, FVWM is the one. And I will admit, FVWM was the first Linux desktop I ever used, so there is a bit of sentimentality there. 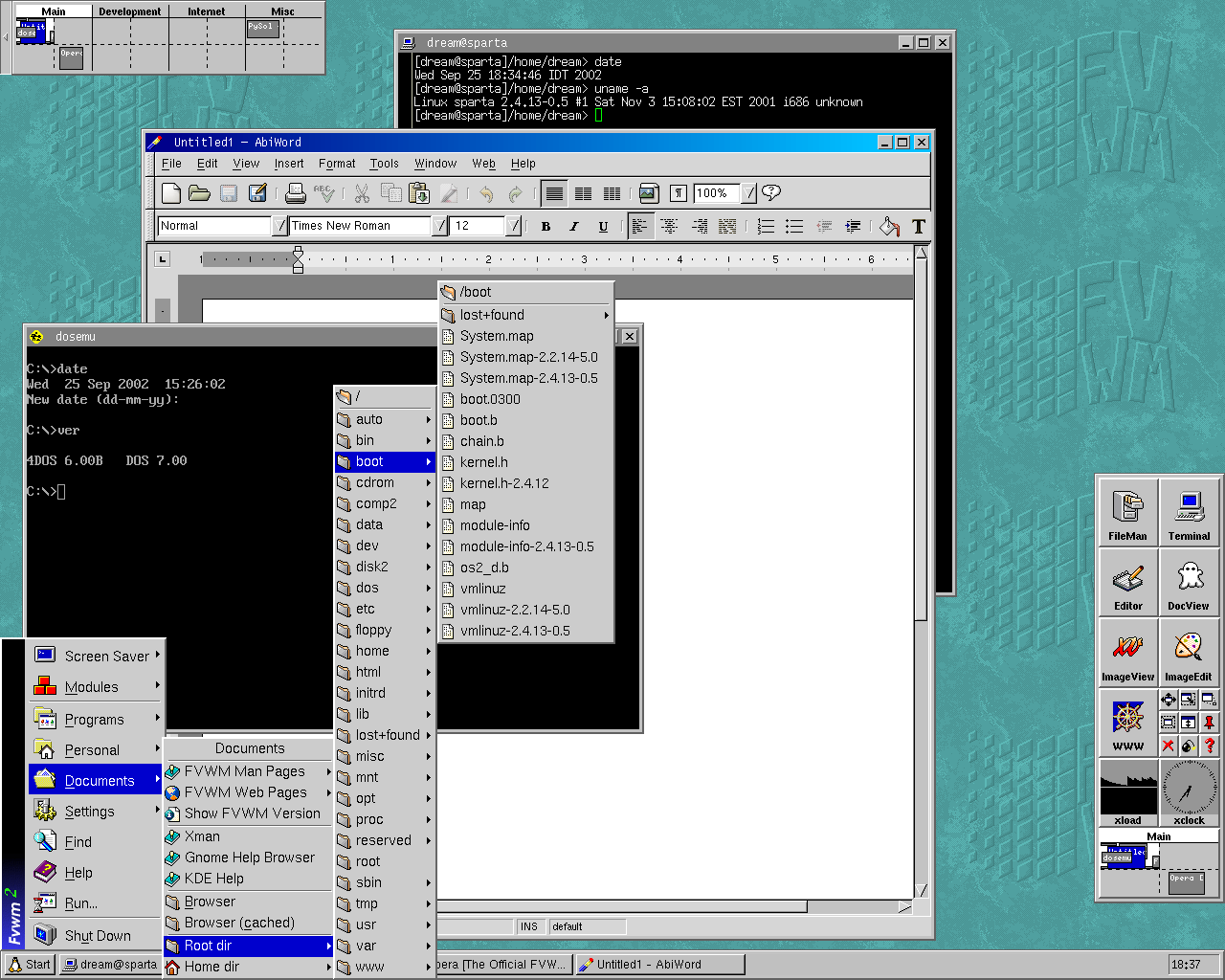 Finally, there is the powerhouse KDE (Figure E). When 4.0 came around, the user base had some serious issues with this desktop. But by the time KDE 4.5 rolled out, KDE had developed some serious stability, and many of the newer features actually made complete sense. Desktop Activities is one of my favorite features on any desktop so far. Although KDE is certainly not considered an alternative Linux desktop, it is certainly an alternative to the new "desktop metaphor" introduced by GNOME 3 and Ubuntu Unity. 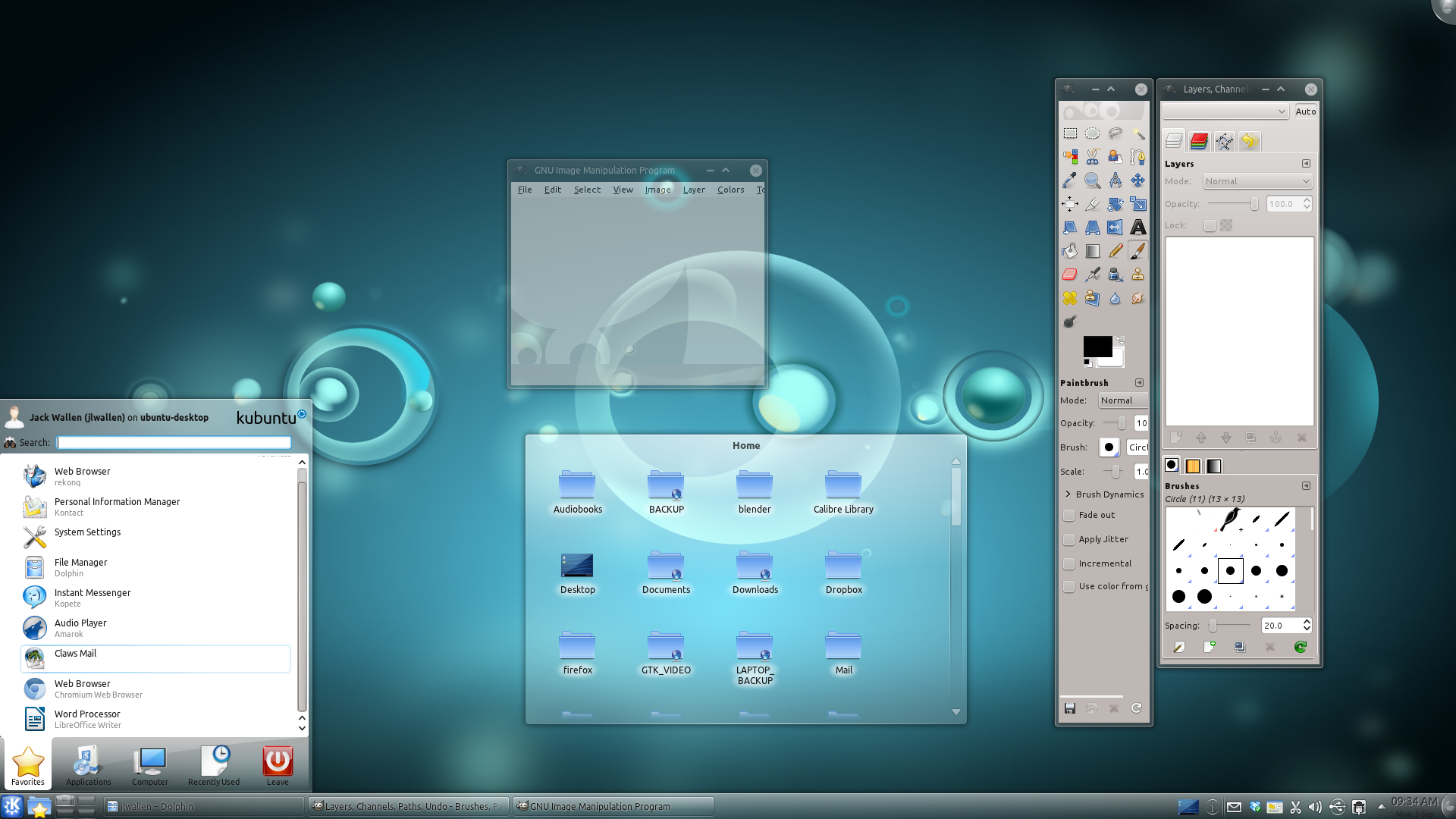 There are plenty more options than the five listed above. But these desktop offer the widest range of function and form, as well as show off the Linux desktop at both ends of the spectrum. So whether you want a minimalist desktop or a full-blown desktop extravaganza, you can have it on Linux -- and still avoid both GNOME 3 and Ubuntu Unity.