When you set up a new Windows installation for yourself, which apps do you turn to first? Scott Lowe shares his work-oriented list of essential apps.

This post was originally published in December 2011. With the pending release of Windows 8, is it time to change the first five apps?

Every so often, I need to provision a new Windows desktop for myself. I occasionally replace my primary desktop computer or create a working Windows 7 virtual machine to use long-term (e.g., on my MacBook Air). Or I may need to reinstall Windows to my Windows laptop. In this article, I'm going to outline the first five tools I install on new Windows installations. (I'm not going to cover things like Microsoft Office, which is generally a given.)

Given the amount of software testing I do, I download software all the time. A lot of what I need comes in the form of ISO files. So one of the first tools I install on my new Windows systems is an ISO image mounter called Daemon Tools Lite. Although Daemon Tools can do a bunch of other stuff, I use it just to mount ISO images on virtual CD/DVD drives that the software creates. This allows me to load an ISO as if I were inserting a disc into a CD drive.

In Figure A, note that Daemon Tools installs itself to the system tray and provides a shortcut menu that allows you to manage the virtual media that's mounted on the managed virtual optical drives. In Figure B, you get a look at the Daemon Tools interface. 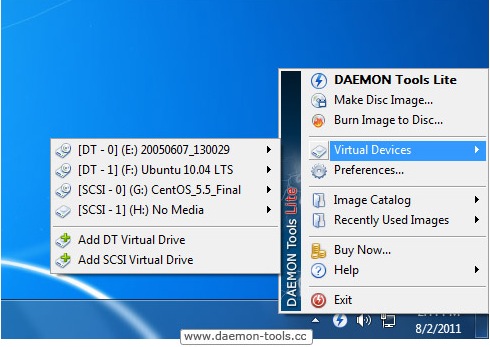 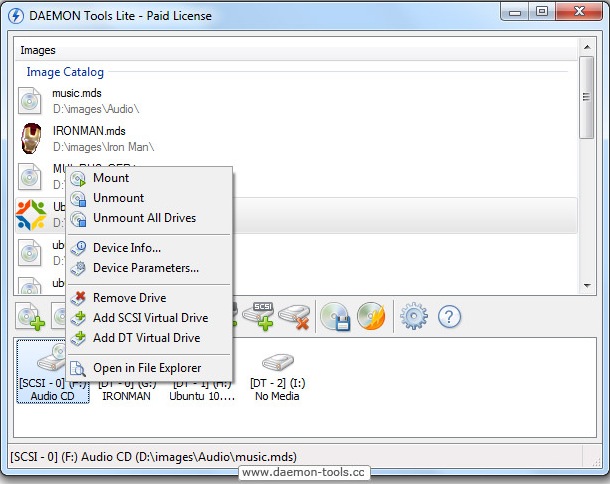 In a recent article, I wrote about the latest beta for Microsoft Security Essentials. I've been a big fan of MSE (Figure C) for quite a while. It's free, it's lightweight, and it does a great job. It's also one of the first five tools I install on every new Windows machine.

There's not a lot to say about MSE. It's an anti-malware application that gets the job done at the right price. 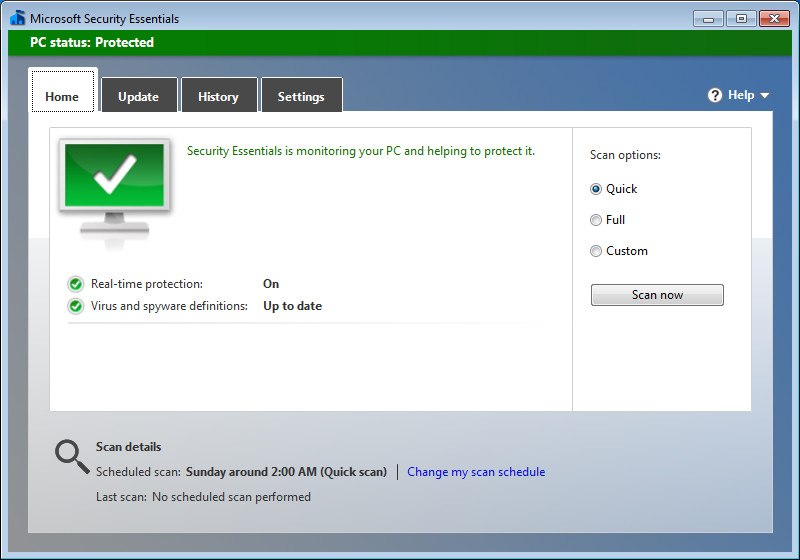 You may know that I tend to write. A lot. And much of my work includes screenshots. For a number of years, I've been using a tool called HyperSnap (Figure D) from a company called Hyperionics. Over the years, the company has improved HyperSnap, but it's always been a robust screen capture tool. It has become almost second nature for me to hit Ctrl + Shift + R to capture a region of the screen; I just do it without thinking.

Up until version 7, which came out recently, I've had nothing but great things to say about each new release of the product. Version 7, however, feels like a small step backward to me. It's still a great tool, but some of the ease of use has gone away. Older versions made it really easy to, for example, cut a vertical or horizontal strip out of a captured image. But version 7 has rearranged the interface and "hid" some of the great stuff under layers.

That said, I'm still a huge fan of the product, and as long as they keep making it, I'll keep upgrading! It's inexpensive and extremely easy to use, and it lets me quickly adjust captured screenshots to suit my needs. 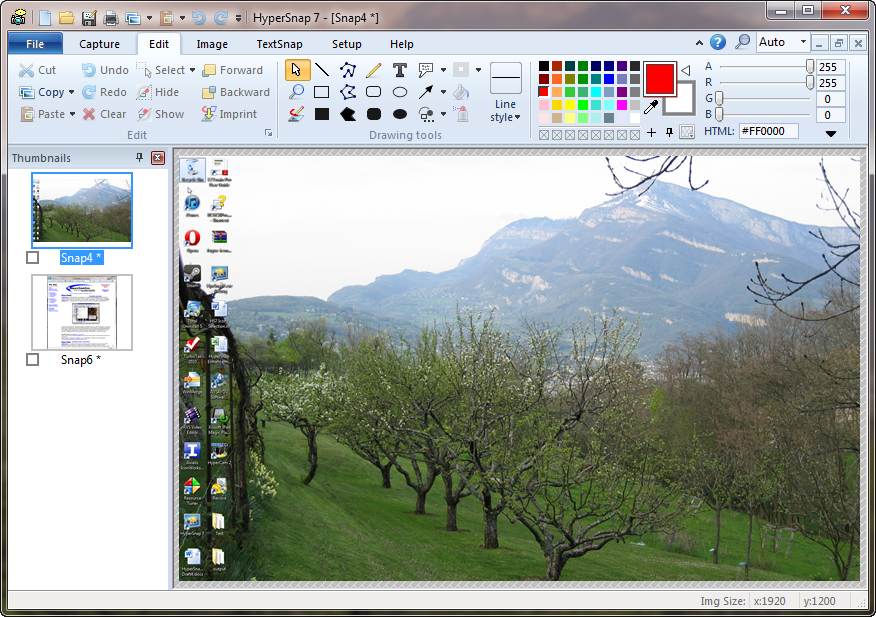 Again... I write a lot and I use a variety of tools to do so. I do a lot of my work in Word, but I also publish a lot of items directly to Wordpress-based blogs. I can use Word for that as well, but I actually like Microsoft's free Windows Live Writer tool (Figure E) much better. Writer does an admirable job of getting formatting right and dealing with images. Images can be a pain in the neck sometimes in WordPress, but Writer handles them with ease. So I can focus on creating content as opposed to having to mess around with the mechanics.

Setting up Writer is really easy, too. Simply point it at your blog and provide credentials and Writer does the rest of the setup.

I test everything under the sun. I have a great lab set up that runs Hyper-V, but I also use VMware Workstation on my desktop (Figure F). VMware continually blows me away with every new release. The primary reason I moved to Workstation 8, for example, was because of its ability to pass VT/AMD-v hardware virtualization extensions through to virtual machines. This makes it possible to test in a virtual environment software that depends on these extensions being present.

I've been a Workstation user from the very beginning. I've tried everything else as well, including VirtualBox and Virtual PC. I've always returned to Workstation, though. It's extremely feature rich and, while it's not free like the others, the features have outweighed the cost. 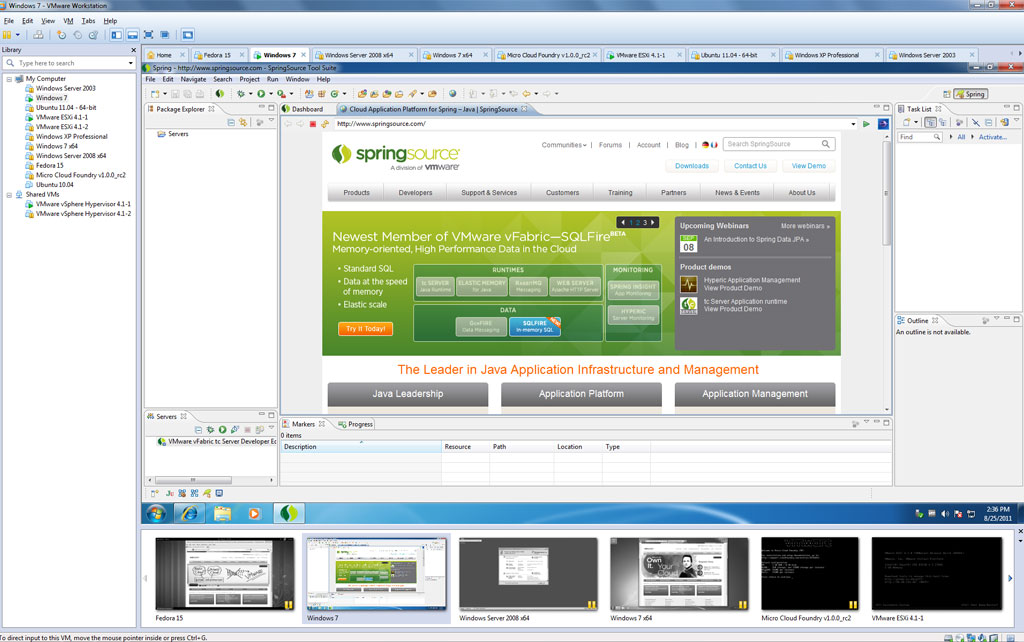 VMware Workstation 8 is the king of desktop hypervisors at present.

What are your first five?

Does your list of must-have apps overlap with this one? What other tools do you install first on new Windows systems?