AMD's Charlie Boswell is working with OTOY on fusing the company's server-side rendering technology with AMD supercomputers to offer high-definition content and gaming.

This is a guest post from Andrew J. Nusca of TechRepublic's sister site ZDNet. You can follow Andrew on the ZDNet blog Between the Lines, or subscribe to the RSS feed. 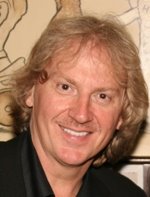 Cloud computing can't possibly handle streaming a first-person shooter or a feature-length film, can it?

Ask AMD's Charlie Boswell, and he'll not only tell you it's possible, but he'll nearly leap with excitement about it. Boswell, AMD's director of digital media and entertainment, is working with Jules Urbach at OTOY on fusing the company's server-side rendering technology with AMD supercomputers to offer high-definition content and gaming.

I spoke with Boswell and Urbach separately about how they're inventing a new business model with the AMD Fusion Render Cloud.

(For the other side of the partnership, read Jules Urbach's interview here.)

ZDNet: Tell me about your collaboration with OTOY.

Charlie Boswell: I'm actually calling you from the set of 'Machete' by Robert Rodriguez. We're heavily involved in the effects industry, and we're working with him on on-set streaming, HD streaming from a camera. It's cloud computing meets filmmaking - the ability to look at camera angles before he shows up on set. It shows our level of involvement with the content creator. We want him to have a better user experience.

As for our collaboration with OTOY, they have technology based around AMD GPUs to allow a fully-interactive high-definition gaming experience served up from the cloud. The Fusion Render Cloud lets you play a game through a Web browser, for example. What this means for the user is that you don't have to worry so much about downloading and authorization and even having the latest version of the game.

The key point is that this is a focus more on the task than the technology - I'm sort of called the ‘chief empathy officer.'

What makes all this work is AMD's Fusion technology. We now control both the CPU and the GPU. We have full developmental control as well as control of the platform.

For the first time in AMD's history, we're now a platform company.

If you look at our recent history, we were not an enterprise player. When we introduced Opteron, we were the first. We began to change the Internet then, from a performance point of view.

Cloud computing is not for the faint of heart. It's not going to be for a bunch of guys to put some computers in a warehouse somewhere.

You need truly-scalable, enterprise-class technology to build this on. Now with having the GPU developers under one roof, we're the guys that are going to usher in cloud computing technology.

The top three vectors of what we do is the cloud, the enterprise and the clients. We have now the full enchilada to make this thing happen.

ZDNet: So "AMD, the future is the cloud?"

CB: You have to have a company and a culture that's really steeped in content creation. Serving up high-definition content and video game content over the Internet is quite a feat. To do so where bandwidth and ping times are not a factor is so cool.

Game companies are going to be like cable companies: you send them a check and get everything.

I'm more of an artist than I am a technologist. i believe that cloud computing will put away this useless complexity that people have oriented their lives to. Take a look at Google and Amazon - there are cloud experiences that are working now.

But gaming is a high-demand task.

Take World of Warcraft for example. Huge - it takes hours to install and download scenes. It's an amazing game, but let's make it even more simple. Let's take your use of a computer on a day-to-day basis, where you have an application on a client. There are times when you don't have the proper codec or driver installed.

"Do you have the latest driver?" is an almost obscene, pornographic question. I don't care. That's all got to go away.

It's about global nerding. Cloud computing puts the task, rather than the technology, back to the forefront. I don't want to play with a computer - I want to play a game.

It's important for the game developer, the filmmaker, the end-user. Rather than install, you do a Web click. That's it, you're running. It's running in a browser. There's no arabesque menu system, no waiting - it's instant. That's the new mode of operation for the Internet.

With Web 2.0, there's a demand for rich media [and] a better experience for the web surfer. The networks are pushing content down to the Web. We're in a renaissance period, and where this technology is in the hands of an innovator, it's going to make great leaps.

ZDNet: But surely the cloud has its faults.

CB: The biggest detractors of the whole concept are the technology people. "You can't do it," they say. The geeks know that the cloud is going to lower their importance. You don't need armies of geeks anymore. Subconsciously the nerds know that and they resist it.

You know who reached out to me more than anybody after [our launch at] CES? The ad people.

There's going to be a renaissance around the Madison Avenue guys selling their wares, allowing people to navigate products and personalize the advertising. Show yourself in the car, in a new suit, in a movie. That 15 minutes is something everybody's looking for. There's a cultural need to be a part of this.

The new Internet in the cloud is going to feed that.

We're a technology culture that's really focused on driving demand through a better experience. The fact that we're enterprise-class means it's truly-scalable architecture that meets all of the demand of IT professionals all over the world. The OEMs we work with are all top-tier.

The Fusion Render Cloud is made up of Fusion render nodes - AMD CPU, GPU and platform tech that scales. There may be, say, several games on one node.

The cloud has a green lining. It's the nerdorati, the technical guys, that are resistant.

ZDNet: It's certainly an interesting way to avoid content piracy.

CB: If you're a publisher or content provider and want to open up a new market, you won't have to deal with piracy.

If I want my students to learn Adobe After Effects, I have to have 30 licenses and 30 machines. There's a user experience economic windfall that's going to happen here. It will force people to think differently.

Today our lives are literally strapped to devices that have all your data on it. Storing that stuff in the cloud offers opportunities for better security.

This is happening with or without people on this call. The cloud's been waiting for motivated individuals.

We're not going to wait for somebody to define the future for us. It's too competitive. We have to step up.

The Fusion Render Cloud is going to do to the Internet what the FM transceiver did to AM radio. It's going to bring in a higher-quality experience. It's designed to generate more demand for content. The radio analogy for the cloud is very applicable, I think.

Read more in an interview with OTOY's Jules Urbach.

Andrew Nusca is the editor of SmartPlanet.