It's summer! And you know what that means: The World Series of Video Games (WSVG), this time kicking off its U.S. run in Louisville, KY, home to our very own TechRepublic. This year, just like last year, WSVG has teamed up with LANWAR, Inc. and its annual MillionManLan gaming event for a mega frag-fest like no other in America.

This was the sixth annual MillionManLan and the second annual WSVG. Including all the quarterly events LANWAR, Inc. hosts each year, this was its 34th consecutive event and its 5th 1,000+ gamer event. LANWAR has come a long way over the years, evolving from a small event with just a few dozen young people to a huge event with a demographic ranging from the very young all the way up to senior citizens.

Last month in Louisville, Troy Schwartz and his crack team of technical experts and organizers put on an event that appeals to a wide range of people and encourages attendees to enjoy the social atmosphere around them as much as they enjoy pumping some virtual baddies full of lead. This year, I got a chance to sit down with one of those technical experts that help make the "Bring your own computer" (BYOC) portion of the WSVG events happen. John-Michael Bassett, known as Zeke at the events, is the lead technical staff member when it comes to infrastructure and network security. He was kind enough to answer all the questions I had for him and helped shed some light on how an event of this magnitude is executed.

Here's what John-Michael had to say. 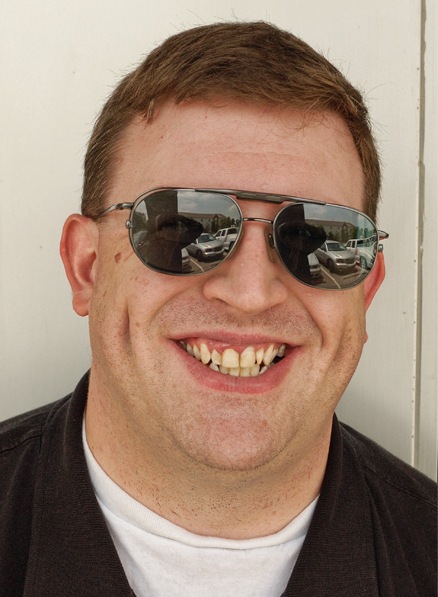 I have to thank John-Michael for sitting down with me. As a long-time attendee of these events, it's nice to get a feel for what it's like to plan and execute. These guys work very hard and do so out of their love for the gaming community and for the LANWAR/MML/WSVG franchise. MML 2007 was a smashing success event, and I can't wait until next year.

If you're interested in seeing some pictures from the event, check out TechRepublic's WSVG image gallery.