Edmond Woychowsky says the browse-based game SpaceTrek: The New Empire is like a cross between the old text-based Star Trek computer game and the open source game FreeCol.

Since mid-October 2009, I've been researching warpfield theory, advanced antimatter technologies, and disruptor-weapon development. In the near future, I'd like to research plasma torpedo construction and sorium mining so that I can then look up quantum torpedo construction. Maybe then I'll be able to get my name off of the top 100 list of players who have lost the most star ships in SpaceTrek: The New Empire (Figure A). I'm not so much as channeling my inner Captain Kirk as my Phillip II of Spain. Playing this online game is rather humbling. Figure A 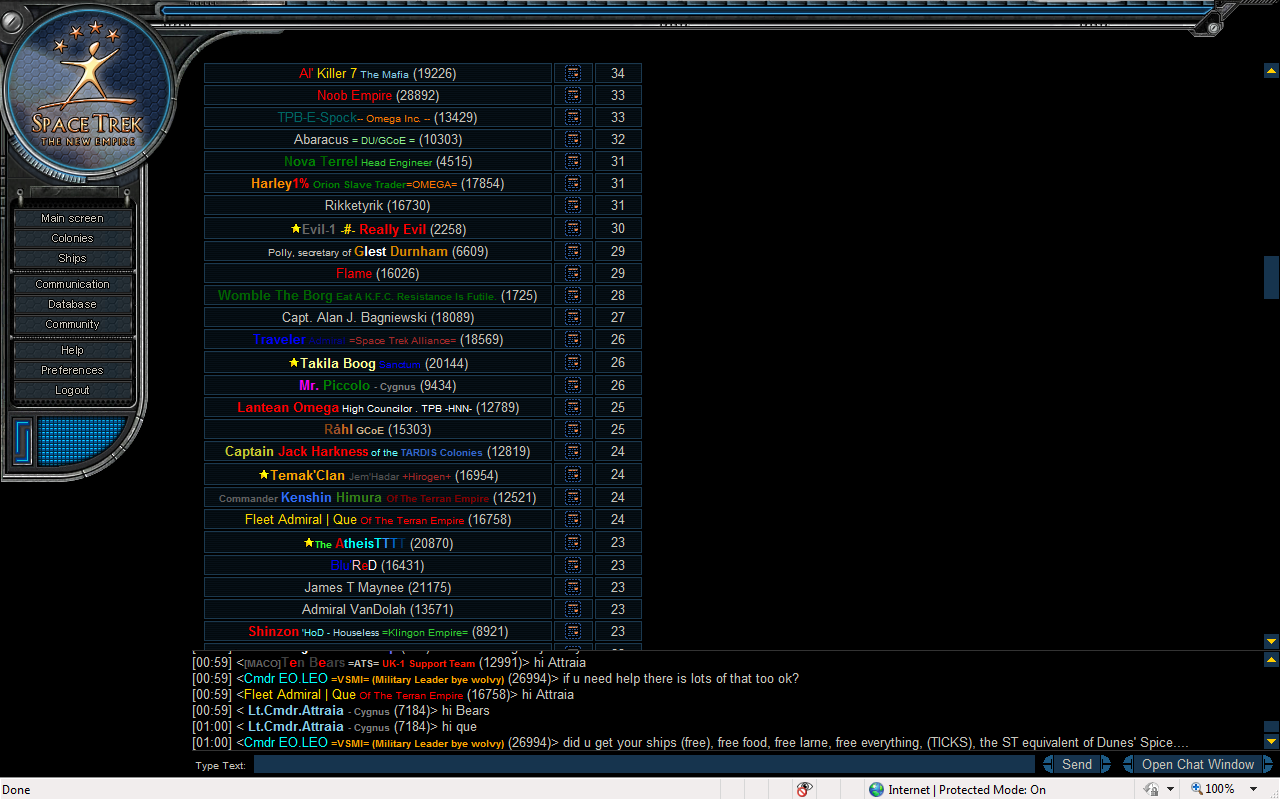 If you're unfamiliar with this browse-based game, it isn't Star Trek Online that Wally Bahny wrote about for Geekend in February 2010. As opposed to Star Trek Online, SpaceTrek: The New Empire is more like a cross between the old text-based computer game and the open source game FreeCol. Yes, there's ship-to-ship combat, but you're going to have to build up your empire to produce, or steal, resources and research the technologies necessary for those ships. Maybe that's my problem -- I'm playing like the Kzinti attacking superior opponents before I'm actually ready. It would also explain why I'm also on the top 100 list for destroying ships (Figure B). Figure B 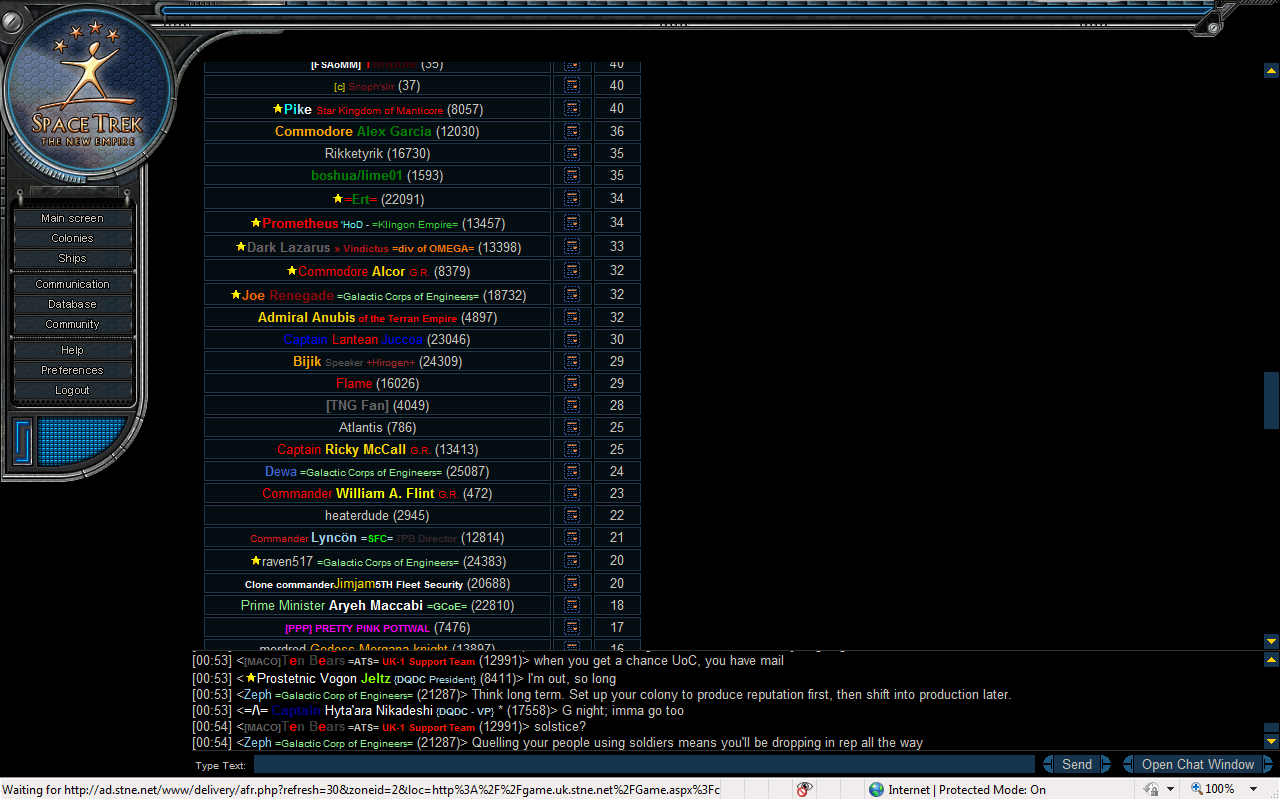 When the game starts, players are at level 1 with a single Class M planet, a few colonists, and handful of ships. Using these colonies and ships, players explore their local space, colonize new worlds, and advance in levels. Fortunately, players below level 8 cannot be robbed or attacked, which keeps those with Space Viking tendencies from overrunning fledgling empires.

Each type of planet, Class-M, water worlds (Figure C), moderate, desert, ice, rock, and lava has its challenges and sometimes unique resources. For example, ice worlds have sorium, dilithium, and plenty of deuterium, while desert worlds have nitirum and an abundance of solar power. In addition to the planets, there are ice and rock asteroids, which can be colonized, and nebulas where deuterium can be harvested. Figure C 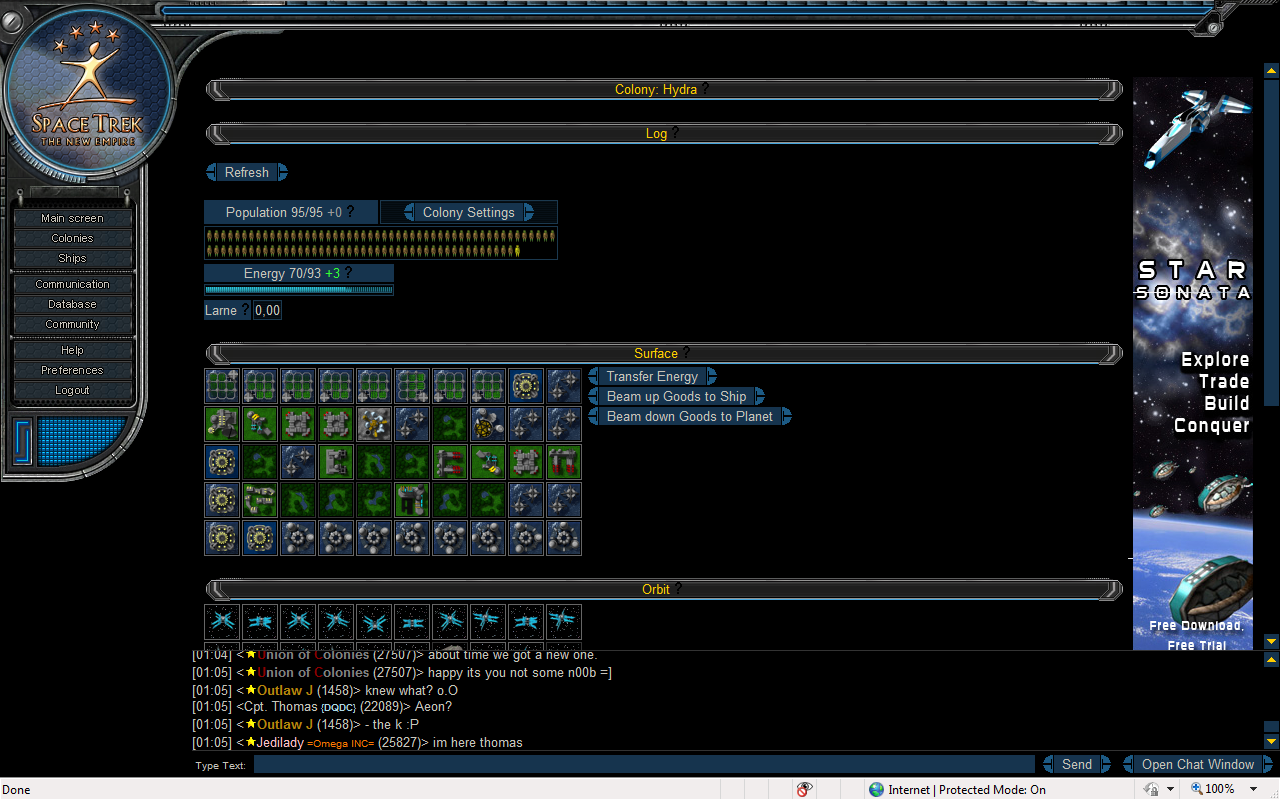 A water planet surface. (Click the image to enlarge.)

When a world is first colonized, you need to deal with three major issues: food, power, and resources. Food is easy; it can be produced through the traditional method, farming, or by using replicators. Power is produced through several methods, ranging from solar to planetary warp cores or even the more dangerous polaron power plant. While the output from the polaron power plant is second to none, it does somewhat damage one's reputation in the galaxy -- and there's its 0.02 % chance of blowing up and taking surrounding structures with it.

Beginner-level ships in this game are the typical colonization ships, mining ships, tankers, and cargo vassals. These ships have deflectors, shields, and, in some cases, basic phasers; it's only in the more advanced ships where you begin to see better weapons. Through research (Figure D), which is paid for in rather expensive ISO chips, it's possible to learn how to produce ships that carry disruptors, photon torpedoes, plasma torpedoes, quantum torpedoes, and even new types of ships. Figure D 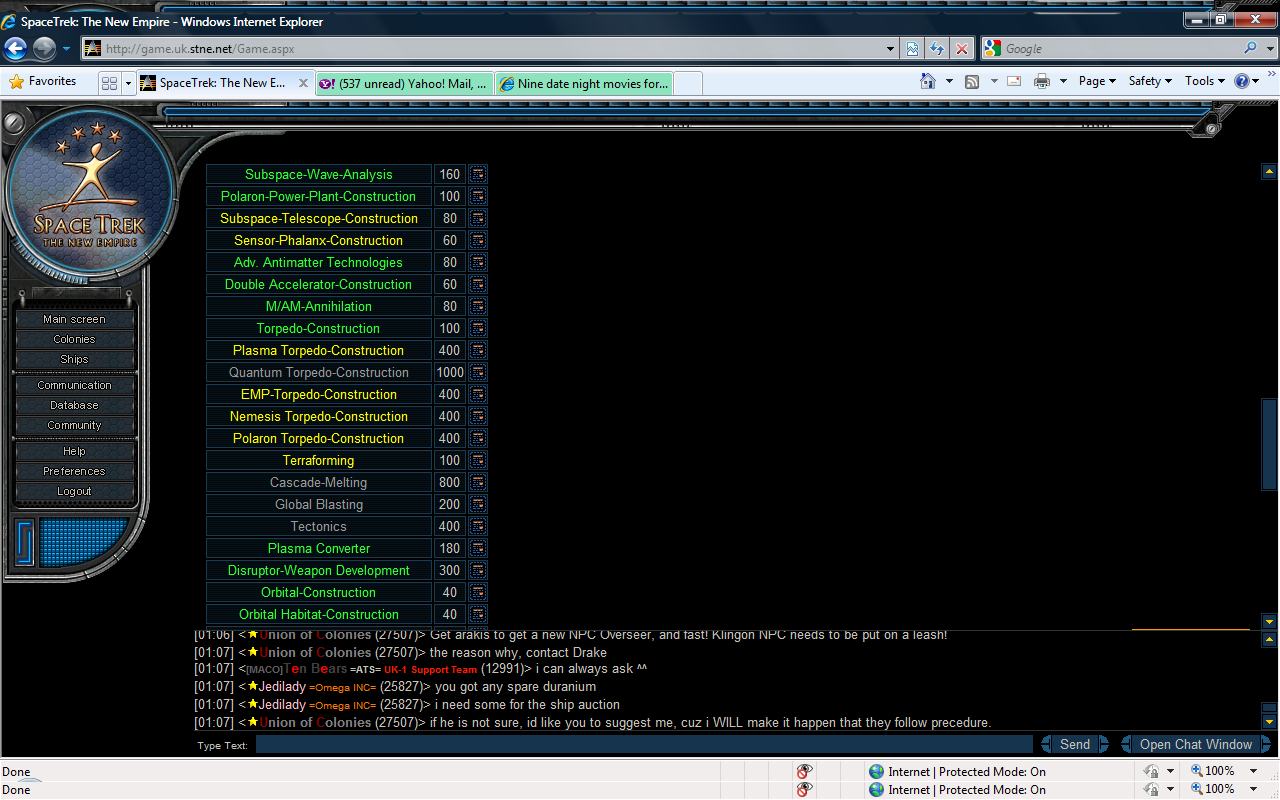 Fortunately, colonies facing these formidable weapons have defenses that may not stop attackers but just might make it rather costly to pillage a world. Ah, there's nothing like a phaser cannon to reach out and crush someone (Figure E). Figure E 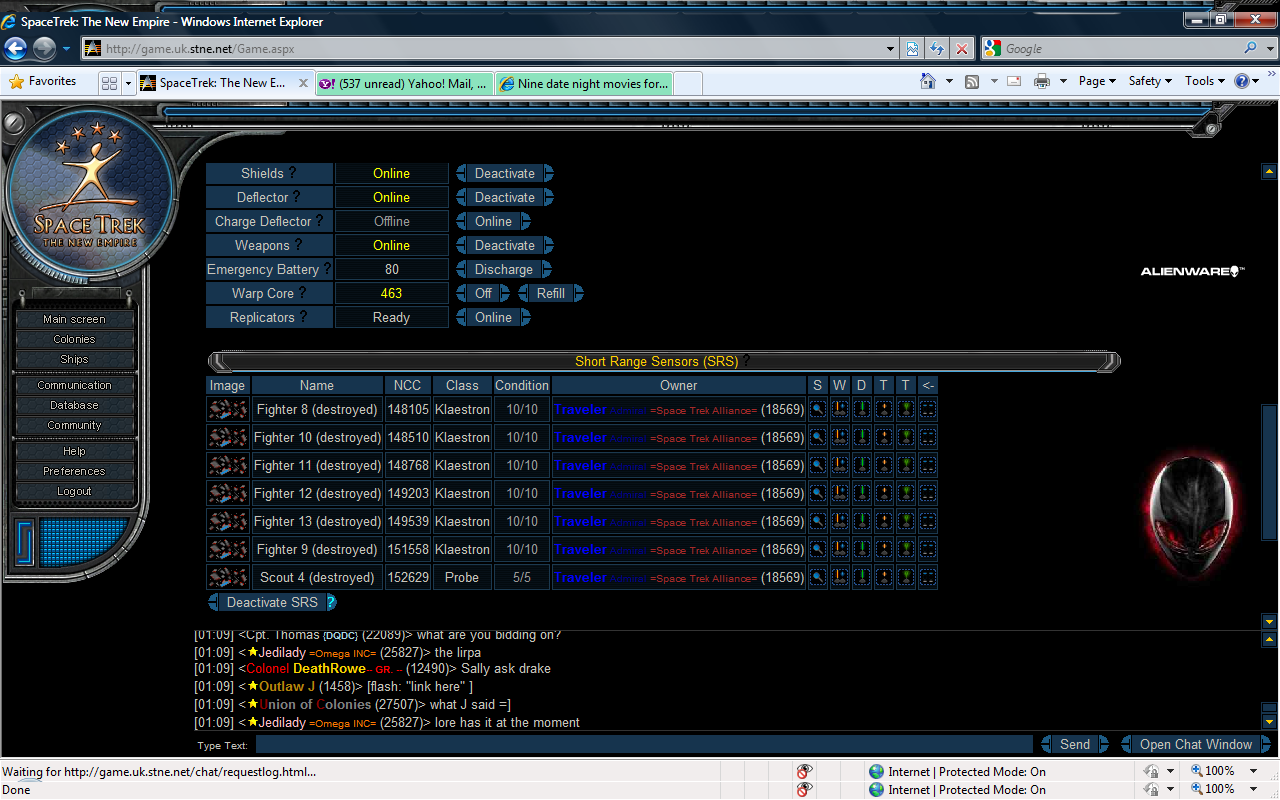 The reaction to an uninvited guest. (Click the image to enlarge.)

Have you tried SpaceTrek: The New Empire or another free online game? If so, I'd like to hear about it.