Choosing the perfect geek-friendly gift for your perfect geek requires some research, let us help.

I am not what you would call a big shopper, but I do pay attention to the deals that come along with all of the Black Friday hoopla every year. It is possible, with some careful research and attentive web-surfing, to get some really good deals on geek-friendly gadgets, gizmos, and devices. And, I am always for that.

However, the potentially more difficult part is deciding what products we should be searching in the first place. That is where our colleagues over on CNET come into play with their 2012 Holiday Gift Guide. The review staff at CNET have compiled their list of the best consumer devices in many categories, including televisions, cameras and accessories, home theater, tablets and e-book readers, phones and accessories, desktops and laptops, audio and heaphones, printers and peripherals, games and gaming systems, and even cars and car tech.

Check out the guide, read the reviews, and you are almost guaranteed to find something that would make the perfect gift for the geek in your life (even if that geek is you).

Products in my sights

There are several reviewed products in the CNET guide that drew my attention. Some are just interesting, but a few have me warming up the credit card.

I am a big fan of wireless technology, especially when it can be used to eliminate wires in the living room. In the past, I reviewed the ASUS WiCast EW2000 Wireless HD Video Transmitter and Receiver, which was great for getting an HDMI signal from a computer to a big screen television without a cable. The Belkin Bluetooth Music Receiver operates on a similar principle. It might be worth the relatively inexpensive price to transfer music across a room wirelessly.

I am a big fan of Roku. I have the Roku XDS and love it because it just plain works with no hassle. If you don't have a streaming video device, you really should get one - it makes television worth watching again. I recommend one of the Roku boxes, but there are several products to choose from and the guide provides reviews of those for you to consider.

I am a computer gamer and I have been for a very long time - my first computer was a Commodore 64. My current game machine is an Alienware Area 51 X58 purchased about four years ago. It is a great machine and I recently upgraded the two graphics cards to EVGA GeForce 550Tis. But that doesn't mean I still don't pine for something new and even more powerful. The Maingear F131 is intriguing, mainly because I have never heard of the company before I saw the video review. Over the past 10 years or so I have purchased six Alienware-produced computers; it will be good to have some more competition in the enthusiast market. Looks like it is time to start saving up. 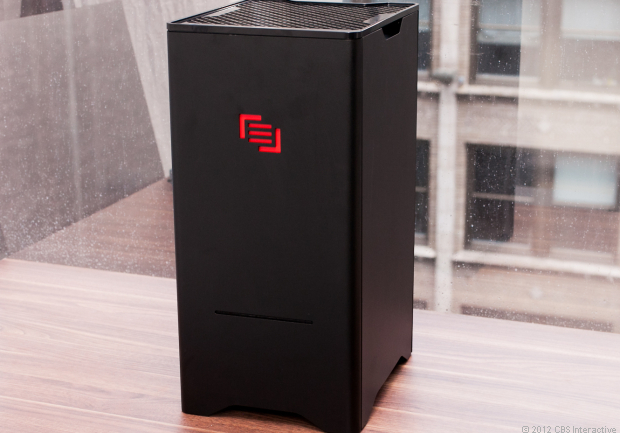 I am not a tablet person - at least not yet. I have tried many of the tablets Bill Detwiler has cracked open (after he put them back together again) and while the all seem to work fairly well, they don't really do anything that makes them compelling to me. However, if I was forced to use one, I would have to seriously consider the Apple iPad. The reason is simple - a plethora of apps. But I would not completely rule out an Android-based tablet - the competition amongst tablets is very close.

On the other hand, for someone like me, who likes to march to the beat of a different drummer, I would also strongly consider the Microsoft Surface. I have been using Windows 8 for almost a year now, spanning its various pre-release configurations and now the retail release version, and I really like it. The Surface comes closest to my idea of a tablet I can actually use productively. It would definitely be the tablet to buck the Apple iPad bandwagon.

There is one thing I have actively been looking to purchase - a new gaming notebook. I currently have an Alienware M11X, which I reviewed for the 2010 TechRepublic Geek Gift Guide. After I reviewed it, I went to the Alienware website and purchased one for myself. It has been a great PC, but it has started to feel a little small to me. Gaming notebook's like the Digital Storm X17 are intriguing. These notebooks are essentially desktop replacements, but with one drawback - you can't really upgrade them. Still, there is something very appealing about high-end gaming while sitting in my comfortable lounge chair.

As the CNET 2012 Holiday Gift Guide shows, there are plenty of geek-friendly product choices available this year. With some purposeful research and a keen eye, you should be able to find some good deals. A good deal, a new gadget, and a happy tech geek - what more do you need?