The Annoy-a-tron from ThinkGeek.com is a little device designed to annoy your friends with a nearly undetectable intermittent beep.

The Annoy-a-tron from ThinkGeek.com is a little device designed to annoy your friends with a nearly undetectable intermittent beep. This little practical joke device can attach to any metal surface via a magnet and clandestinely annoy your victim with a mysterious sound that periodically emanates from its tiny speaker.

Note the sophisticated documentation on the back of the box. The Annoy-a-tron operates pretty much as you would expect: turn it on, set your sound preference, and plant your device where it will do the most good. I'm not expert, but the watch battery that powers the device seems to be overly large for the assigned mission, but maybe battery size is misleading.

We recently tried it out on Head Technology Editor Bill Detwiler and he did get annoyed by what he thought was a sound coming from his LCD monitor. He tried turning off the monitor to make it stop, but that didn't work. We thought it best to come clean at that point before he filed a help ticket for a new monitor.

Personally, I am not fond of the practical joke, but as jokes go, this entry in the TechRepublic Geek Gift Guide 2008 is mostly harmless. At a retail price of $9.99, it is really a small price to pay to annoy your friends and co-workers -- that is, if you are into that sort of thing. 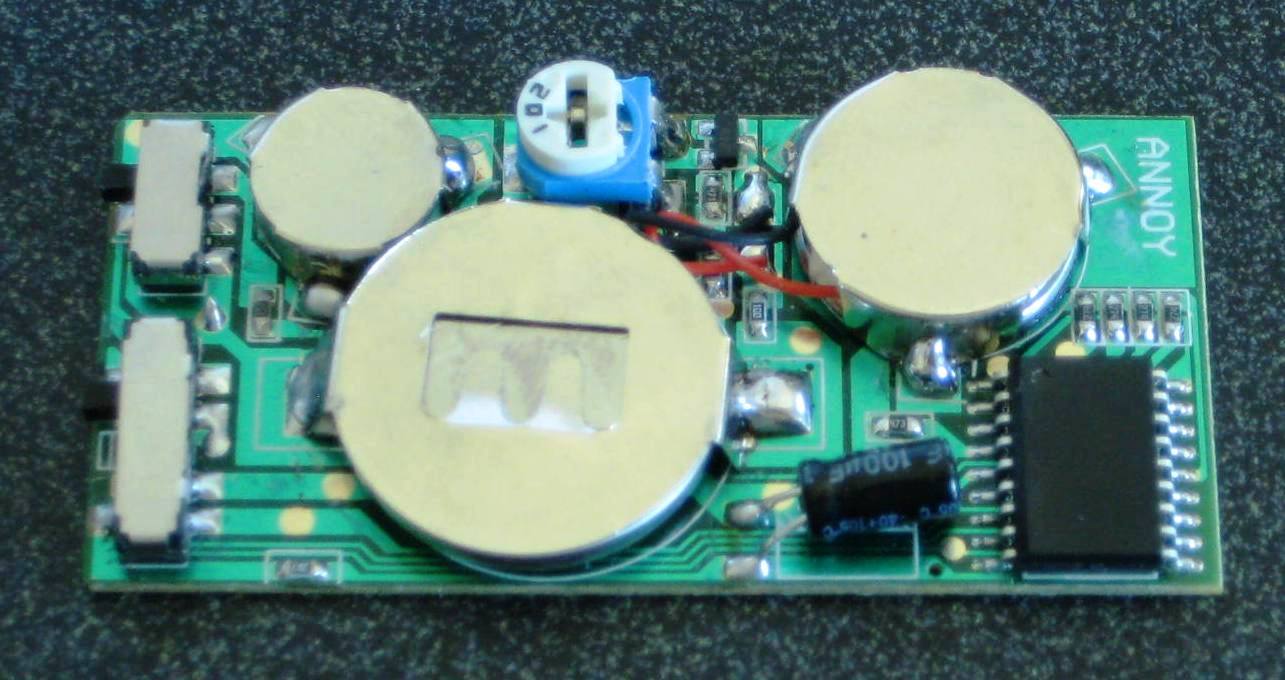