Sony's PlayStation Vita is the next step in the evolution of handheld gaming. Find out what surprised and disappointed our reviewer about the PS Vita.

Sony's newest game system, the PlayStation Vita (PS Vita), hit the U.S. market on February 22, 2012, and it's not like any other handheld system. Not only is the PS Vita capable of playing three of the same games as the PlayStation 3, but it also allows players to play against their friends across the two devices and even transfer their game progress from one device to the other.

The PS Vita comes with very interesting control options. In addition to what are now fairly standard buttons and analog control sticks, the PS Vita includes a touchscreen, a touchpad on the back surface, and a Sixaxis motion sensing system (3-axis accelerometers and 3-axis gyroscopes). There are also dual cameras integrated, as well as the option for voice control.

The PS Vita's other stand-out feature is its use of the cameras to create an Augmented reality. The system comes with a deck of six AR cards that games and applications can use to determine where to position elements within real space on the device's screen. One example of this is the game Reality Fighters, which allows you to position your boxers in places like your living room floor (which I show in the PS Vita TechRepublic gallery).

At the time of this writing, there are 45 games available for the PS Vita, including those capable of bridging with the PlayStation 3, with over 250 more PlayStation Portable (PSP) games that are playable on it as well, if you purchase the downloadable versions. (UMD card-based games are not playable on the PS Vita.) There are several more PS Vita games slated for release in the coming months. The games that are currently available run the gamut of genres, including first-person shooter, racing, action and adventure, sports, and even role-playing games.

I don't usually play handheld games (I think the last handheld gaming system I played was the Sega Game Gear); I was very surprised at the quality of the graphics, the response of the controls (including the touch controls), and the speed of the games. 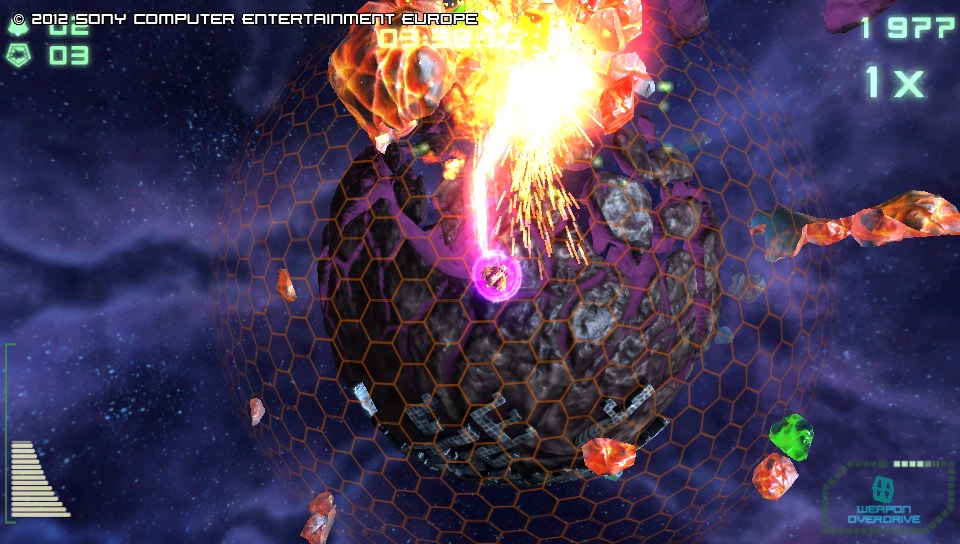 This shot of Super Stardust Delta shows the eye candy of the weapon destroying an asteroid. (Photo: Wally Bahny)

If you enjoy handheld gaming, the PS Vita is the next great step in the evolution of the form factor. And, if you own the PSP, you don't have to lose your investment in digitally obtained games. Enhanced features, such as the touch interactivity, Sixaxis motion sensing, and augmented reality, make gaming really exciting -- if only the PS Vita had a bigger screen.

Note: All photos in this post were taken by Wally Bahny for TechRepublic.