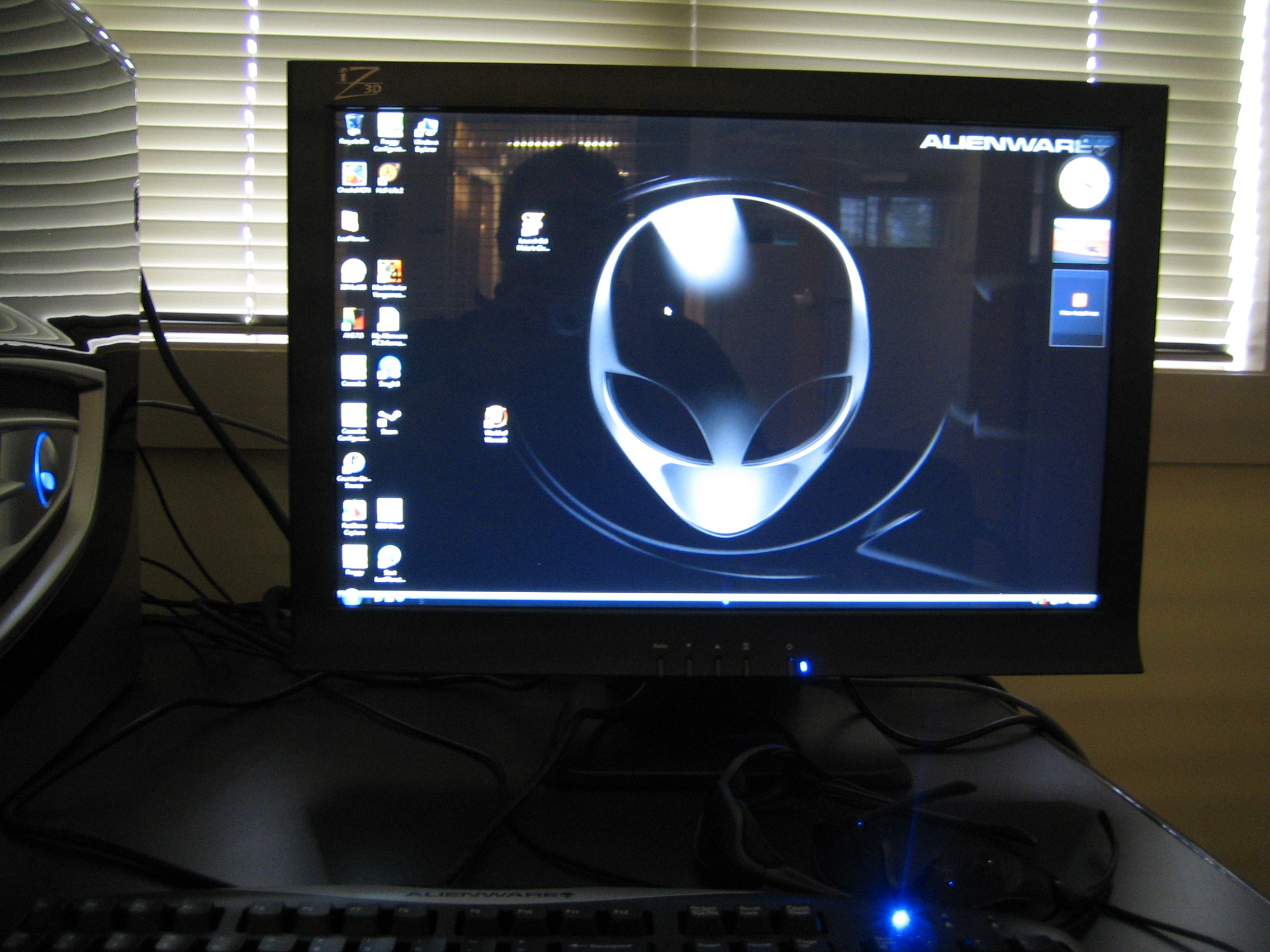 TechRepublic had the distinct privilege of getting a pre-production model of the 22-inch iZ3D monitor for review recently. I published a photo gallery of it, if you want to check it out. After some fits and starts because of drivers and Windows Vista incompatibilities, I was able to put the monitor through its paces. I'm pleased to report that the monitor, for the most part, works as advertised. You can see a 3D image coming from what was once a 2D-only game. However, the 3D experience, while initially appealing, tends to lose some of that appeal over time, tempering much of the initial enthusiasm you may have had at first glance.

First off, let me say that the iZ3D monitor does indeed work; put on the glasses, look at the screen, and you will see a 3D image.

The drivers that originally shipped with the review unit worked fine with Windows XP, but not at all with Windows Vista initially. But after much tweaking and hard work by the engineers over at iZ3D, and after realizing that the AVG antivirus application was causing interference, we were able to get the 3D effect to work under Vista on the Alienware Area-51 7500. There are still some driver concerns to be worked on before the monitor goes on sale, but at least we had a 3D image to look at for our review model.

At home, on the other hand, I ran the iZ3D monitor using Windows XP and an NVIDIA 6800GT. Under those conditions, the monitor performed admirably, and I played several hours of World of Warcraft in 3D mode. I also tried Civilization IV, Half-Life 2, and Far Cry. In each case, the iZ3D monitor worked just fine, and I was able to play the games with the monitor in 3D mode. Even Half-Life 2, which isn't on the supported game list, came through in 3D.

The iZ3D takes advantage of our stereoscopic visual process -- that is, the fact that our right and left eyes see the same object at a slightly different perspective. Among other things, that's what allows us to perceive depth. The monitor has two LCD panels stacked on top of each other. The back LCD controls the intensity of the image, and the front LCD controls polarization. The polarized 3D glasses trick each eye into seeing a single object that appears to have volume and depth.

The technology is ingenious and infinitely better than the old red-blue separation images I remember passing for 3D in my youth at the Saturday matinee.

However, this is where the rubber meets the road. While the iZ3D monitor works, while you can actually play games in 3D, the question is: Do you really want to play games in 3D?

For me, the answer is easy -- no -- at least not for the foreseeable future. Of all the games I played in 3D mode, not one achieved a level where I wanted to play in that mode indefinitely -- and therefore wanted to buy an iZ3D monitor as soon as possible. I played World of Warcraft for more than two hours, but I was never comfortable with the experience.

You have to wear special polarized glasses in order to see the 3D effect, which is itself mildly annoying. However, for a person wearing prescription glasses, the annoyance is multiplied geometrically. Because I was literally wearing two pairs of glasses at the same time, I found my eyes wandering away from what I was seeing on the screen. The extra frame of that second pair of glasses kept distracting me away from the 3D monitor, and I found the whole experience uncomfortable and distracting. I tried the clip-on frames, but they were just as annoying. Some more comfortable 3D glasses would have helped considerably.

But even beyond the double glasses problem was the 3D environment itself. While the 3D effect is cool initially, that first-glance awesomeness wears off very quickly. Interacting with a 3D environment with a mouse in a game where that interaction was not envisioned is an unnecessary complication I don't want to introduce into my gaming. As the mouse moves from the icons and toolbars located in the "front" of the 3D environment to the mob located near the "rear" of the environment, there's a delay as your eyes adjust to the perceived depth.

This constant refocusing is just tiring and distracting. The best way I can describe it is that the images on the screen look like cardboard cutouts in a pop-up book. You must adjust your field of vision from front to back as you look at the screen. This is something your eyes do all the time, but in the games I played it wasn't automatic like it is in the real world.

When it gets right down to it, no matter how much 3D volume the environment may trick your eyes into seeing, there is really no volume at all. The games are designed for the 2D monitor we're all used to. Forcing a 3D view onto a game designed to be shown on a 2D monitor feels just like it sounds -- forced, contrived, and distracting.

There are several other drawbacks to the current iZ3D monitor you should know before you make the leap to 3D. First, the monitor only works with NVIDIA video cards, and not even every one of those cards can support the monitor. The video card must also have at least two video outputs. The monitor is only designed to work well with certain games, so if you want to play a game that isn't on the list, you aren't likely to have a good 3D experience. And there's no specific support for DirectX 10, so how those games will look in 3D, assuming they will be supported, is uncertain.

There is one major caveat to this review -- I'm talking about what is essentially a beta version of the product. Many of my complaints and observations may be corrected by the time the monitor hits the market. For the sake of the folks at iZ3D, I hope that happens and that my reaction to the 22-inch iZ3D monitor turns out to be a minority view. The people there, especially my main contact Aaron Rapp, were extremely helpful and kind. If their efforts to help me are any indication of their dedication to the iZ3D monitor, I think that eventually they will find success.

Tale of the tape

The concept of 3D gaming and the whole field of research known as "augmented reality" is really exciting, but the technology is still in its infancy. I can imagine a day in the not-too-distant future where we will all be interfacing with a 3D environment, but we aren't there yet.

Using the progression of personal computer technology as an analogy, we are at the IBM PC stage of augmented reality development. There are several technological leaps to come, leaps that may yet lead us to the 3D promised land we're looking and waiting for. The 22-inch iZ3D is just an early step toward what promises to be an interesting future for man-machine interaction.

Comment and share: Is there an iZ3D monitor in your gaming future, or are you just seeing double?