Wally Bahny got a Beta key to StarCraft II: Wings of Liberty. Read about his experiences with Blizzard's newest game.

For the last couple of months, the StarCraft II: Wings of Liberty Beta has been available to a select group of players. (The game will be released on July 27, 2010.) I am fortunate enough to have been given a Beta key, so I'm sharing my experiences about Blizzard's newest game.

Blizzard is using a downloader/installer that is similar to the one used in World of Warcraft (WoW). This installer pulls game files from peers or, if none are available, from Blizzard's servers. By pulling from peers, you are able to get the game files faster and, thus, start playing faster. Plus, you won't necessarily have to go to the store and buy the discs; you could just buy a digital license online.

StarCraft II uses the newly updated Battle.Net login that is the same as WoW; this is great for WoW players because they don't have to remember another game login. 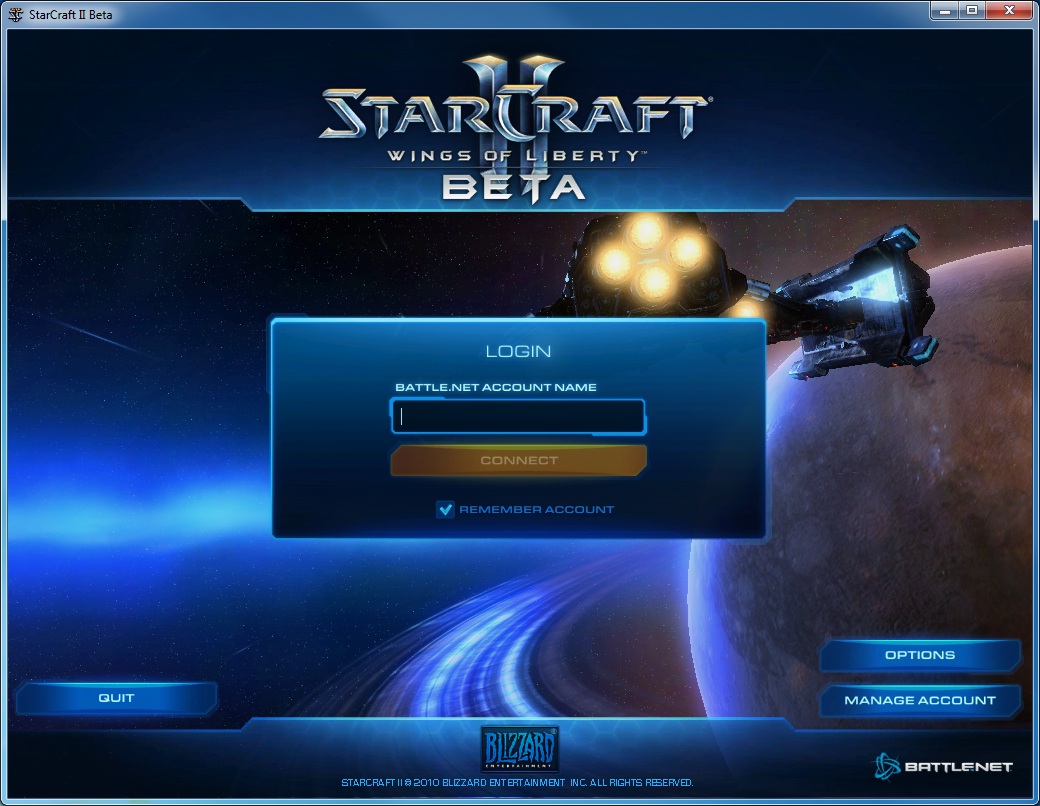 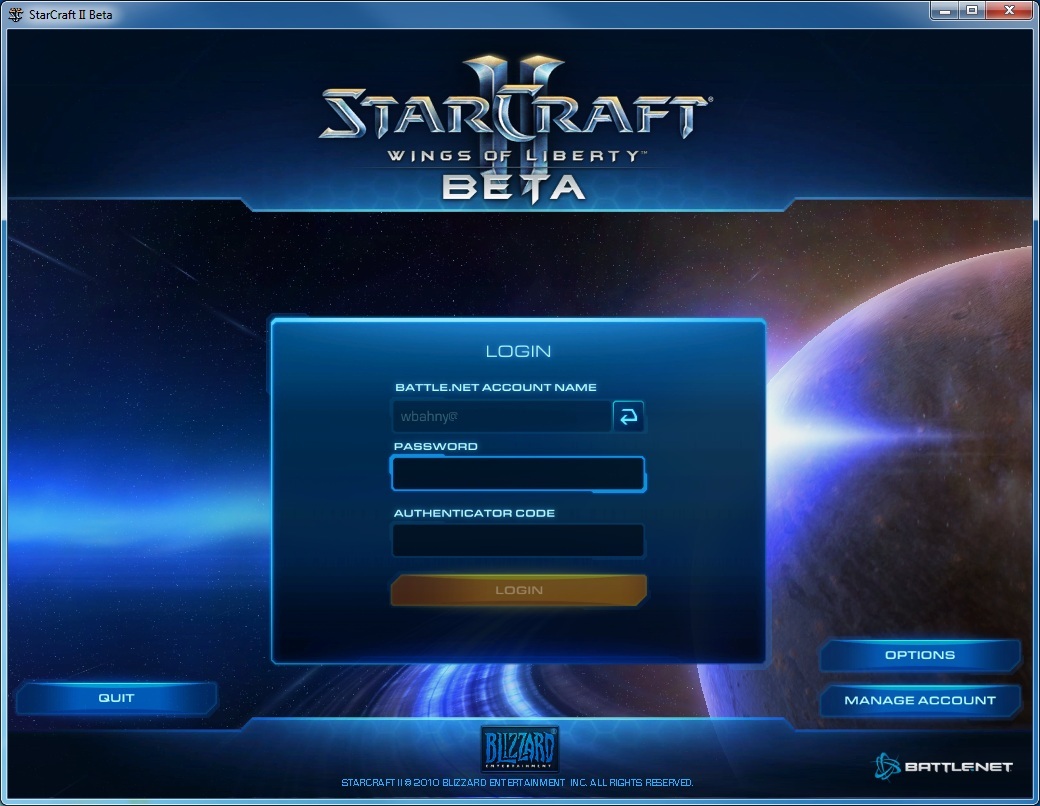 You will be asked to create a character the first time or choose a character on subsequent logins. At least during the Beta, it seems players are only allowed to create one character per account. I suspect this will change with the release; otherwise, this would be a redundant feature. 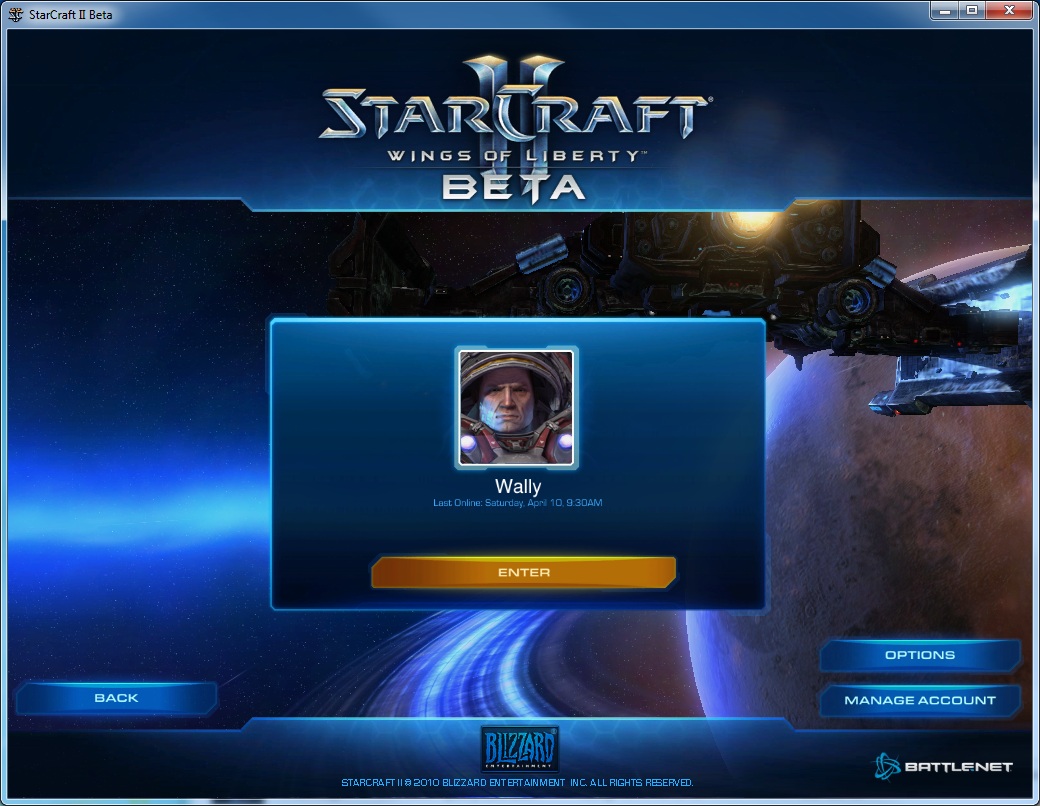 StarCraft II brings back all three of the races from StarCraft and its expansion pack. These are:

The Terrans are descendants of a future Earth where the cybernetically enhanced and genetic mutants have been cast off the world, and they form their own planetary governments on the worlds where they settle. The governments formed often fight amongst each other, but they have been able to create occasional alliances. These altered humans are most often seen in-game inside of powered combat suits and armored vehicles such as tanks and spaceships. These humans have also developed some psionic abilities, probably due to the cybernetics and genetic tinkering. 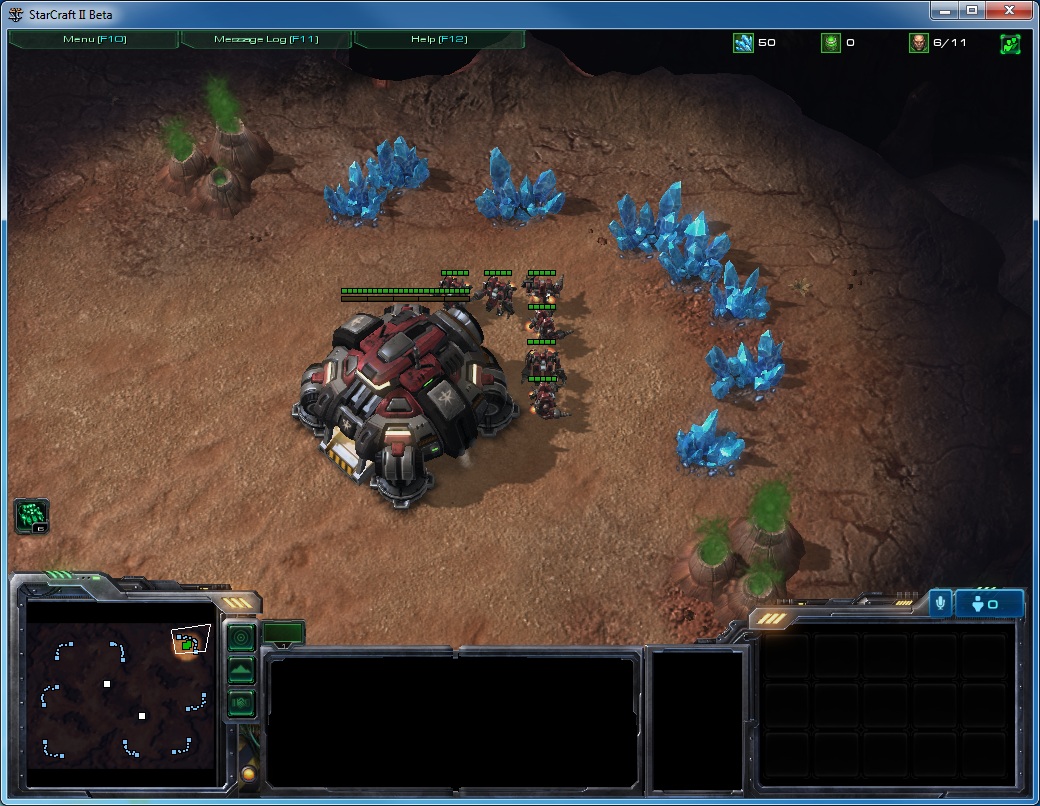 The Zerg are a race of insectoids and are generally the antagonists in StarCraft. The Zerg's most notable trait is their ability to morph their larvae and drones into whatever unit or building they need. Above that, the Zerg live as a part of a collective consciousness and assimilate other races into their genome. The Zerg are limited in their base expansion by a biomatter carpet called "creep," which is emitted from the hatchery and nourishes their structures. 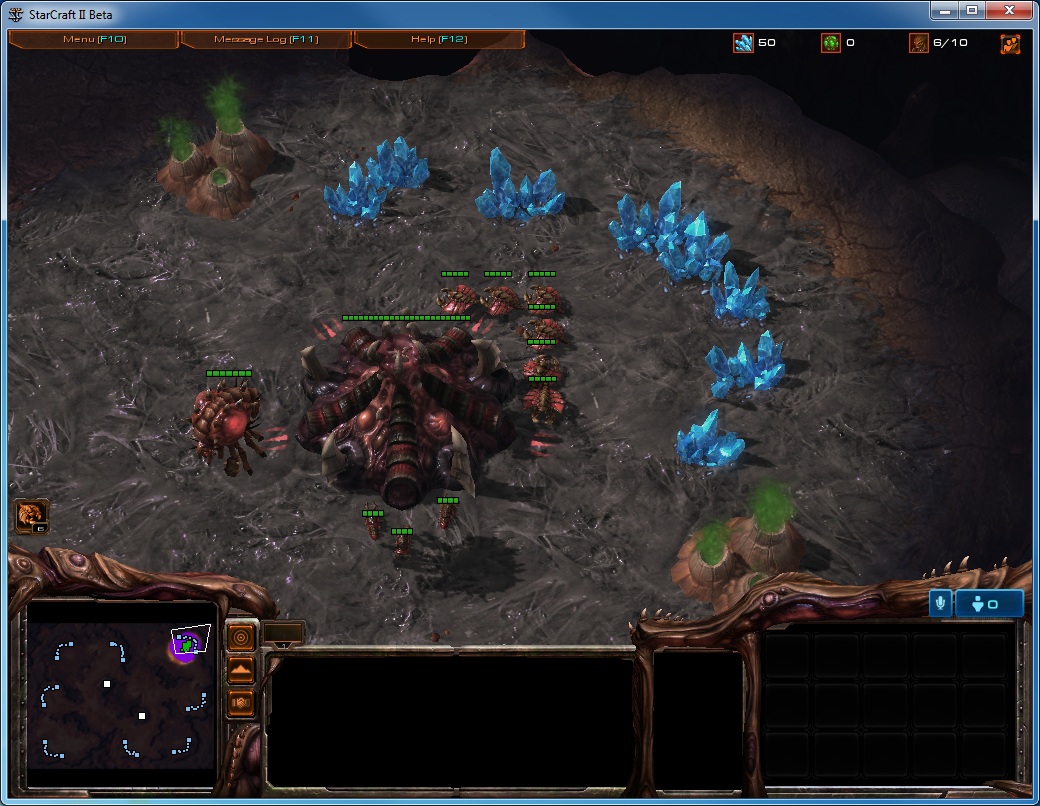 A physically imposing humanoid species, the Protoss are also the most technologically advanced race in StarCraft. Protoss units are either armored members of their species or robotic drones. Protoss buildings and units are heavily armored and have powerful attacks but are also more expensive to create. 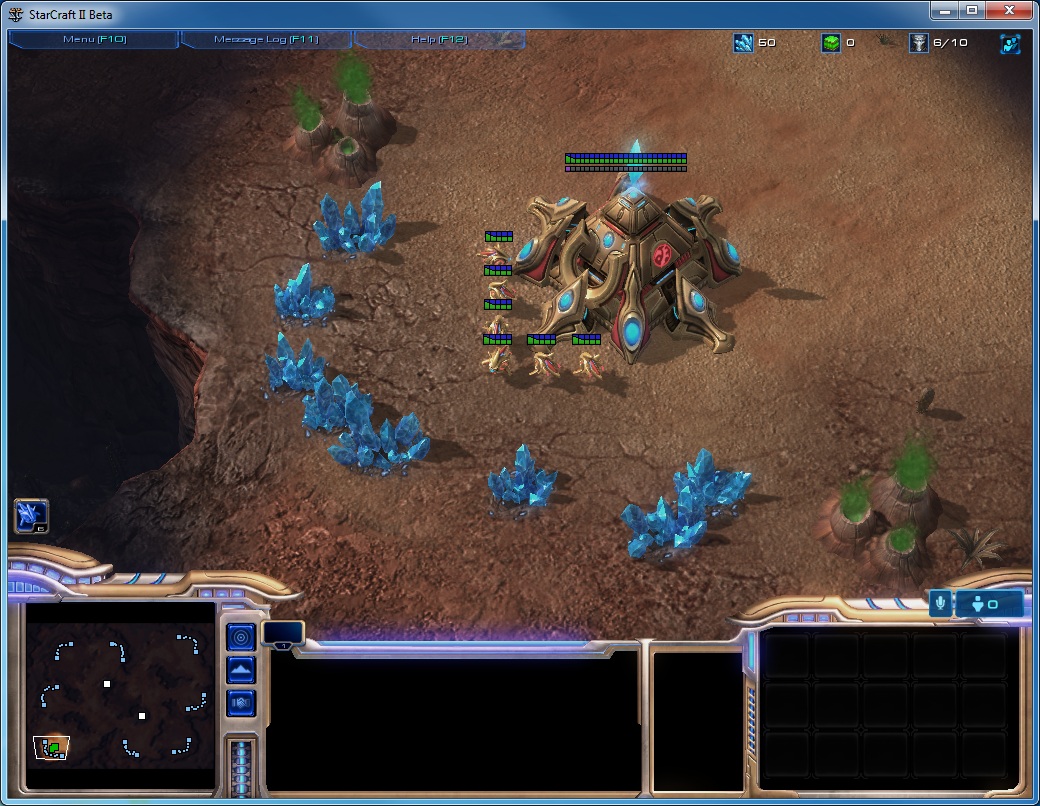 The next screen after character selection is a Beta Welcome screen. I'm not sure what this will be replaced with in the final version, and it was confusing to get past the first time I saw it. Blizzard has publicly announced that the single-player campaign will not be available in the Beta, so the only option for players is to go to the multi-player section by clicking the Multi-Player button at the top of the screen. Even though this is technically multi-player, it also covers Custom Games with any number of human players and AI players. 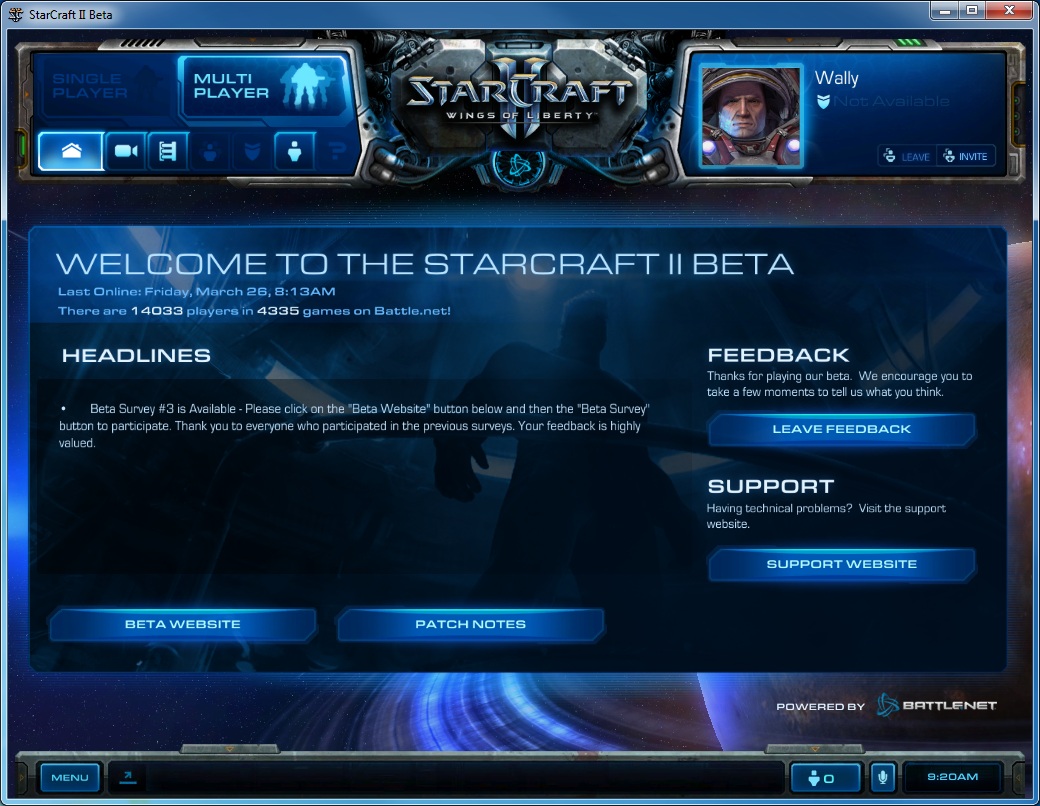 The largest portion of the Multi-Player screen is taken up by the leagues and ranking system. Blizzard has made a great effort in this game to combat any bots, code interception/injection, or other cheat methods and has built this ranking system around that confidence. Players starting out will be given the chance to play in the Practice League for five matches before moving up to the actual ladder system. For players who are more confident, they can skip the Practice League. 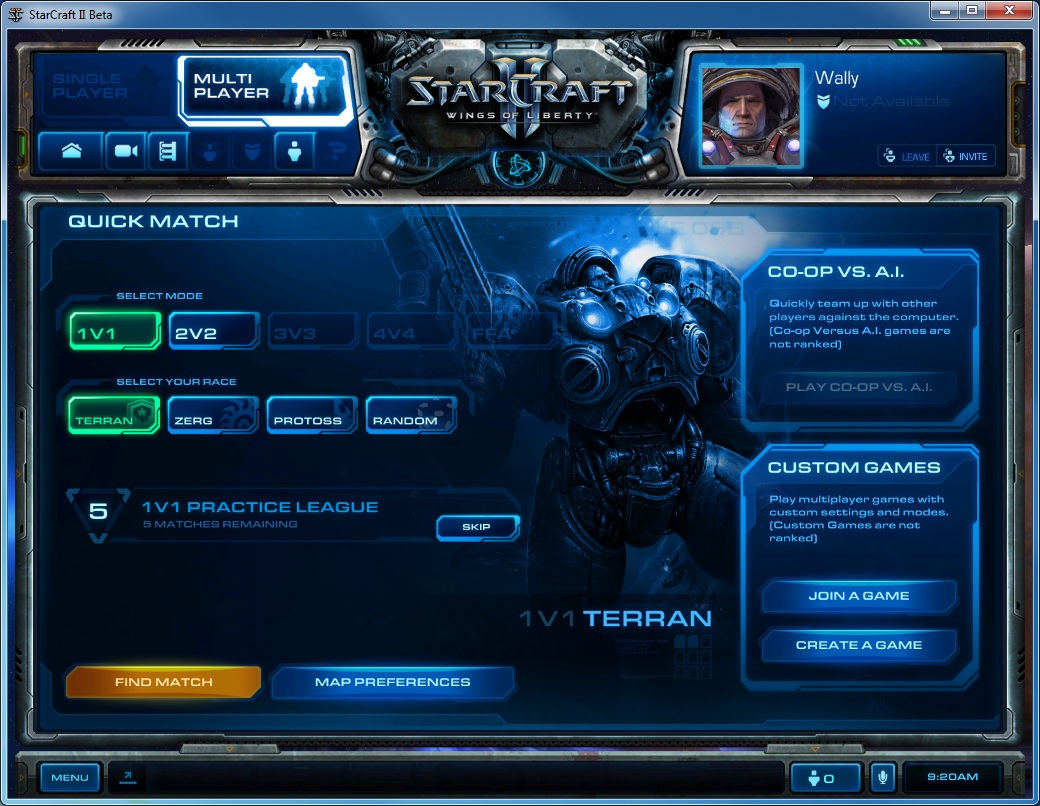 A much smaller portion of the Multi-Player screen contains a couple of buttons pertaining to Custom Games. As I stated, Custom Games can have any combination of human and AI players, limited in number only by the map chosen to play. Each player (and the game host for AI players) is able to choose their preferred race and a color to represent them. The host is also able to control the map settings and AI difficulty, invite players, and open the game to the public. 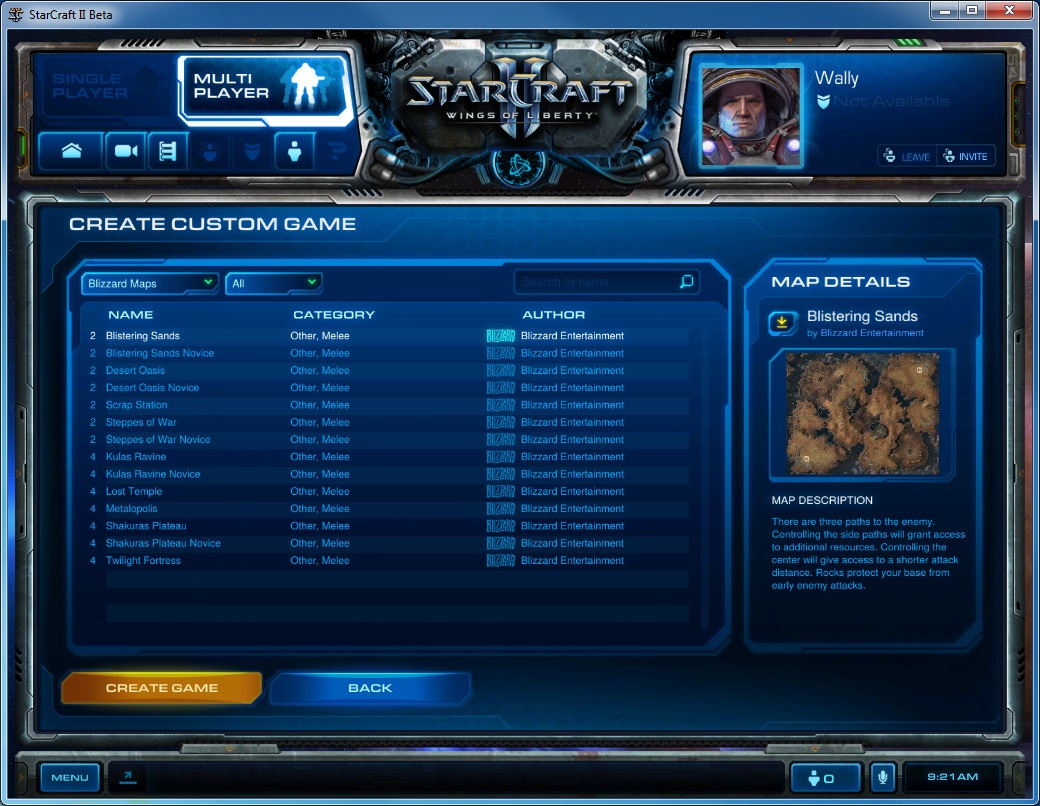 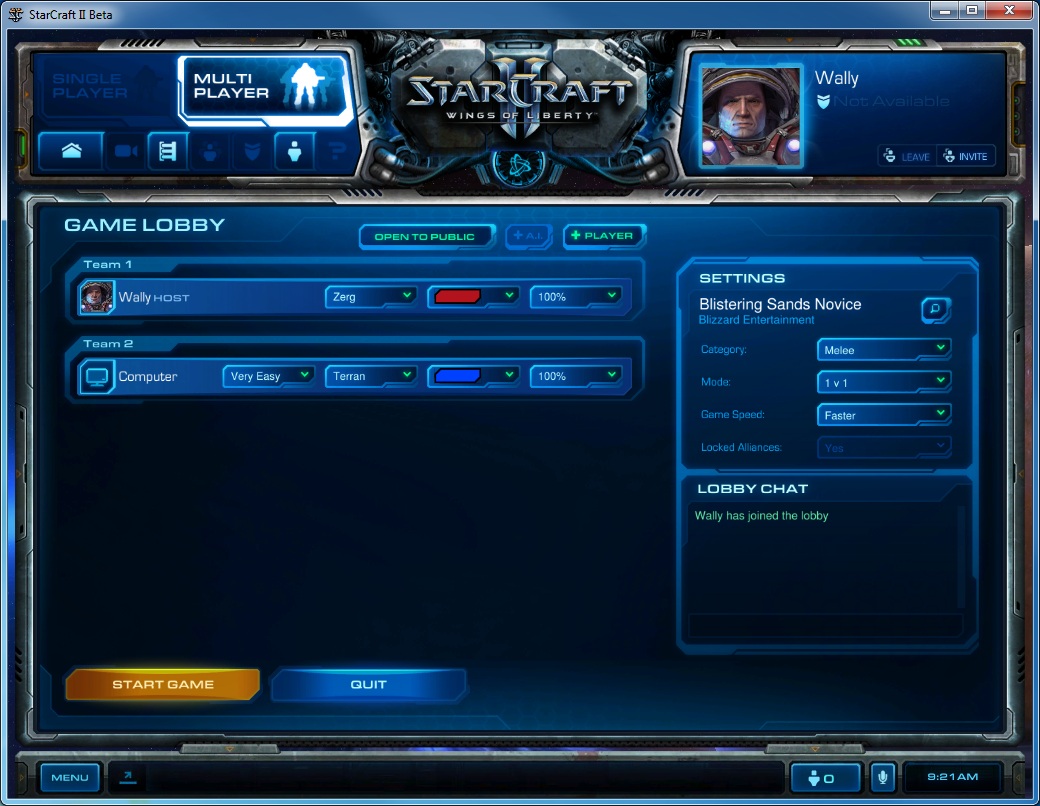 The game lobby is where the Host can add Human or AI player slots.

The game screen is laid out similar to pretty much every other RTS game on the market. System options including the Menu and Help are at the top left, Resources are at the top right, a minimap is at the bottom left, and context-sensitive areas about the unit or building selected are at the bottom center and right. Also positioned on the left of the screen is an indicator for idle "construction"-type units. By this, I mean SCVs for Terrans, Drones for Zerg, and Probes for Protoss.

Mouse functionality is also very similar to most other RTS games. Left-click selects the unit or building, and right-click attacks. Also, there are several additional options depending on what is selected to click on in the lower-right corner. The bottom-center panel provides statistics, such as health.

Like all RTS games that I've ever played, the objective is to kill the other players. In order to accomplish this, you have to gather Minerals and Vespene Gas. Gathering Minerals is done directly by units in the Mineral Fields, but gathering Vespene Gas requires a building over top of the Vespene Geyser (I use the term "buildings" loosely depending on race) as well as units.

Note: Be sure to check out my TechRepublic gallery of the StarCraft II Beta.

If you got a Beta key for StarCraft II, what do you think of the game? If you have played the first StarCraft, are you excited about this new game? Weigh in with your comments below.