Although Edmond Woychowsky didn't attend WonderCon 2010 in San Francisco from April 2 - 4, he was there in spirit. He shares a few highlights from the comics convention.

If you've ever watched my favorite geeky TV show The Big Bang Theory, you're aware of the great lengths that the boys go to in order to get autographs. Just last month we learned that Sheldon is going to hang his restraining order from Stan Lee right next to his restraining order from Leonard Nimoy. Fortunately, in the real world, there are events like last week's WonderCon 2010 in San Francisco, which makes life easier for geek autograph hunters. 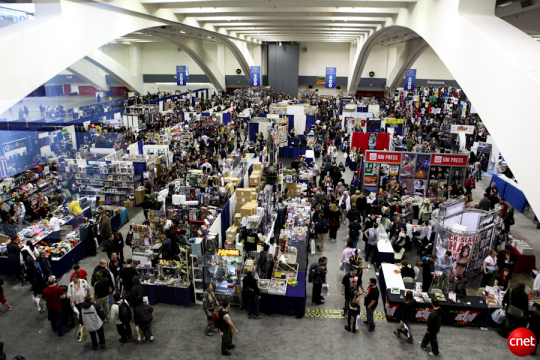 In addition to authors and artists, there were also some actors in attendance, including William Katt, the star of The Greatest American Hero and The Man From Earth, Herbert Jefferson Jr. and Richard Hatch, the original Boomer and the original Captain Apollo from Battlestar Galactica, and Lou Ferrigno from the TV show The Incredible Hulk. 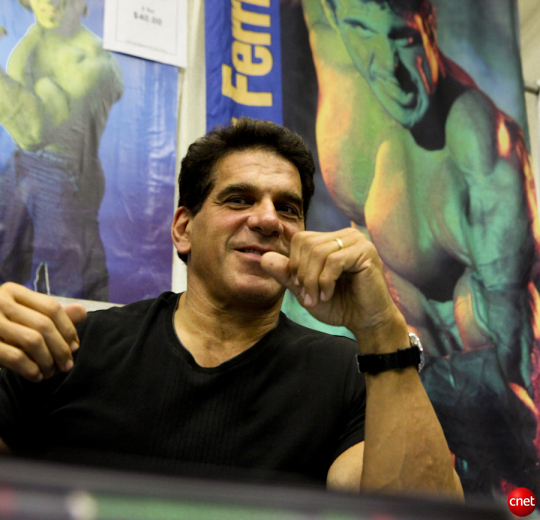 Then there are the other stars of comic conventions -- the everyday people who dress as their secret identities for occasions such as this one. (Trust me, I'm not judging... I go to renaissance faires.) WonderCon 2010 hosted everything from aliens to steampunk airship commanders. I'm hoping that most of these folks entered in or at least were going to the Sixth Annual WonderCon Masquerade. 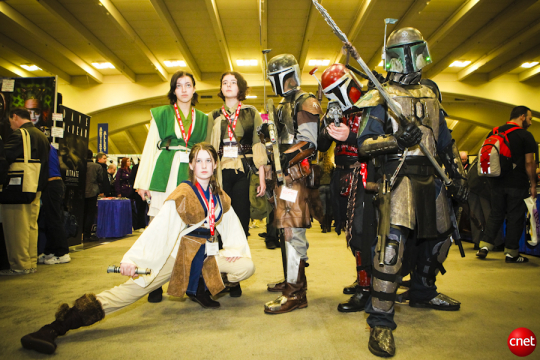 WonderCon 2010 was also a great place to go shopping for more than just comic books. There were graphic novels (yes, there is a difference), figurines, books, toys, and posters. I have a trunk full of collapsible shopping bags for occasions like this -- it makes me feel something like a superhero. But what really would have made me feel like a superhero would have been to participate in the Robert A. Heinlein Memorial Blood Drive. 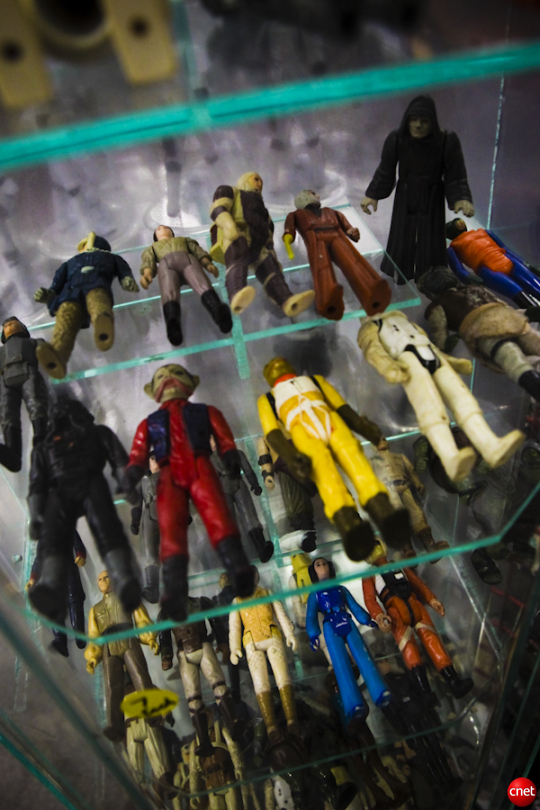 For those who weren't in a giving mood (or at least in a giving blood mood), there were games, ranging from HeroClix to Magic The Gathering to Yu-Gi-Oh, essentially the kinds of games my kids try to teach me so they can slaughter me.

With the popularity of graphic novels and comics as sources of inspiration for movies, trailers and films were shown at WonderCon 2010. There was the WonderCon premiere of the Resident Evil: Afterlife trailer, which debuted there several days before it was available anywhere else.

There was a screening of the movie Kick-Ass, which doesn't open until April 16th. The crowd got to see an extended trailer of Christopher Nolan's Inception. Freddy Krueger even made an appearance in a clip from the remake of A Nightmare On Elm Street. And, getting back to one of my favorite authors, there were three chances to see The Uncensored Last Unicorn. Alas, there's an opportunity lost.

There were also a number of TV show panels. The cast of Chuck closed out the convention; read TV.com's Louis Peitzman interview with the cast.

To me, these types of events are more than just a comic convention -- there's something for everyone, whether you like comics, games, books, television, movies, or recapturing your childhood. You might even be able to show your family that Batman figurine that looks like Adam West that your mother sold at a garage sale.