Sure billions of Android apps have been downloaded, but what percentage were paid for. Our poll results reveal the answer.

Back in early December 2010, Google announced that over 10 billion apps were downloaded from the Android Market. Not matter how you try to break it down - that is a lot of apps. The announcement and the magnitude of the numbers involved, lead me to ask a couple of poll questions.

First, I was curious whether IT Pros on TechRepublic were downloading Android apps, and, secondly, if they were, whether they were paying for those apps or sticking with the available free apps. I had my suspicions on how the results would turn out, but it is always better to confirm than assume. 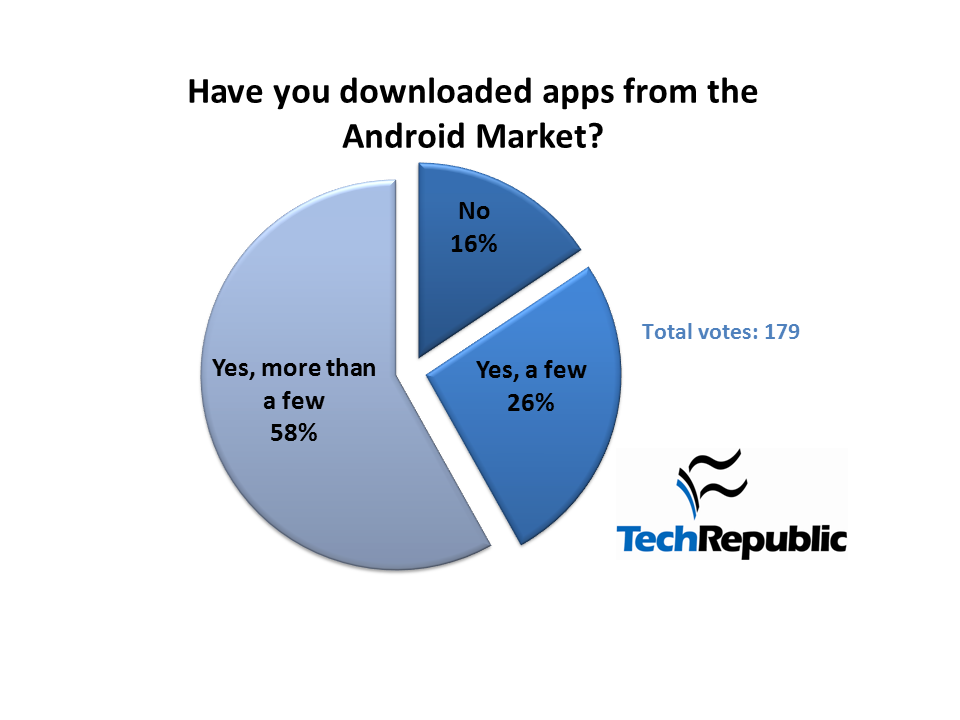 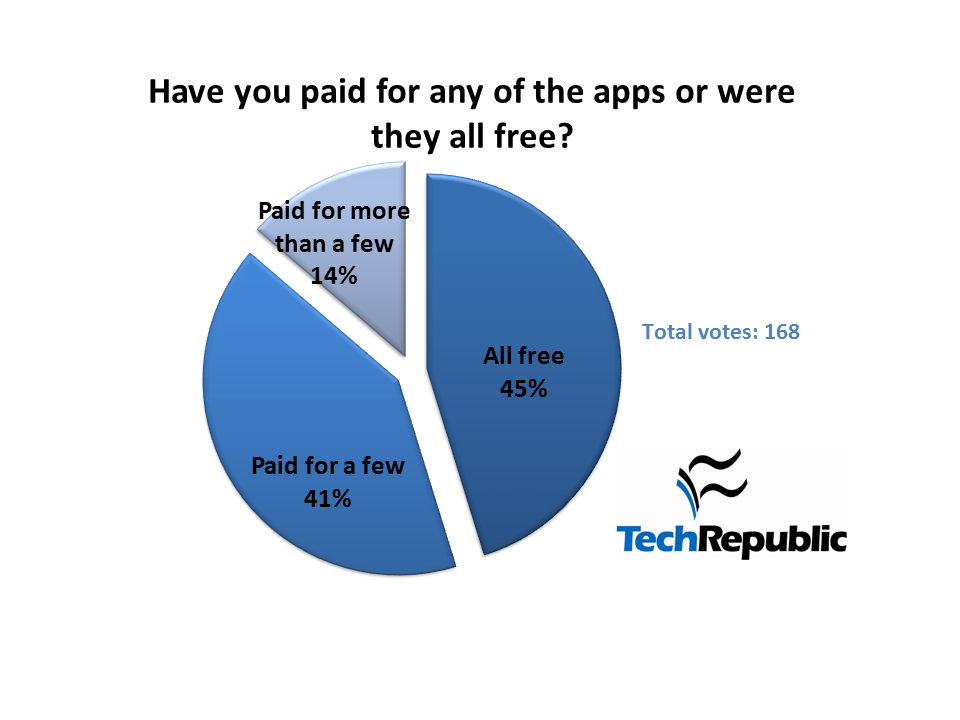 Do the results surprise you? They surprised me a little - I have yet to find an Android app that I am willing to pay for, but apparently there are more than a few. What about you? What Android app have you purchased and are you still satisfied with choice to make the purchase?