Google Docs has built a reputation as the low-cost and easy to use online alternative to Microsoft Office. Its success could be said to have been founded upon the idea that your average Office suite user only utilizes a tenth of what programs like Excel, Word and PowerPoint are capable of, so, why pay for it?

However, at the same time, Google has failed to appeal to a select group of power users who require an advanced set of analytical tools for indexing large sets of enterprise data. Often times these power users might make up a small portion of an organization's workforce, but in fact gather, analyze, and disseminate the majority of its data. 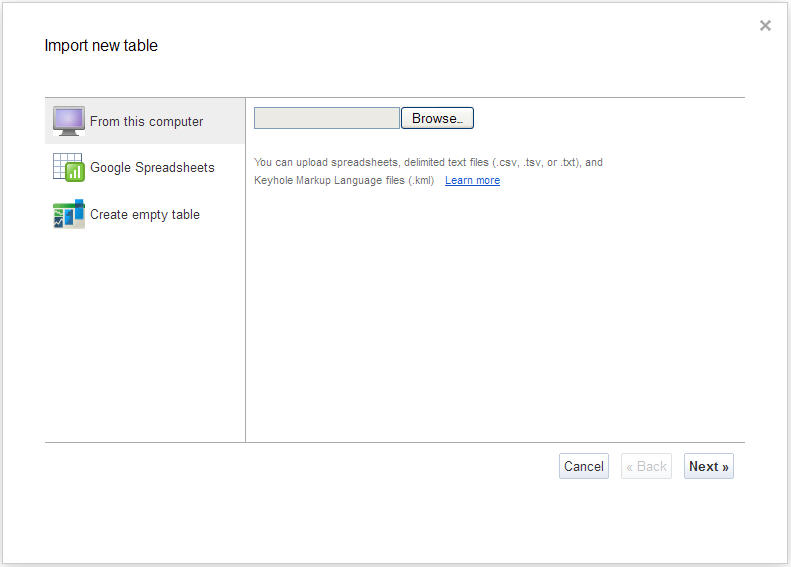 Microsoft has catered to the power-user audience for some time now with its SQL Server database software, as well as with other business intelligence (BI) tools, like its PowerPivot add-on for Excel. In the past, Google has showed little interest in entering this market. However, by releasing Google Fusion Tables as part of its line of Google Docs products, it seems that Google is now more than disposed to fill in that gap between unstructured and structured information.

The concept behind Google Fusion Tables is to allow users to upload data sets from sources like spreadsheets and comma delimited text files, and manage the uploaded data from there. Fusion Tables' data management includes several features that can be likened to SQL Server. More specifically, you can apply filters or constraints, employ mathematical aggregation functions, create virtual tables or views, and even merge two or more data set tables (similar to a SQL join).

Beyond just sheer data management, one can also effortlessly create data visualizations with charts or Google Maps. Moreover, use of advanced Google cloud services like Google Apps Script (e.g., an input form) and several key Google APIs (e.g., SQL API, Google Maps API, the Charts Tool API, and the Docs List API), are available to scale the Fusion Tables data even further. With these tools, the implications for web applications can be equated to what can be achieved with other cloud developer solutions like Windows Azure and SQL Azure, or Amazon Web Services and Simple DB.

As mentioned earlier, Google Docs is intended for the casual enterprise user. However, as data management and analytics becomes a must-have for enterprises that are also looking to immerse themselves in the cloud, Google might be reevaluating what they consider as a baseline offering. Although still in its infancy, enterprises can expect to see continued development of Fusion Tables features, as evident through its inclusion in Google Docs, and its imminent widespread release with Google Apps.

To get started with Google Fusion Tables, simply log on to a standard Google Docs account (Fusion Tables isn't available for Google Apps accounts just yet), where you can find it listed as 'Tables (beta)' under the same 'Create' menu button used to open other Google Docs programs (e.g., Document, Presentation, Spreadsheet, etc.).

Ian is a manager of business intelligence/analytics for a small cap NYSE traded energy company. He also freelance writes about business and technology, as well as consults SMBs upon Internet marketing strategy.