Google Sites is not a bad tool, but it is just not keeping up with the competition from Zoho and others.

If Google Apps aims to replace the traditional corporate intranet, it has to provide a means of creating internal web pages without the need to create and host a whole server/database/script package. That is exactly what Google Sites is for. It's fairly easy for anyone who has about 10 minutes to spare to create and edit pages. It's an easily accessible link in the Apps toolbar and the sites it creates are functional, albeit lacking in modern design traits.

Google doesn't update Sites features that much, particularly relative to its Docs, Mail, and (now) Plus products, which get something new to brag about every other week or so. In my experience, while attempting to create an internal bulletin board for a project, I've seen some good and novel uses, like a listing of every member's contact details. And I've seen some folks struggle to make sense of the gadgets and widgets offered for embedding documents, media files, and other tools on a web page. It is, in summary, okay for what it is.

But take a look at Hackpad, the self-proclaimed "best wiki ever." It doesn't integrate with Apps directly, but you can import your Google Sites wiki. You might also point a sub-domain to your Hackpad instance (intranet.something.com). However, the best part of Hackpad is how easy it is to create deeply linked, custom-built pages. Bullet lists, intra-links, and to-do lists are all created with simple tabs and @ symbols and all of the tools are semi-intuitive. Replying to an email update about a page change also updates that page. And while it might be anathema for some administrators, the biggest sell to my mind is that editors can be invited by link or private URL, so actually logging into a company account is optional.

And then there's Zoho Sites, which launched in mid-May and is already listed in the Apps Marketplace. Zoho is no stranger to making Apps-compatible products that actually replace Google's own Apps. In fact, that's how they became the likely best-selling Apps Marketplace provider. Zoho Sites follows suit, providing remarkably easy drag-and-drop site creation that, from a limited test, is at least more fun to work with than Sites.

What's more, and crucial to Zoho Sites' potential as a Sites replacement, is its deep integration with existing Google tools: Analytics, AdWords, Maps, Google+, Picasa, and YouTube. It also makes adding buttons for Twitter, Flickr, and Facebook all too easy. And to cap it off, Zoho Sites' sites are mobile-friendly by default. Google now offers its own GoMo tool, but Zoho's tool makes it simple to create content without having to think much about what you're missing. 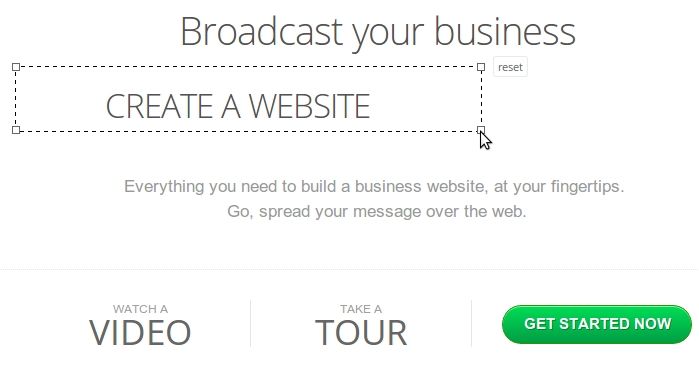 Will Zoho and Hackpad inspire Google to raise its aims for Google Sites? I'd hope so. Zoho is really convenient for all-in Apps users, and Hackpad is a mighty nice replacement if you're okay swerving outside the Google-sphere. But Sites can easily swipe a few traits from either product, making it easier on users to create good-looking content with easy to understand the viewing permissions. Google Sites is already there, it's already tied to an account, and it's not a bad tool. It's just not keeping up with the competition.