Google has been involved is several high-profile legal battles over the years, but the current FTC action is the first one stemming from purely business practices.

The broadest definition of Google's business model: "to organize the world's information and put ads around it" is a juicy target for regulators and trade groups. The search giant already has a few brushes with wary governments under its belt, but this week, Google confirmed a broad probe by the Federal Trade Commission, and promptly reiterated its commitment to users.

What does one learn from reviewing Google's tricky history in trade regulation? The Mountain View firm has come very, very close to the trade suit tipping point before, but seemed to know where the line was. And it's not a bad bet to guess that Microsoft could be involved. Here's what's happened so far: 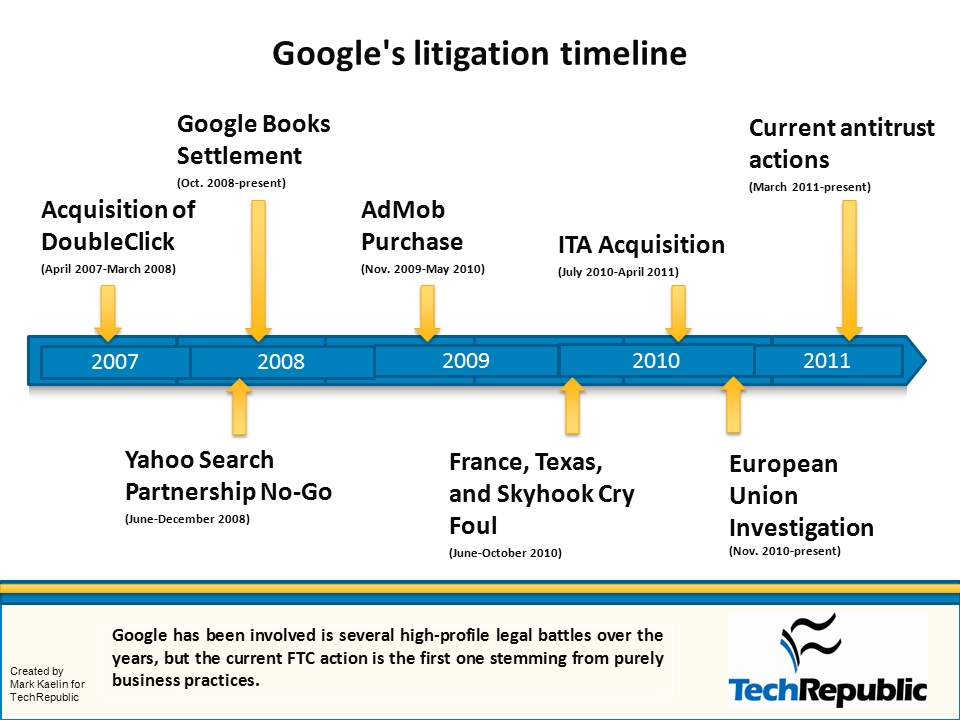