Google upped the ante on Project Glass at their 2012 Google I/O conference, but are we buying into it.

Back in April 2012, I made it very clear that I was very skeptical about the merits of Google's Project Glass. The idea that ordinary people would walk around with glasses that augmented their vision with overlays and other interactive clues was abhorrent to me. I was not the only one.

As a counterpoint, I asked Marziah Karch to write a post for the Google in the Enterprise Blog explaining why Project Glass is more than a marketing ploy. She made some compelling arguments and I am trying hard to keep an open mind.

Well, Google was apparently not dissuaded by initial public opinion because at their June 2012 I/O conference they reiterated their belief in the concept. As far as Google is concerned, the concept will be a reality in the not so distant future. They even announced that developers could get their hands on a prototype for a mere $1,500.

But once again, the video they created to show the "benefits" of this technology involved something most people will never do - skydiving. Taking video while skydiving is not revolutionary; it has been done many times before. If Google wants to sell the Project Glass concept to me, they had better come up with something more substantial.

Looking at the poll results from April, I can be counted with the majority of respondents who feel Project Glass is not really a product they are itching to get their hands on. Perhaps Google is barking up the wrong tree with this one? 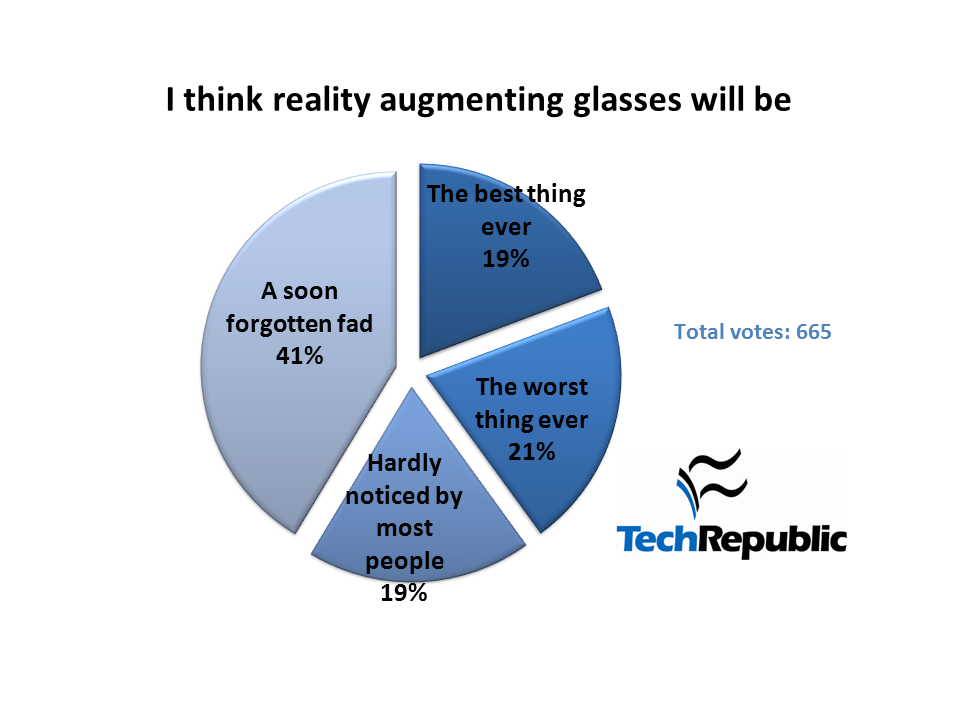 Has Google's I/O conference push of Project Glass changed your mind about the concept? Will you be purchasing a $1,500 prototype so you can develop software for the augmenting glasses?