Figure out who your anonymous social media leads really are using Google and a sophisticated sales and marketing technique.

In our last blog post in this series, we examined how a sales professional who doesn't have a sales enablement solution could use Google to learn a lot more - and close a lot more deals with his/her customers. Today, we're going to examine how to use Google to do a rather sophisticated sales and marketing technique to figure out who your anonymous social media leads really are.

One of the biggest problems that sales and marketing professionals - especially in the enterprise - face when working with social media leads is that many of these leads are anonymous. Let's look over the various social platforms (Table A) to see which ones provide known and unknown (anonymous) leads.

This presents a big problem for sales and marketing professionals. People are talking about your goods and services, but you don't know who the heck they are. While sales enablement solutions like InsideView can be incredibly helpful in figuring this out, much can be accomplished just by using Google, albeit a little more slowly.

Jon Miller, the founder of marketing automation company Marketo, invented a term in 2010 to refer to the process of turning unknown leads into known leads. He calls this process "seed nurturing," and it's critical for business-to-business sales and marketing professionals, because without it, you may be missing as much as 73% of all possible leads. (Yes, 73% of all B2B buyers are using social media, according to Forrester's 2009 and 2010 statistics).

How to work it 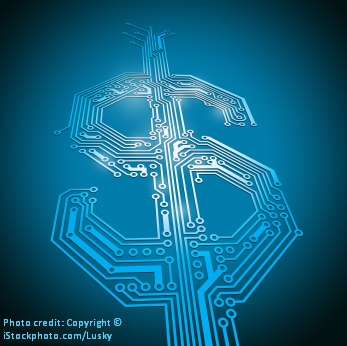 Here's a quick example. I just went on Twitter to find someone who is searching for Google Apps software. The key word I use frequently when looking for seeds is "wondering." People who are thinking about buying something, but are unsure about it, tend to be "wondering."

A lead for a software company could be worth several hundred dollars. After looking for under two minutes, I found a tweet that read: "Configuring Our Google Apps settings on my Dad's iPhone. Wondering if Office 365 has a free version like Google App". It was sent by a user named Edgar C R, and it looks like he's based out of Carolina, Puerto Rico.

If I were working on the sales team at Google or Microsoft, I'd certainly reach out to this customer. Using Google, within a few clicks, the sales person could pull up Edgar's About.me page, and discover his last name, his Google+ page, and that his favorite band is the Smashing Pumpkins. They could also discover his email, and about eight other ways to contact him.

Is this going to turn into an immediate sale for Google Apps (or Microsoft, who the lead is also asking about)? Probably not. But there is a pretty strong chance that he would respond to an email from a Microsoft SMB sales rep offering a 60-day trial of Microsoft Office, or, at the very least, a link to Microsoft's little-known SkyDrive service, which some people refer to as the Office-In-The-Cloud.

If you take this small sales opportunity, and multiply it by the many people talking about your company, products and industry all day, you'll find a ton of opportunities to monetize social media "seeds," using Google.

Disclosure: InsideView and Marketo are affiliate partners of The Social Concept, but no CBSi articles ever contain any affiliate linkage.