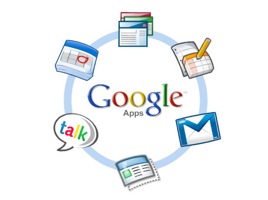 A little over two years ago, Google launched the Google Apps Marketplace. It moved Apps from "some Google tools you install by monkeying with your CNAME records" to an actual ecosystem. Yet the Marketplace gets so little publicity in comparison to other Google launches, it's easy to lose track of what's happening in there. Let's take a look around.

The search and home page is basically the same

This is the same kind of Marketplace page that existed at launch. Perhaps a few more list and sort parameters are available and obviously more apps. The Apps Marketplace doesn't need to look like Google's Play Store or the Chrome Store, with their big boxes and gee-wow visual orientation, but there should be more ways to find what's popular among businesses and what works with the Apps you're already using. There should be fewer and more streamlined categories as well.

With the addition of Google Drive, a kind of universal store-and-share space for Google's browser tools (and Chrome OS), a few developers already savvy in the Apps space, and even a few newcomers, are entering the Drive realm. PC Mag rounded up the Drive-enabled Apps, in a survey which included Sliderocket, DocuSign, and others. These Google Apps are built around a kind of paperless office ideal.

One free tool, Spanning Stats (mentioned in our previous roundup of free Drive-improving tools), has jumped into the number one slot in the document management category in the Marketplace, and has scanned 250,000 Drives in just a week's time. Now that Apps users have their own storage space to manage, look for management tools to become a big deal.

The most successful partner is also a competitor

Zoho is a software-as-a-service company that offers email, cloud-based documents, contact management, file storage, and - well, it all sounds familiar, doesn't it? But while Zoho is directly competing with Google Apps' core offerings, it is also its most significant partner. 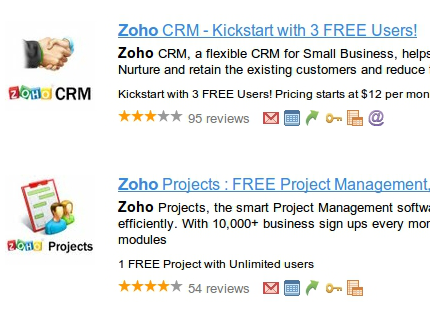 Google Apps has some big customers

While Zoho claims that the vast majority of its customers are businesses with fewer than 1,000 employees, Google Apps might just have more enterprise-scale clients than it even knows. Apps-integrated service Backupify claims to know some of the stats.

Using stats from its own Marketplace offering, Backupify can see how many total "seats," or users, are accounted for across all the Apps setup with Backupify installed. Their findings on "Who Uses Google Apps?" are about what you'd expect, but there also a few surprises. Here are two important data points:

In other words, most Apps installations are free, but most of the Apps users are among the large-scale companies that are using Apps, implementing Marketplace apps, and paying Google for the privilege. Backupify tends to believe that Google Apps has a strong, revenue-rich future, given those numbers. For more statistics and Backupify's own advice on designing apps for Apps customers, check out the full post, and be sure to click the infographic for a larger look.

That's according to the Cloud Alliance, a group that is very much on the side of Apps, as it exists to encourage development and adoption of Google's platform. By surveying 50,000 Apps administrators, though, they have perhaps the most rich and recent look at what's going through the heads of early adopters.

Tech-focused companies make up 31% of Apps adopters, and the majority of those surveyed come from smaller companies - which, as PC World points out, likely stems from their ability to move quickly and try new things. Larger firms tend to have concerns about security and privacy that take some time to vet and satisfy.

Those who did install Apps cited these reasons for doing so, as PC World summarizes. It explains which Marketplace apps are aiming at the right needs of potential customers:

When it comes to the reasons for adoption, 30% cited enhanced collaboration and productivity capabilities while 19% cited cost savings over more traditional on-premises enterprise apps. Other popular reasons for adoption included having cloud-based storage, backup and recovery options (12%); the need to more mobile access to enterprise apps (11%); and increased flexibility in IT infrastructure (11%).

So two years into the Apps Marketplace expansion, we're seeing a few bona fide successes, a few strange statistical dichotomies, and evidence that Apps is just getting started. But I'm just a writer with two freebie Apps installs.

Apps administrators, what do you want to see from the Marketplace in the near future?