Ok, so last week I started a discussion on a News.com story about Microsoft's Origami. The Origami devices are mini-tablet PCs that run on Windows and cost as little as $600. Several TechRepublic members posted their thoughts about Origami, and then the entire topic just kinda slipped from my mind... until today. When I initially saw this photo gallery, I was confused - "Photos: Origami folding at MIT." What did Microsoft's Origami Project have anything to do with a beaver, and why were MIT students creating Origami mascots??

A quick Google search clued me in.  "Definitions of origami on the Web: The art of paper-folding Square pieces of colored paper are folded into birds, animals, and other shapes. www8.plala.or.jp/y-naka/jiten-o.html"

A-ha! The photo gallery certainly makes more sense now. However, I have a bunch of other questions that are plaguing me as a result, such as: 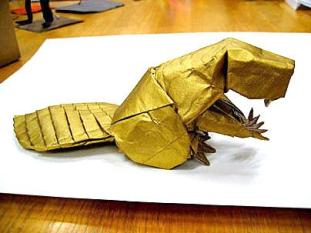 Does the beaver get your Origami mascot vote? 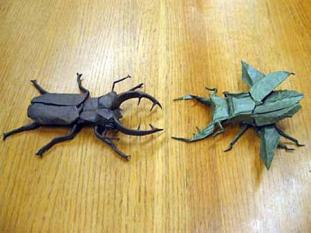 Or should it be Origami versus a mini tablet PC?