by Ivan Kirkpatrick in Linux and Open Source , in Enterprise Software on September 26, 2011, 5:45 AM PST

Ivan Kirkpatrick reviews the Ubuntu-based distribution of Linux called Zorin and explains why he finds it to be a good fit for his computing needs.

I changed my Ubuntu workstation from an Ubuntu Ultimate Edition distro to Zorin OS 5 Core. After a week or so I liked it so much I upgraded to Zorin OS 5 Ultimate and installed Zorin Core (the free version) on my other machines. The reason for the changes was quite simple. Zorin OS 5 Ultimate gave my workstation the baseline Ubuntu 11.04 plus the Gnome desktop with features that keep the UI very straightforward and clean. The other machines are kept busy doing distributed processing work for BOINC projects like SETI, Einstein and LHC so their OS and UI needs are minimal. Zorin Core provides the same UI but the distro installs with fewer extra programs to update and maintain.

Zorin comes in several versions and either 32 bit or 64 bit architectures:

Because it is based on Ubuntu, Zorin easily runs all of the applications I require as a Software Engineer and writer. My use of the workstation is probably not the same as yours, but for my requirements Zorin has greatly simplified my work. The system includes the GnoMenu, not the Unity interface. It is a nice, uncluttered Gnome desktop. Zorin provides a selection of looks that can easily be switched to resemble Windows or a Mac OS, which is good for introducing to users who want a sense of familiarity with the OS. Zorin bills itself as an easy migration path from Windows to Linux, and it certainly is. Although I have used Linux for many years as my primary OS, this easy migration path and similar operations as found on Windows makes my work more consistent with respect to other computers.

Zorin installs best, as most OSs do, when one allows the new OS to utilize the whole drive and format it for the new installation. I have experimented with updates, multiboot environments, and virtual machines and after all this experimentation, I built my new workstation and used a fresh install of Zorin Ultimate on the SSD. I put all of my user applications, Music Library, Downloads, Business data, and development workspaces on the 4-disk RAID10 array in the same machine. This is far more storage than I need but the price of the SSD and 4- 2TB drives last Christmas and spring was too low to pass up.

Zorin installed without any hiccups or issues and recognized all the hardware. This was no surprise as it was all new and pretty much standard components. The Ultimate edition of Zorin includes more applications than Zorin Core, Business, or the other ones. Because Ubuntu is such a popular distro, it is easy to see why so many use it for the base on which to build their own distros. Ubuntu has excellent compatibility with so many applications that it is easy to pick out a few extras to add. This is very easy to do using the Ubuntu Software Center.

Ubuntu Update Center keeps the OS and installed applications current and patched with the latest Security upgrades. I switched to Chrome for my web browser some time ago. Zorin includes Chrome, FireFox and Safari in a switchable preference setting. I picked Chrome from the beginning and have never looked back. In fact, on all four machines, the first thing I do is initialize Chrome with LastPass as my password manager and XMarks sync. I can have a new install of Zorin with everything ready to go in only a few minutes once the OS is loaded. This is not true for the workstation as it requires additional applications such as the Java 7, SpringSource Tool Suite IDE, the Apache Tomcat server and Nexus as the Maven repository manager. Zorin distros, like most other Ubuntu-based ones also include LibreOffice for my writing needs.

The bottom line for Zorin, is that everything works with minimum hassle and configuration. It is very easy to use, even for less experienced Windows and Linux users. The OS and Gnome 2.3 based UI stay out of the way and offer excellent reliability and convenience without being intrusive. It lets me spend my time working rather than fussing with and maintaining the OS and UI. 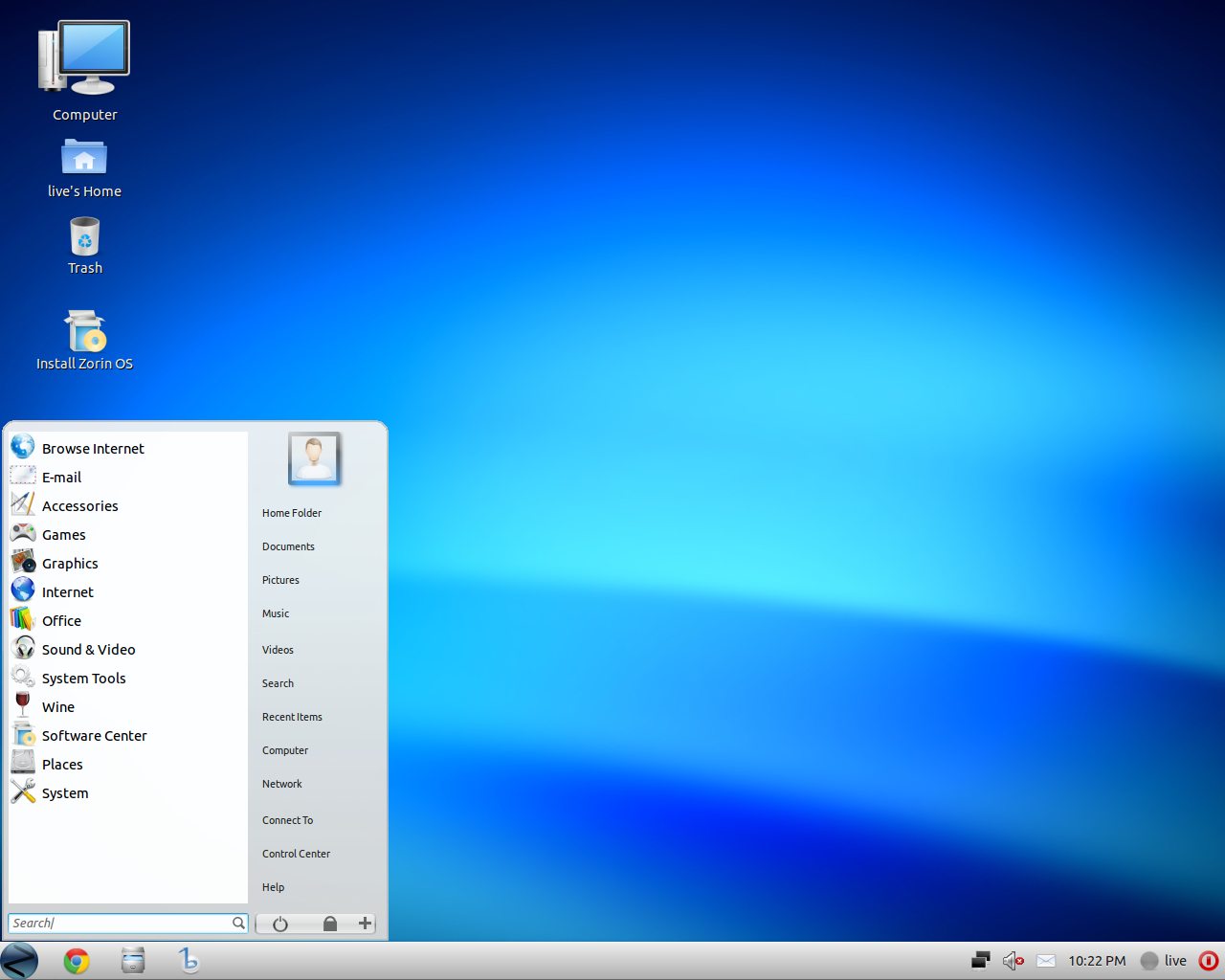 Have you discovered a new distribution lately? Tell us about your pick and how it fits with your environment.