Kismet is an open source tool similar to netstumbler, and it's particularly good for discovering hidden wireless networks that might be adversely affecting your network.

Kismet is an open source tool for discovering wireless networks. It can be used to troubleshoot a wireless network and detect network intrusions. It is a similar tool to netstumbler (which is used in the Windows world) but it does have some differences. One area in which kismet is superior is the ability to detect hidden 802.11 wireless networks.

The significant area of difference between kismet and netstumbler is how kismet detects a 802.11 network. Kismet listens for a beacon transmission from a wireless access point; this is in contrast to netstumbler which sends broadcast for any Service Set Identifier (SSID). The advantage of listening rather than broadcasting is that kismet is able to detect networks that do not advertise an SSID.

Kismet uses channel hopping to enable detection of wireless networks. This means that it will listen on one channel, then hop to another channel and listen, then to another and so on. Channel hopping is a simple algorithm that hops from channel to channel in a pre-determined pattern. Kismet can detect a client's response to a beacon frame and uses this to associate the client with a wireless access point.

There are a variety of configurations that kismet can use. This post does not go into the different ways it can be run or configured (though a future post may well do so). Running sudo kismet will start a session. Usually this will auto detect the network card used and make changes to the /etc/kismet/kismet.conf file.

Running kismet gives the following screen on start up. 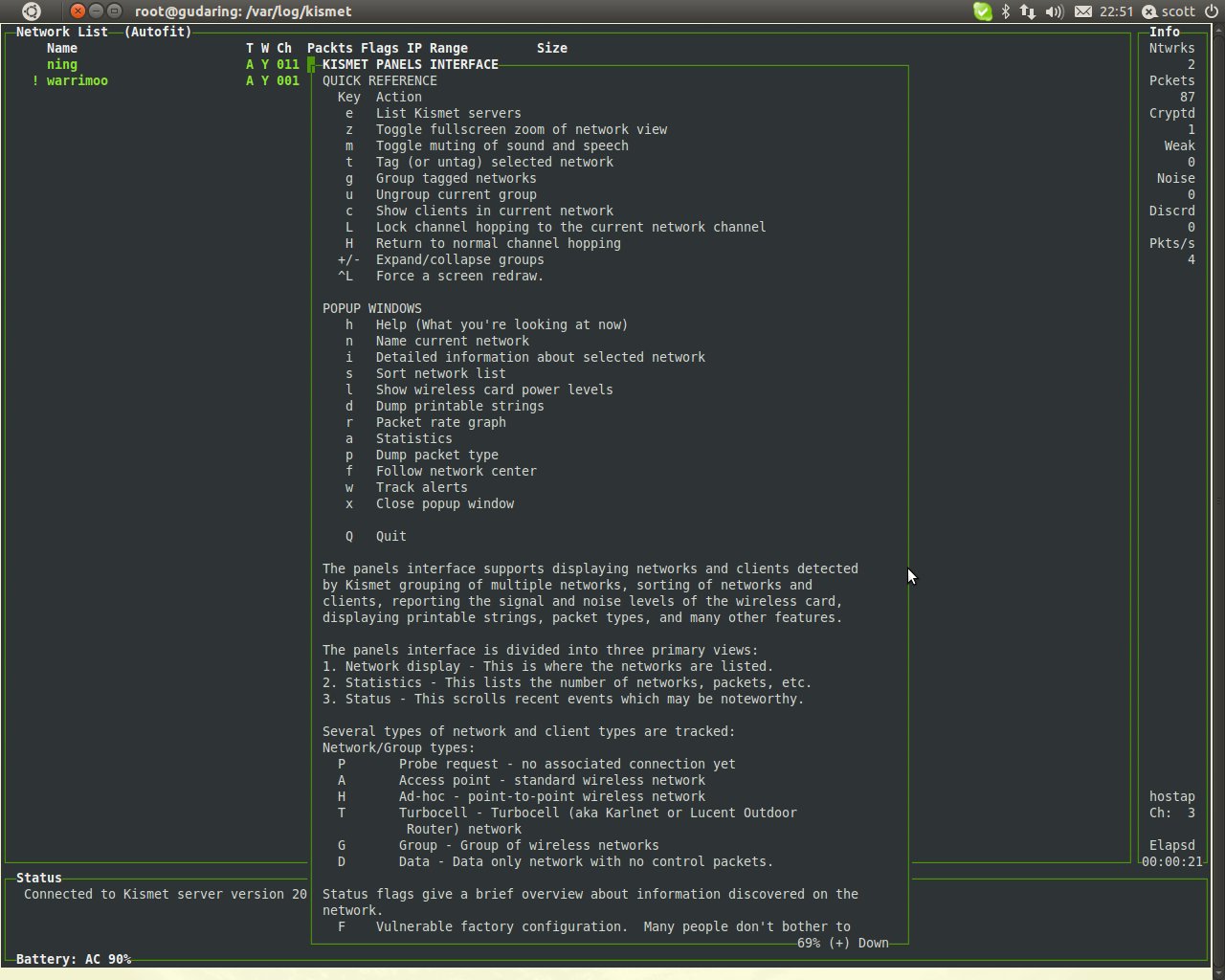 To obtain a list of commands, simply type h. In this example, I have used s to sort the SSIDs based on channel number (channel number is denoted by the column "Ch" in Figure B). 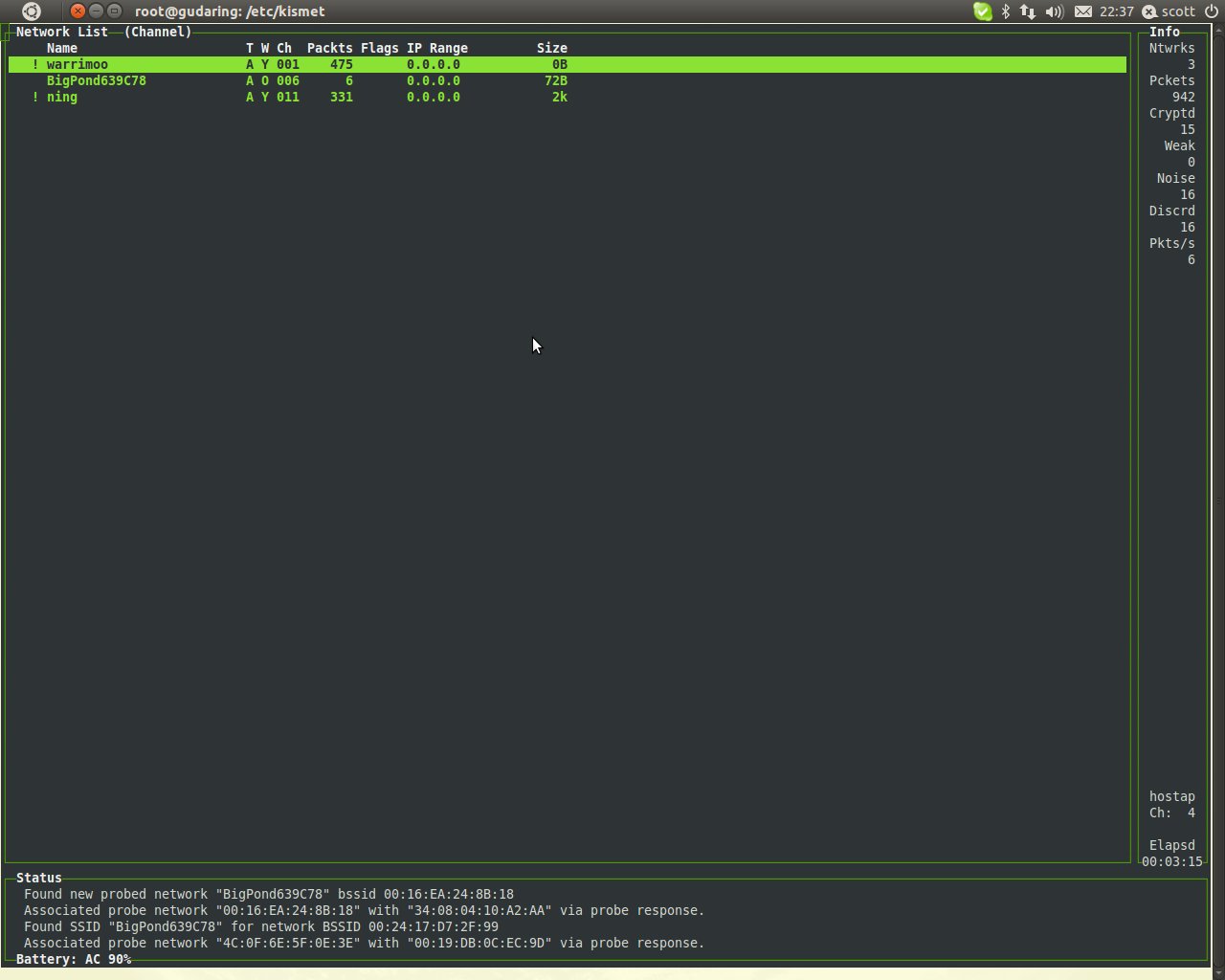 A point to note on the channels used: Some wireless routers now come with an auto channel select feature. That is, the router will check which channels are available and will select an unused channel. Otherwise, you have to manually select a channel. Ideally, you want the channel to be far removed frequency-wise from other channels that are in use. Contiguous channels have some overlap, and this can impact the Signal to Noise Ratio (SNR). This in turn can impact on throughput.  Spacing the channels out can alleviate this. As can be seen in Figure B, channels 1,6 and 11 are in use. This is a reasonable spacing.

We confine ourselves to looking at three of the five files listed. The files with the .dump suffix are readable by applications such as wireshark (as shown in Figure C) or tcpdump. 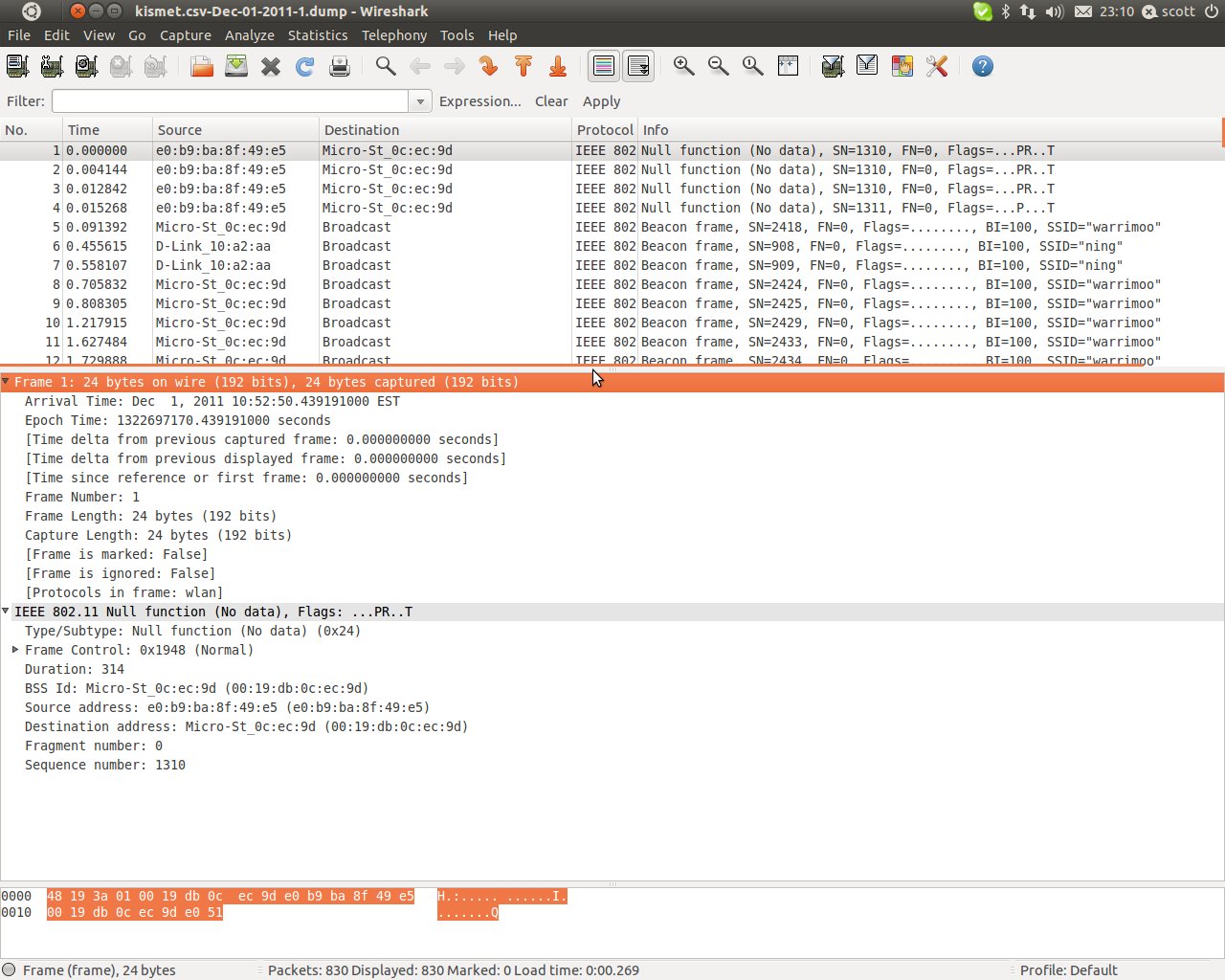 The files with the .csv suffix can be read by LibreOffice (as shown in Figure D). 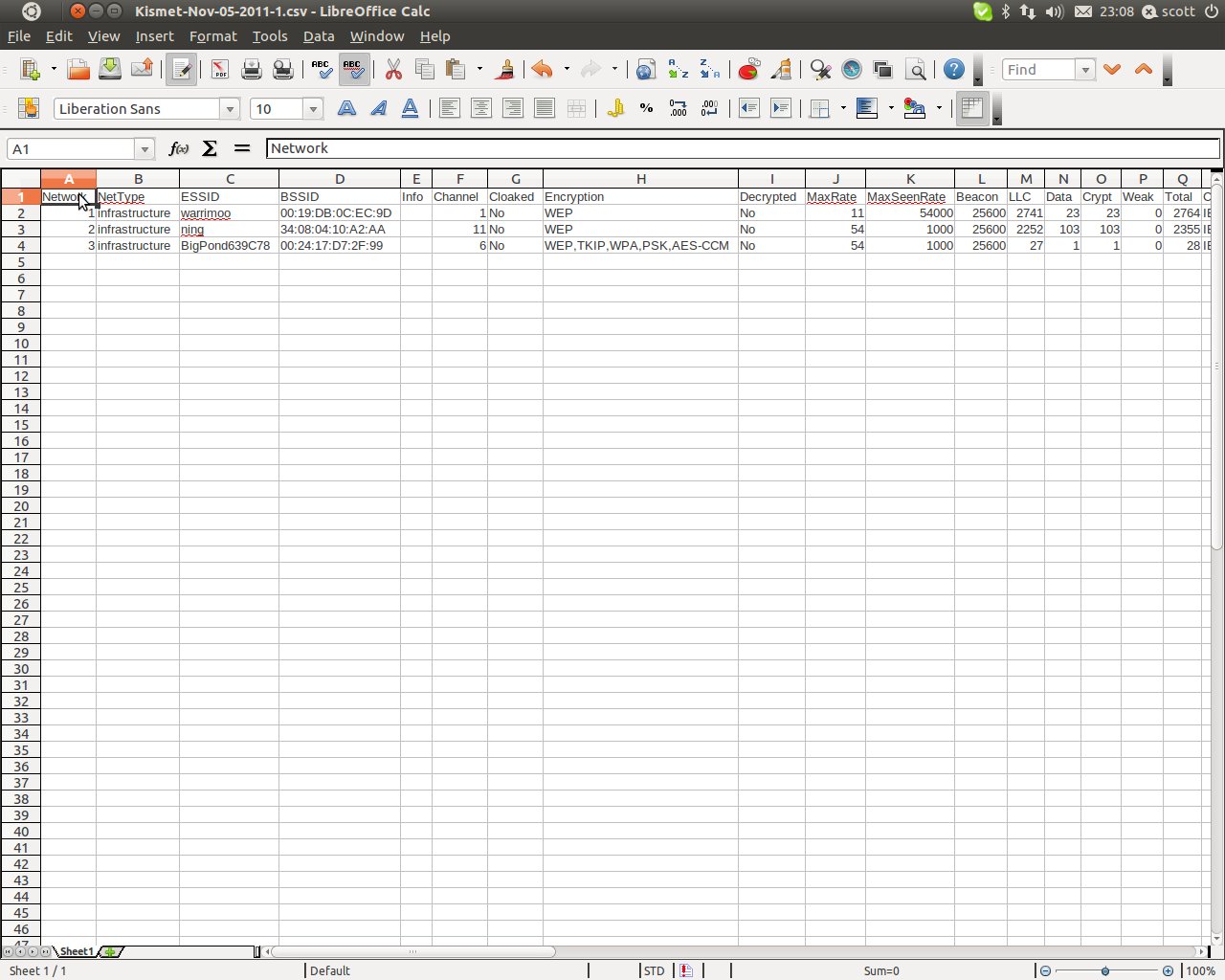 Kismet is a handy tool for troubleshooting 802.11 networks. You can use it to find out whether other networks are adversely affecting your network. Because it detects hidden wireless networks, you can use it to work out which channels to use (and which ones to avoid).