I have an admission to make; my house was built during the Wilson Administration, in 1915 to be exact. There are both advantages and disadvantages to this. Take for example the construction materials used, in 1915 two-by-fours were virtually unknown, so the builders used whatever happened to be on hand, which in this case were four-by-fours. Talk about solid construction, unfortunately the very same solid construction plays hell with most of the wiring required in 21<sup>st</sup> century homes. Maybe that's why I put-off getting high speed Internet access for so long.

I have an admission to make: My house was built during the Wilson Administration, in 1915 to be exact. There are both advantages and disadvantages to this. Take for example the construction materials used. In 1915, two-by-fours were virtually unknown, so the builders used whatever happened to be on hand, which in this case were four-by-fours. Talk about solid construction. Unfortunately, the very same solid construction plays hell with most of the wiring required in 21st century homes. Maybe that's why I put off getting high-speed Internet access for so long.

Interestingly, this plays right into the Dilbert theory that if something is put off long enough, it becomes either moot or critical. And wouldn't you know it, in my case it became critical when I needed surgery and would be unable to drive for a minimum of 10 days. To some people, this would be no big deal, 10 or more days off, "Woo-who a holiday!"

Well, to an employee maybe, but to a consultant, it's 10 days without being able to bill for something, 10 days without pay, and a somewhat expensive hernia diagnosis. In short, I needed high-speed access so I could work from home and I needed it fast.

Since my local cable company, RCN, offered high-speed access, I contacted them with the sole intention of getting the Internet access. Boy, was I a fool. After a 10-minute conversation with their sales representative, I ended up going for the whole package:

The best part was, in the end, I paid less than before, even with the the Linksys WRT54GL I rented (Figure A). And I will continue to pay less after the promotional period. And yes, I know, the Linksys WRT54GL is a wireless router and none of the computers in my home were wireless capable. Let's just say that the idea of running cables through a 90-year-old house scares me and that I wanted to avoid a Chicken Chair type incident involving my laptop. What I needed was some way to add wireless to the various computers around the house. 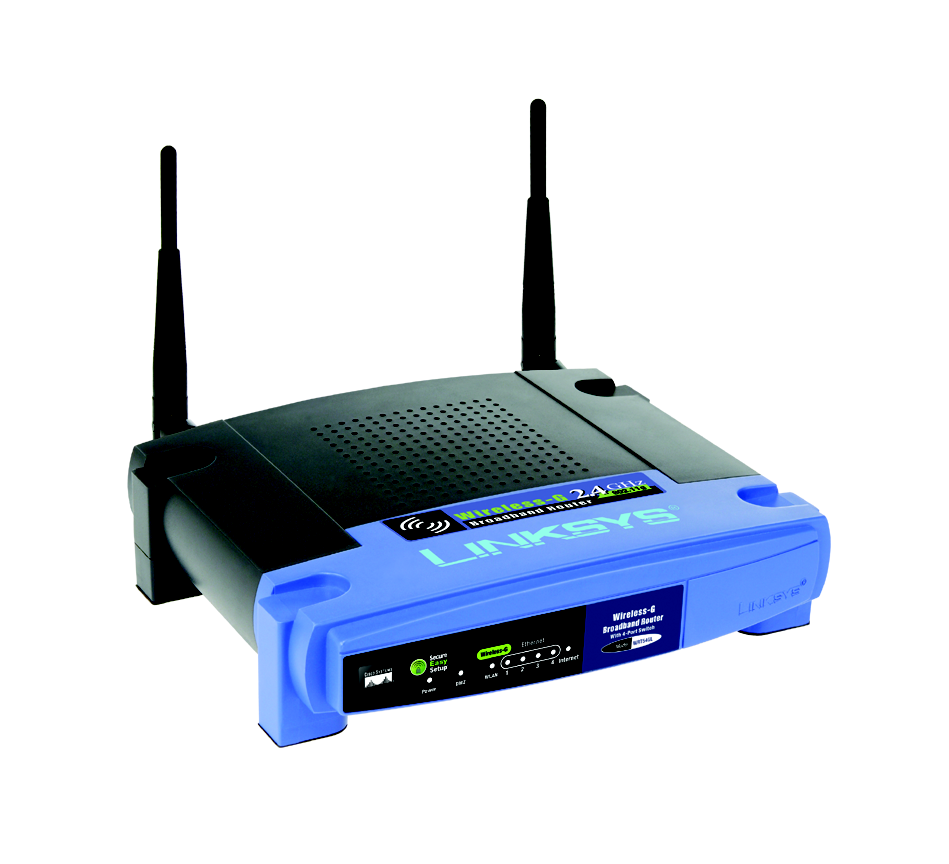 The problem of adding wireless perplexed me until, through random association, I thought of beer and the solution of all my problems! No, not drinking beer. I thought of a network administrator I worked with who is part owner of a local pub. A few years ago, he showed me one of the coolest USB devices I'd ever seen, a Linksys USB Wireless adapter like the WUSB54GC shown in Figure B. I admit that I might have gone a little overboard when I got the WUSB200 for my wife's desktop and the WPC54GX4 for my laptop, Figure C and Figure D, respectively. 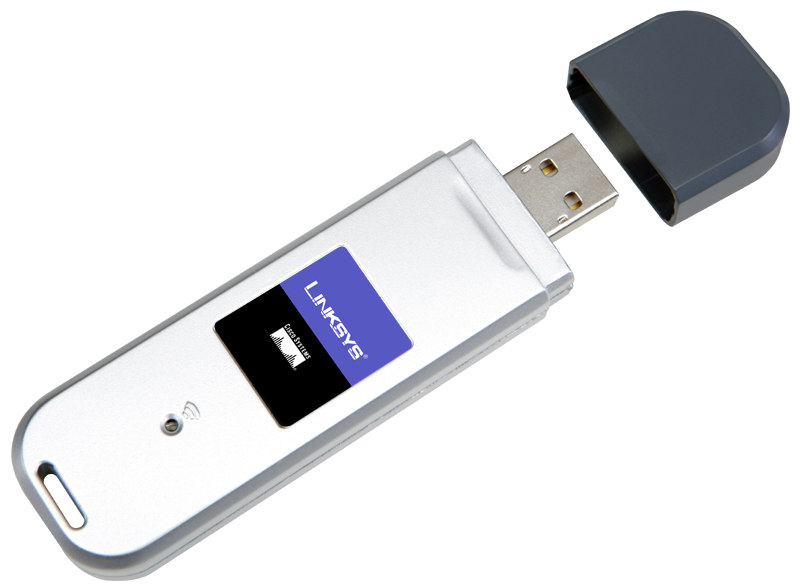 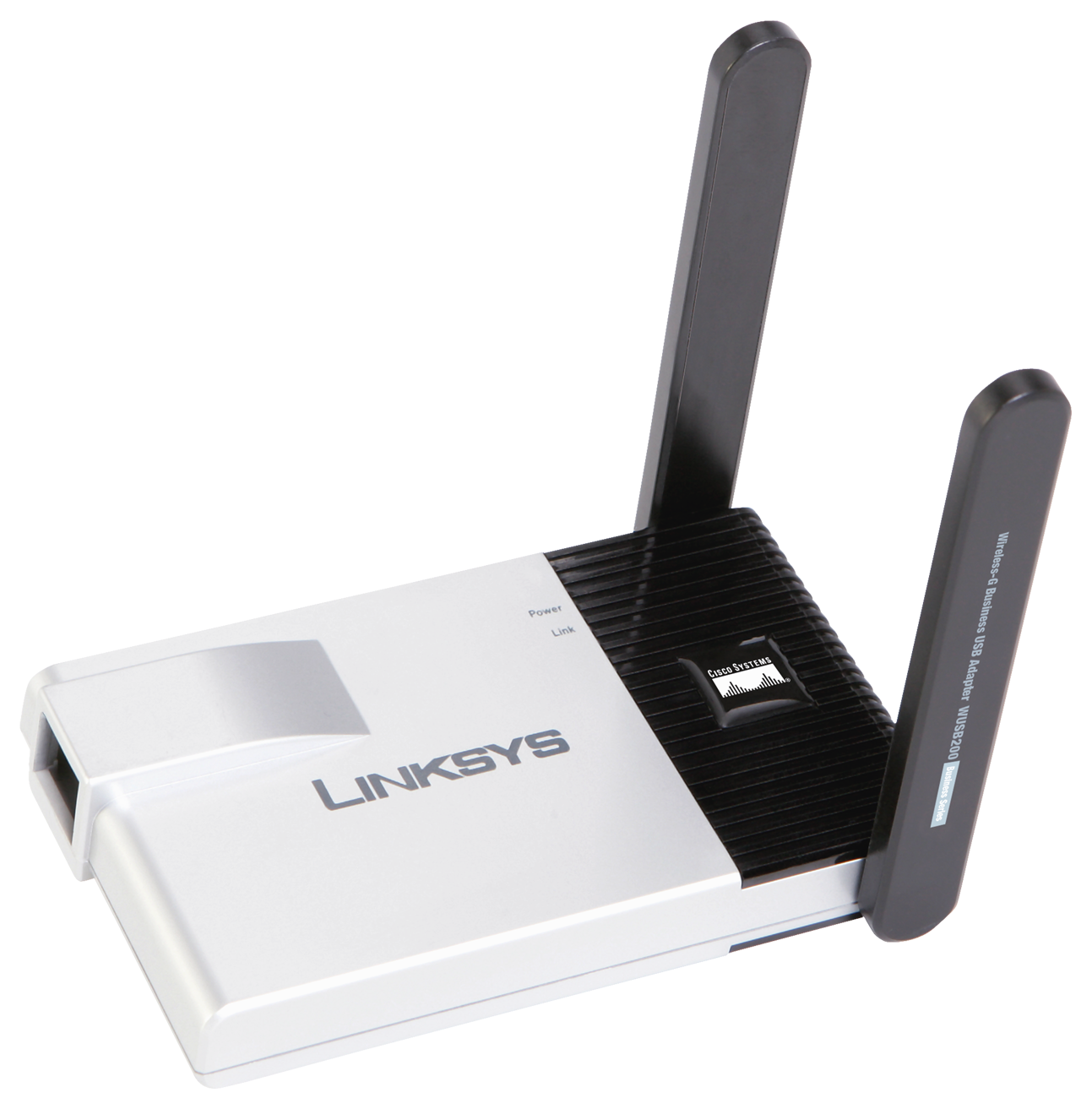 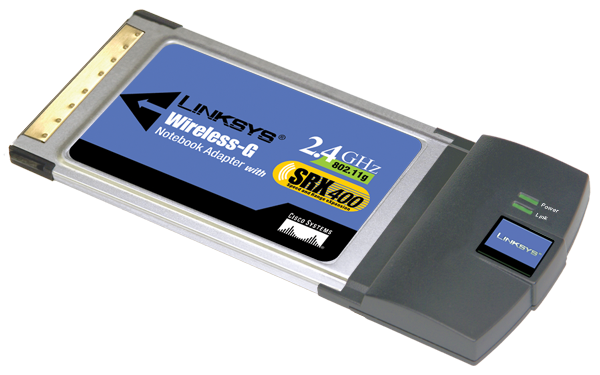 Installing the hardware was pretty much the same as installing any USB or notebook hardware that comes with an installation CD. It is a case of simply following the prompts on the installation software before plugging in the hardware. It was at this point that I entered the WEP key that was created by the installer when he setup the router. For some reason, he was pretty sure that I really didn't want to provide wireless to my entire neighborhood. Imagine that.

Once the software and hardware was installed, we were set! The only time that a wire will be necessary is when we're printing!

But upon thinking about that, it occurred to me that that was another potential Chicken Chair, as well as another possible way to tear my stitches. What was needed was a wireless printer. Unfortunately, my wife is a big fan of all-in-one printer-scanner-copiers. Personally, I mostly use the printer functions myself, but hey, a home copier sounds nice.

The solution to this quandary appeared in the form of the Lexmark X4550, a wireless all-in-one, shown in Figure E. This Lexmark printer is by far the most interesting printer I have ever seen in my life. Where to start?

First there is the price. I've paid much more and gotten much less. Then, there's the initial setup, which requires a USB cable so that the WEP key can be entered. (They actually provided a USB cable!) Next, the array of cartridges that the printer will accept --  standard cartridges, high-volume cartridges, and photo cartridges. It was like having three separate printers. Finally, there's the fact that it works with Windows XP, Windows Vista, and Macintosh. 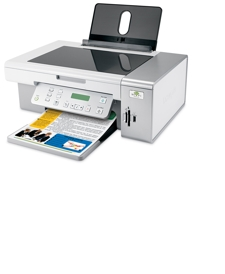 Overall, the speed and the quality of the X4550 is really good, but those features pale in comparison to the fact that, because the printer is wireless, it can be put anywhere. Want to put it in a closet? Not a problem. In fact I can think of only two potential problems, nether of which has occurred yet. The first of these is one of the kids getting in the print queue before me; the second is the inevitable, "It's your turn to put paper in the printer."

Overall, the entire experience was extremely pleasant, which might have been the Percoset, but I actually think that it was the Lexmark X4550 printer. Another thing that was pleasant was the realization that my home access was faster than at some companies where I worked in the past. This must have something to do with not having to share the connection with 86 other people. Whatever the reason, dragging my home into the 21st century worked out well, and I'm finished. Well, until I can decide whether or not to add network-attached storage. Or is that going a little overboard?