Notebook computers are not just for the proverbial road warrior anymore. If the <a href="http://www.techrepublic.com/contents/2346-13636_11-170329.html" target="_blank">NoteMagix C90 Ultra from Velocity Micro</a> is any indication, notebook computers have evolved to a point where they are really portable desktop replacements. With a notebook like the C90 Ultra, you can take advantage of the <a href="http://www.techrepublic.com/blog/10things/?p=230" target="_blank">pervasive workplace</a> and get some real work done. And when you are done with the serious stuff, you can crank up a serious game requiring serious hardware and frag your friends.

Notebook computers are not just for the proverbial road warrior anymore. If the NoteMagix C90 Ultra from Velocity Micro is any indication, notebook computers have evolved to a point where they are really portable desktop replacements. With a notebook like the C90 Ultra, you can take advantage of the pervasive workplace and get some real work done. And when you are done with the serious stuff, you can crank up a serious game requiring serious hardware and frag your friends. 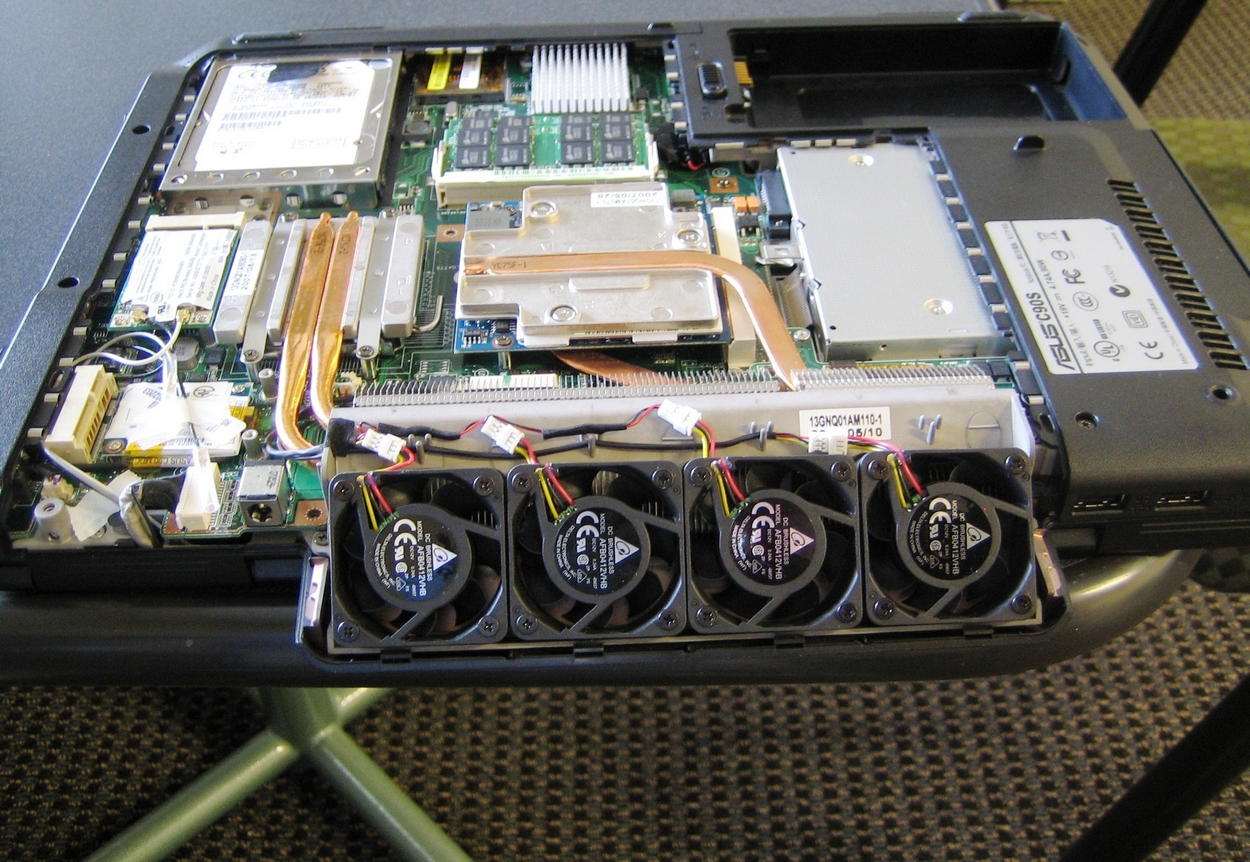 The Velocity Micro C90 Ultra is essentially a re-branded and re-bundled Asus C90S notebook computer. The Asus C90S is well-known in gaming circles for its easy upgrade path. While there is a lot going on under the hood of one of these notebooks, changing out the CPU or GPU is relatively simple.

Our test unit from Velocity Micro came with an Intel Core 2 Duo 6700 running at 2.66Mhz and an NVIDIA GeForce 8600M GT video chip. This chip combination in conjunction with a 1680 X 1050 high resolution 15 inch LCD screen made the resulting images a beautiful thing to behold. Whether it was Word, Excel or Outlook or whether it was World of Warcraft or Half-Life 2, the C90 Ultra displayed a flawless image without ghosting or other hiccups.

But beyond the display, the C90 Ultra includes a multitude of outputs both visual and peripheral. The various ports and connections include:

There is also a DVD/CD combo burner and reader. And of course, the C90 Ultra comes standard with built-in Wi-Fi and Bluetooth technology.

Like I said, this notebook is really a portable desktop replacement. Perhaps the best illustration of this concept is the battery life - there is very little. Under ideal conditions and will all of the energy conserving functions activated, you might get two full hours out of a single batter charge. Playing a game on the C90 Ultra under peak performance conditions will give you less than an hour of battery life. The obvious conclusion is that you really have to operate the notebook plugged into an outlet to get full use. You will not be using this on flights across country - it is not going to last that long.

Like most notebooks, the C90 Ultra comes with a touchpad for navigating Windows Vista (the standard installed operating system), which works quite well, but you will want to attach a mouse if you are actually gaming with it. The keyboard is standard size and very tactile - one of the better notebook keyboards I have tested.

The one additional feature that may surprise you is the inclusion of a fingerprint scanner which you can use as added biometric security. I tried to use the scanner, but apparently I don't have fingerprints because it could never read them consistently. Perhaps it is just that my fingertips are worn from all the typing I do.

I have several friends in Technologia (The TechRepublic World of Warcraft Guild) that travel on business from time to time. They often bring along a notebook computer on these business trips. After using the notebook for serious money-making activities during the day, they will join the rest of the guild online for some gaming fun. The Velocity Micro NoteMagix C90 Ultra is a notebook designed for them. Our review unit cost around $1700, which is extremely reasonable considering all you get for that price. While the Alienware m9700 we reviewed earlier this year was more powerful, it was also much heavier to lug around. The C90 Ultra fits into that sweet spot where a notebook is powerful, yet inexpensive and easy to pack for a trip.