Notable simplifies and speeds the review process for Web designers, developers, graphic artists, and other similar workers by allowing them to easily share images and screen captures with others and mark them up with notes.

Note: This review was performed based on the publicly available, free "Personal" edition of Notable. 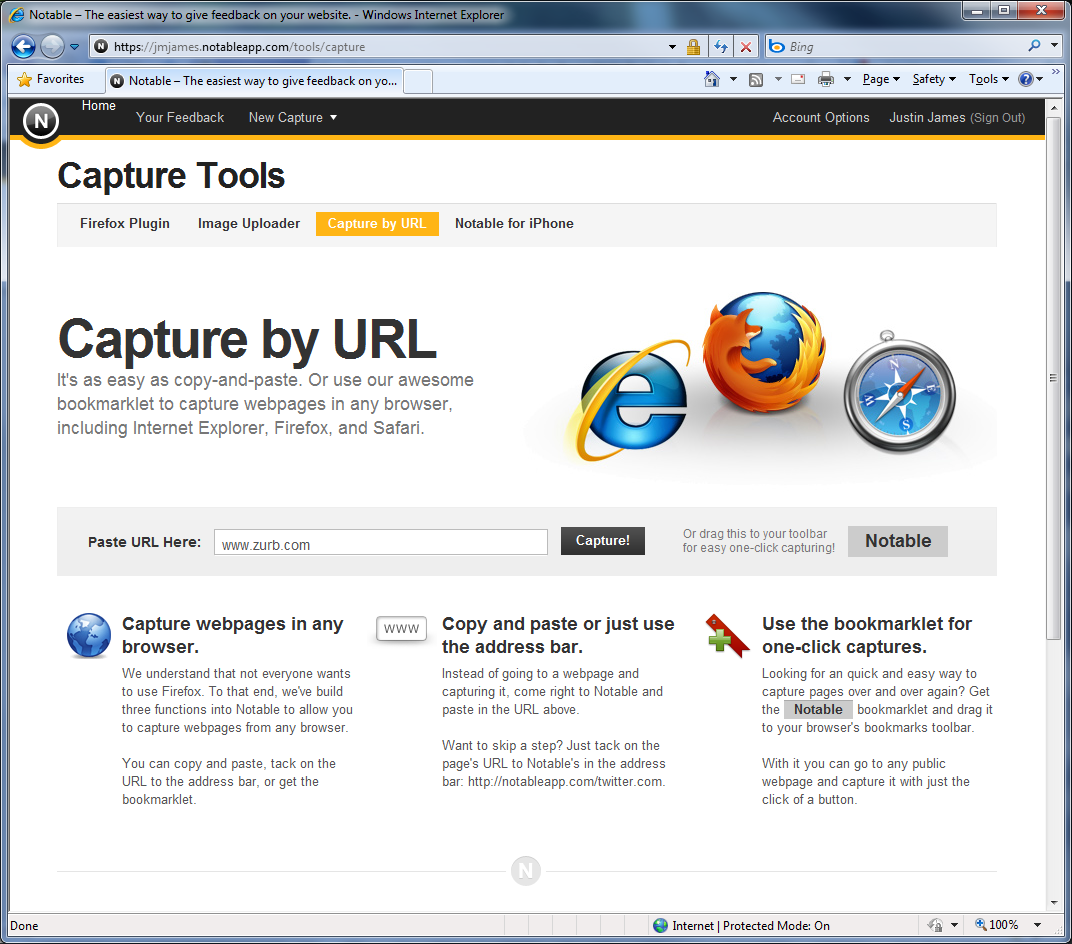 Notable is an application that Web designers and developers in particularly will love. However, anyone working on some sort of visual media such as graphics, software user interfaces, and so on, with a client or colleagues, will be able to make use of Notable.

Web designers, graphic artists, developers, and other workers who deal with visual items have always had difficulty in communicating with clients and colleagues during review sessions. Unless you get together face-to-face, it can be very difficult to understand what they are talking about ("oh, just make the pale section a little bit more vibrant"). In addition, the world has moved to a physically distributed, asynchronous workflow that makes review sessions more and more difficult. Notable addresses these issues by providing a simple to use, sensible system for people to comment on designs, and it is focused especially on Web design.

Notes limited to visual view: There are a number of views in the application, but notes can only be left on the "Visual" view.

Are you in a business where you need to send a visual design to a customer or coworker for feedback? If so, you will love Notable. This application is dead simple to use and understand. To get a visual in it, you feed it a URL and it takes a snapshot of the page. Alternatively, you can capture a page with the Firefox plugin, or directly upload an image. From there, you can share the image with others.

What makes Notable so useful, is that everyone can draw boxes on the image to highlight areas, and attach comments to the marking. Other people can then comment on the comment in a collaborative manner. This allows people to easily show exactly what part of the design they are talking about, and provides a great way for everyone's input to be seen, and keeps everyone on the same page during the discussion.

In addition, Notable can display the HTML and CSS of a Web page as well as just the content of the page with basic formatting. It also provides basic SEO information about the Web page. Don't think that Notable is only for Web pages, though. You can upload any image you want into the system, so Notable can be used to collaborate on and design anything from logos to illustrations to photos to GUIs.

Very sensibly, Notable provides permissions and workspaces systems. This allows you to ensure that different clients cannot see each other's projects. It also eliminates the age old issue of a client seeing a design that you aren't finished with, causing the customer to get confused and become angry that the design is wrong. Due to lack of iPhone, I was not able to test that aspect of the functionality, but it is there for capturing images from the iPhone itself, so you can work on mobile apps or Web sites as they appear on the iPhone.

Have you encountered or used Notable? If so, what do you think? Rate your experience and compare the results to what other TechRepublic members think. Give your own personal review in the TechRepublic Community Forums or let us know if you think we left anything out in our review.