Shawn Morton plans to jump on the 4G bandwagon when Sprint releases the HTC EVO 4G Android-powered handset. Let us know whether you're ready to make the leap to 4G.

One of the ways mobile carriers attempt to differentiate their offerings is by touting their network's speed. AT&T advertises its America's fastest 3G network in an attempt to refute Verizon's claims of having better 3G coverage. Now Sprint is promoting its 4G network.

So what does this mean for smartphone users? And just how much faster is 4G? Here's a quick rundown of what you need to know about 4G.

4G networks will be the first mobile networks to be completely IP-based and use OFDM (orthogonal frequency-division multiplexing) which is more efficient than previous methods, including TDMA and CDMA.

There are two flavors of 4G that carriers are using:

Regardless of the flavor, 4G provides speeds up to 100 times faster than current 3G networks.

Specifications have been established for networks that call themselves 4G and include:

Sprint is the only carrier in the United States that has rolled out its 4G network. While it is being marketed as 4G, it does not meet the 100 Mbit/s specification; it is currently running at 10 Mbit/s.

The is a list of 4G markets in the United States:

Sprint has announced that the following cities "will have 4G service in the near future."

The first 4G device announced for the U.S. market is Sprint's EVO 4G. It was unveiled at last month's CTIA Wireless event in Las Vegas. Made by HTC, the EVO 4G will be one of the most advanced smartphones available.

Specifications for the EVO 4G include: 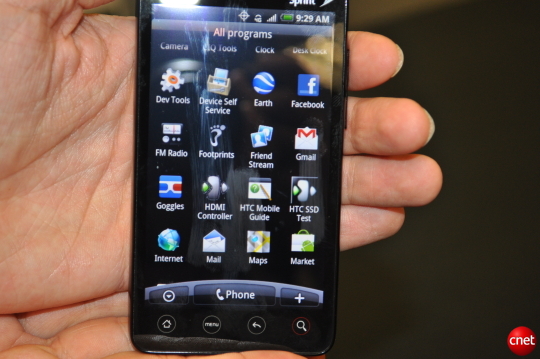 The HTC EVO 4G will be available for Sprint customers in the summer of 2010 in the United States. Neither the exact release date nor pricing have been announced.

The bottom line about 4G

As obvious (and cliche) as it sounds, 4G is the future of mobile. It provides enough network speed to deliver HD video streaming, multiplayer gaming, and video conferencing. I will be jumping on the 4G bandwagon as soon as Sprint releases the HTC EVO 4G this summer. I will follow up with a TechRepublic column about what I think of the device.

Are you ready to make the leap to 4G, or are you perfectly content with your current 3G network? Let us know in the discussion.