There is not as much in-house enterprise app development in the Apple iOS space as one might think.

Several weeks ago, I asked a simple poll question:

Are you developing in-house iOS apps for your enterprise?

However, the results of that simple question surprised me. Almost 70% of the respondents on TechRepublic were either not creating enterprise apps for iOS at all, or they were still on the fence deciding if they ever will. That means a mere 31% were actually developing in-house enterprise apps for their particular organizations.

That seems low to me and it makes me wonder, if the "in house" part of the question was a factor. Perhaps enterprises are opting to have third-party developers create the enterprise applications they require for their mobile and tablet devices? Is that the nugget of information you take away from this poll? 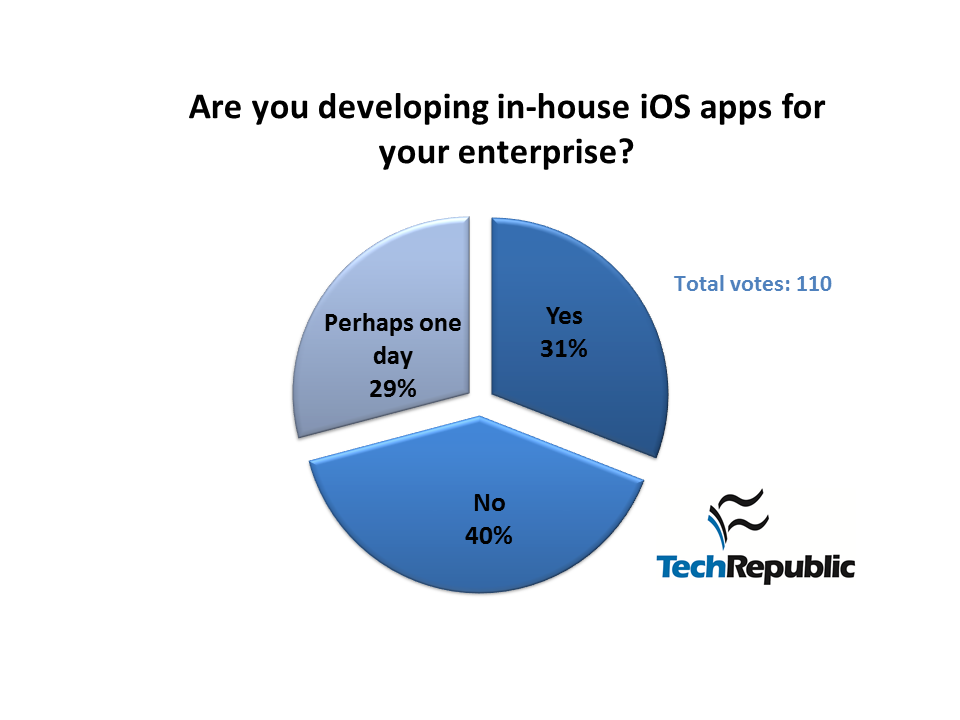