Donovan Colbert believes that any of the three mobile OS platforms could be best for you, depending on your needs. Do you agree?

In a recent post on TechRepublic, blogger Seb Janeck admonished mobile platform pundits for their incessant rivalry over which mobile OS platform is the best. Actually, comparing Android to iOS to Windows 8 (RT or Pro) is really missing the forest for the trees.

The fact is that all three of these OS platforms have their strengths and weaknesses. Depending on what you're already using and what you want to get out of your computing experience, any one of these three choices may be the superior option. Understanding your own goals and each platform will deliver the most positive experience possible. Failing to understand this will lead to disappointment. Fortunately, I'm here to try and help you make sense of the options available. 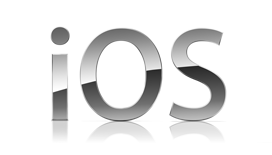 Let's start with Apple's mobile platform. By far and away the most polished, prestigious, and arguably popular mobile OS platform, there's no doubt that Apple started the modern post-PC era. There's a lot to love about iOS -- it's reliable, the hardware is gorgeous and cutting-edge, and it has the largest library of content and applications. Honestly, it's the perfect content consumption device for end-users who simply want to absorb and aren't interested in doing a lot of creation.

I'm not sure why so many technology bloggers want to paint the iPad as a productivity platform. Of the three platforms, iOS is the weakest in content creation and productivity. iOS is aimed squarely at average consumer markets and it's hugely successful in reaching this group. The iPad is so simple that toddlers and chimps can pick it up and understand it. I like to tease about this, but that's the key to its success. It's an appliance designed to empower nearly anyone to enjoy the benefits of digital devices.

However, having an easy device comes with sacrifices, and the biggest one is that iOS is the least suited for professional use. Sure, there are exceptions. Some niche industries, most notable the medical and music industries, embrace the iPad and drive a lot of app designs. Ultimately, I think that a more powerful and flexible mobile OS platform will become equal to or exceed iOS even in those fields -- but for now, Apple enjoys a lead. Otherwise, if you're not in one of those very narrow niches, iOS is only the best choice if you want a machine primarily for consumer applications with little or no professional productivity in mind. 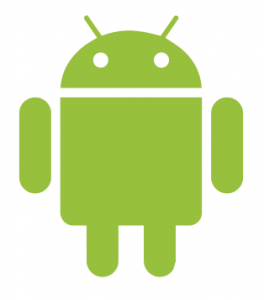 I believe that not only is Android the most popular smartphone OS, but it's also now positioned to be the dominant tablet and hybrid OS by the middle of 2013. It's no wonder, because Android is (in many ways) the "Windows" of mobile OS platforms. With multiple device manufacturers competing on price, quality, features and other positions, Android devices offer a flexibility that iOS cannot match. There's something for every budget, goal, and desire among Android-based devices.

Android is the middle ground. With many of the features (and liabilities) of a true mobile OS, Google has tried to walk a line in offering the same kind of intuitive, light-weight mobile experience as iOS but with the power and flexibility of a traditional Windows desktop OS. They've done a pretty good job at this, which is reflected in the popularity of this platform.

However, the process has not been without compromise. In making a more flexible and powerful platform that supports more devices, Android has become less of a consumer appliance and more of a power user's playground. While that may sound good to a lot of potential users, it means that Android is not as stable, predictable, or well designed as iOS. Things are just a little less polished.

At the same time, for true power users, Android falls just short of being able to deliver a completely satisfying experience. I've been using Android daily for several years, chasing a replacement for my Windows laptop. Part of my shock that iOS users are chasing this goal is my disappointment with Android in this regard. I can leave the PC notebook at home for trips and travel, but I've had to adjust and learn "work-around" methods that include saving the heavy lifting for a real PC. For some users, this is good enough. If you want a little more power on the road but are still okay with needing a PC to finish things up when you return, Android may be a good solution for you. 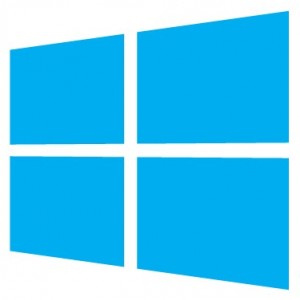 Microsoft has positioned themselves to compete with the encroachment of mobile OS platforms on the traditional PC, but Windows 8 is a complex platform in all its myriad forms. Windows delivers much of the mobile OS platform nearly as well as the previously mentioned platforms, but it retains a distinct focus on corporate business productivity as its primary role. Even the ARM-based Windows RT is aimed at users who are strongly invested in Microsoft's business platforms. If you want the strongest integration with Windows domains, Exchange, Office, and Microsoft's cloud and intranet solutions, Windows 8 is simply worlds ahead of either iOS or Android. The business-oriented apps are also far more advanced for enterprise-oriented goals, content creation, and organization.

The sacrifice here is that Windows 8 reflects Microsoft's philosophy on enabling powerful business applications that reward a steep learning curve with tremendous competitive advantage. This is the least intuitive touch-screen platform, the social integration is the most uneven, and the apps and consumer content are the sparsest (at least on the mobile side of the OS). You've also got some platform fracturing that can be confusing.

Windows RT is aimed at people who want a very lightweight device that offers a lot of the hardware features of competitive tablets, with a somewhat crippled version of Microsoft's "Classic" Windows mode. The crippled Classic mode still offers the best corporate productivity platform of any mobile tablet device in this class for professionals in Microsoft shops.

Windows Pro devices are really just full-fledged traditional PCs with a touch-oriented GUI. They can do everything a PC can do, but they offer mobile, touch-oriented features too. These devices do not generally deliver the same true instant-on and true 8+ hour battery life as mobile OS platforms, nor the quiet fanless operation. But if you're a heavy professional content creator in a Microsoft business and you want a device that offers many benefits of touch-screen mobile devices, there may be no better choice for you.

Remember, there's no platform that's truly superior to the others in this roundup. They all have benefits and compromises, so you need to select the platform that appeals the most to you. Depending on your needs and tastes, however, you might end up picking a platform that isn't the best solution for you.

Which device platform best fits your needs? Let us hear your questions and feedback in the discussion thread below.