Sure, the next iPhone is expected to have a new form factor, dual cameras, and multi-tasking, but the biggest issue at stake is improving battery life.

Forget about dual cameras, mobile video conferencing, or multi-tasking. Those are all innovations that Steve Jobs is expected to talk about on Monday at Apple's WWDC 2010 conference when he unveils the fourth generation iPhone.

UPDATE: See my article iPhone 4 battery life: How much is Apple promising? to learn what Apple .

However, the most important thing Apple needs to improve in its next smartphone is not nearly as flashy or attention-grabbing, but is the one feature that's holding back the device the most: Battery life. And, there's reason to believe Apple is ready to take a big step forward in that department.

The iPhone is so bad that it has difficulty holding a charge for an entire business day under even moderate use, and that makes it an impractical device for many executives, salespeople, and other highly-mobile professionals.

There are times when heavy iPhone use can drain the battery ridiculously fast. For an example, an hour of continuous use for Web browsing over 3G can easily drain up to a third of the iPhone's battery life. As a result, many iPhone users have to get products like the Griffin PowerBlock Reserve to help make it through an entire day of heavy use without a charge.

Meanwhile, Android devices--the iPhone's biggest competition right now--have by-passed the iPhone in battery life in many cases. For example, the Motorola Droid can easily make it though a business day without a charge. Although Android devices tend not to be as efficient as Nokia or BlackBerry smartphones (and some Android phones such as the HTC EVO are as bad as the iPhone), the battery life issue could become another reason for consumers and business professionals to choose Android over iPhone.

There's optimism that the 4th-gen iPhone will deliver significant battery life improvements. Most of that hope is pinned to the fact that Apple's iPad--just released in April--has terrific battery performance. The iPad gets over 10 hours of battery life in the real world, so it looks like Apple has learned a few things about engineering better power savings in mobile devices.

Of course, the iPad also has two huge batteries as you can see in the photo below (from TechRepublic's Cracking Open the Apple iPad gallery). 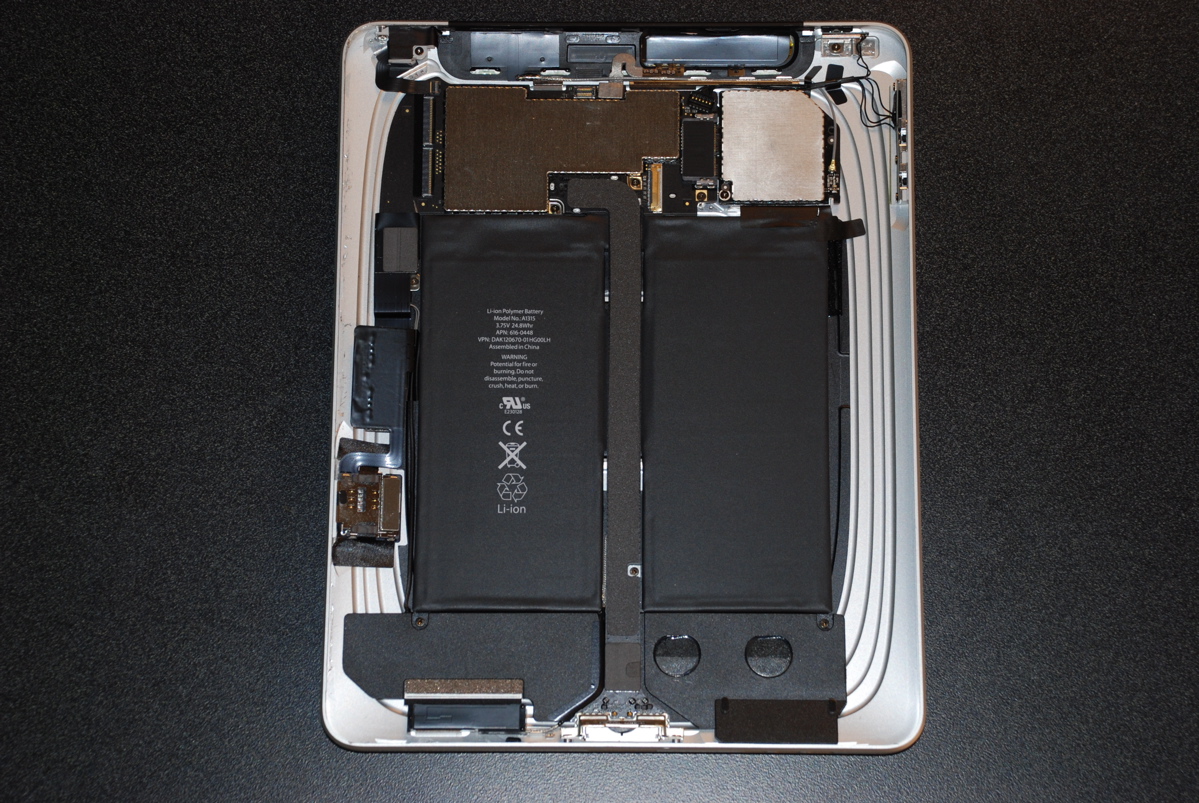 The iPhone won't have the luxury of even one battery that large, although Gizmodo's dissection of the stolen iPhone4 reported that the next iPhone has a 16% larger battery than the iPhone 3GS. Still, that alone won't be enough to deliver battery life to compete with Android devices, let alone BlackBerry or Nokia.

The biggest factor that led to the excellent battery life in the iPad was that Apple designed its own system-on-a-chip (SoC) to run it. Being able to optimize this ARM-based Apple A4 chip with the iPhone OS software that powers the iPad obviously produced an extremely power-efficient product.

Now that Apple is in the chip design business, the expectation is that the fourth generation iPhone will also be built on Apple's custom silicon and that the company will be able to take advantage of the efficiencies it has learned in optimizing the A4 with the iPhone OS for the iPad.

The new iPhone may or may not be powered by the same exact A4 processor that drives the iPad, but I'd be shocked if the fourth generation iPhone isn't built on Apple's custom silicon. And, that is the iPhone's best hope for a major boost in battery life.

Make no mistake, battery life is a top priority for business professionals who use smartphones, and since 40% of iPhone sales are made to enterprise users, this is something Apple needs to improve significantly. The iPhone can't just rely on better usability and more applications. Android is quickly catching up on both of those fronts. The iPhone already has the yoke of AT&T's network around its neck and the perception of a closed ecosystem working against it. If Apple doesn't fix battery life this time around, it will become a major competitive disadvantage.