Speaking to a BBC reporter at the World Economic Forum in Davos, Switzerland last week, Microsoft chairman Bill Gates predicted that the current economic downturn could last up to four years.

Speaking to a BBC reporter at the World Economic Forum in Davos, Switzerland last week, Microsoft chairman Bill Gates predicted that the current economic downturn is going to last several years, but he also struck a confident tone about the development of technology and science as well as the potential of capitalism to foster innovation and opportunity that will help the world recover from its current problems.

"There's no doubt that the short term is going to be very rough. There's a lot of cutbacks going on across many industries," said Gates.

"[But] great innovation in companies and universities are creating new medicines, creating genetic understanding, new materials, better software, and those are the engines of progress that will get the economy back up and going. I feel confident that in a 5-10 year time-frame we'll be in that trend."

Watch the 13-minute BBC video clip in which Bill and Melinda Gates talk about the current state of the economy, technology, software, and the work that their foundation is doing to help people across the globe during difficult times. 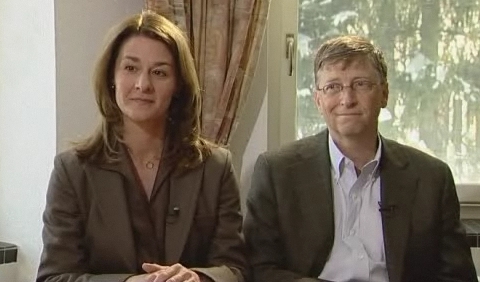