EMC and AT&T are collaborating on a cloud storage offering, they jointly reported on Monday. That's good news in an environment where there is increasing fear that cloud computing solutions are developing down a fragmented path.

EMC and AT&T are collaborating on a cloud storage offering, they jointly reported on Monday. That's good news in an environment where there is increasing fear that cloud computing solutions are developing down a fragmented path that will eventually require inter-connectivity. However, both companies acknowledged that there are limits to the collaboration announced.

AT&T's Enterprise division announced the availability of AT&T Synaptic Storage as a Service on Monday at EMC World in Orlando. This on-demand storage product allows businesses to essentially rent storage capacity from AT&T. That storage capacity can then scale up and down as needed, with companies only paying for their usage and not locked into a long-term contract. 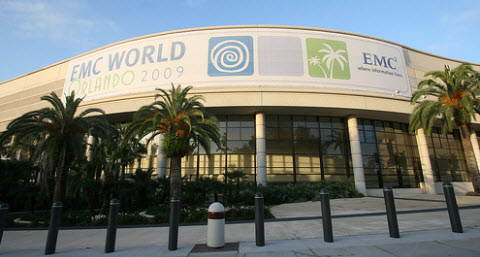 Rowan Pacewicz, senior vice president of AT&T Business Solutions, said, "AT&T has always strived to bring the best of breed service to enable its clients to overcome business challenges. And working with EMC, AT&T can provide our customers with a flexible and cost-effective solution for storing, delivering and retrieving data that helps them meet their changing business needs."

AT&T selected EMC as the technology vendor to build out the service, which will be based on EMC Atmos Cloud Optimized Storage (COS) technology and deployed in AT&T Internet data centers (IDCs). EMC and AT&T are jointly developing and marketing the service.

Interestingly, the two companies will actually be competing in some cases because EMC will likely be selling Atmos to other providers -- competitors to AT&T. But AT&T has 38 global data centers in 12 countries and on four continents, so its offering will be broad and comprehensive.

Meanwhile, EMC will help other vendors develop niche solutions. And EMC is promising to offer "federate" different types of solutions built on its Atmos technology. That could be across vendors or it could also be from an on-premise (internal) Atmos system to an off-premise (external) Atmos system.

That federation could approach could be a step toward unifying different approaches to cloud computing. However, it will not solve all of the challenges.

Vint Cerf, Chief Internet Evangelist at Google and one of the founders of TCP/IP, recently wrote about his concerns about cloud computing being disjointed:

"In recent years, the term 'cloud computing' has emerged to make reference to the idea that from the standpoint of a device, say a laptop, on the Internet, many of the applications appear to be operating somewhere in the network 'cloud.' Google, Amazon, Microsoft and others, as well as enterprise operators, are constructing these cloud computing centers. Generally, each cloud knows only about itself and is unaware of the existence of other cloud computing facilities. In some ways, cloud computing is like the networks of the 1960s when my colleagues and I began to think about connecting computers together on networks. Each network was typically proprietary...

Both EMC and AT&T acknowledged that the federation scheme will not include outside storage providers such as Amazon S3. They commented that in order for that to happen, there would need to be an open standard created and there isn't a standard that currently exists.

So Atmos is a small step in the right direction but there's still a lot of collaboration and standards work that will need to be done to keep the cloud from forking.

See also: EMC World kicks off with new cloud offerings and EMC World: A view of the enterprise from above the cloud