The Dell Streak is the first Android tablet from a major PC maker. Learn the pros and cons of the Streak and whether TechRepublic recommends it or not.

The Dell Streak has finally arrived in the real world, after months of speculation and a couple false starts. It's technically the first Android tablet from a major PC maker, but it's actually a lot more like an Android smartphone than a competitor to the Apple iPad. Learn the pros and cons of the Streak and whether TechRepublic can recommend it or not.

Rather than a long narrative, TechRepublic product reviews give IT and business professionals exactly the information they need to evaluate a product, along with plenty of photos, a list of competing products, and links to more information. You can find more reviews like this one on our Product Spotlight page. 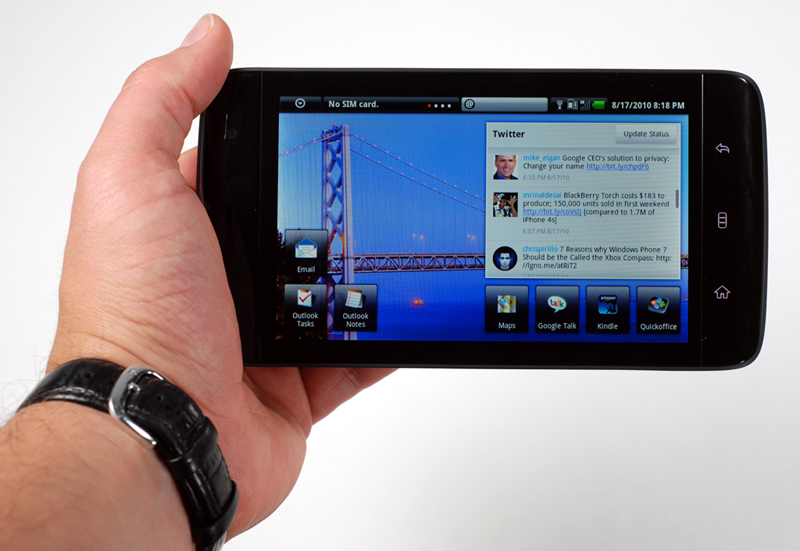 This is my primary question with the Streak. Who would use it? I've struggled to find any really good use cases, especially for business professionals. It's too big to make it your primary smartphone, unless you only make a couple calls a week and mostly use your smartphone for messaging, apps, and mobile Web browsing. And, you're comfortable with a 5-inch tablet in your pocket or bag. The Streak could be a decent tablet for field workers who use Web-based applications to do their jobs, or if there are Android apps to handle those tasks.

We've been hearing about the flood of Android tablets preparing to hit the market since the beginning of 2010 -- even before Apple released the iPad. However, we're over half-way through the year and no significant Android-based iPad competitors have arrived. Dell's 5-inch device is the first Android tablet from a major PC manufacturer.

The Dell Streak has two things going for it: 1.) It's technically the first Android tablet from one of the big PC vendors so it has first-mover advantage, and 2.) When you get it your hands, it feels very usable and likeable. But, the Dell Streak is much more like a smartphone than a tablet and when you compare it to the other top-of-the-line smartphones, it becomes much less attractive. If you really want an Android device with a big screen that feels like a small tablet, I'd recommend the 4.3-inch HTC EVO 4G over the Dell Streak.