Firefox has been losing momentum to Google Chrome in 2010, but a new innovation called Tab Candy could give Firefox a big leap forward.

During 2010, Firefox has had much of its momentum as an alternative Web browser stolen by Google Chrome. However, a new Firefox innovation called Tab Candy will make Firefox act more like a operating system, with much-improved multitasking and sharing capabilities. In fact, if the Firefox team can pull off all of the features of Tab Candy that it recently demonstrated, it would leapfrog Chrome in functionality.

The Tab Candy functionality is being spearheaded by Aza Raskin, the Head of UX at Mozilla Labs. Raskin is the son of Macintosh creator Jef Raskin and he joined Mozilla in 2008 when his software company Humanized merged with Mozilla.

Raskin said, "How many of us keep tabs open as reminders of something we want to do or read later? We're all suffering from infoguilt. We need a way to organize browsing, to see all of our tabs at once, and focus on the task at hand."

With that mind, here's what Tab Candy can do: 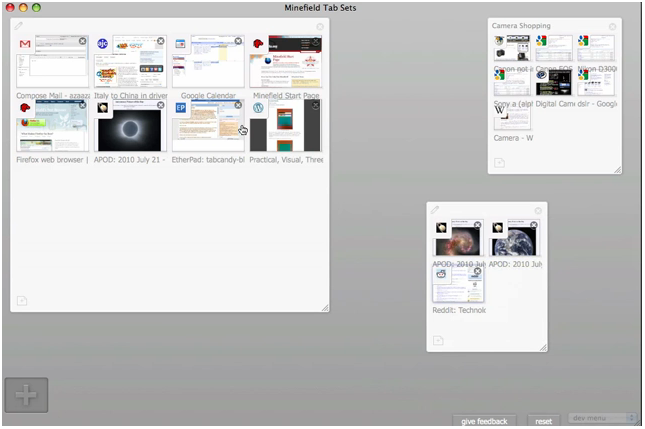 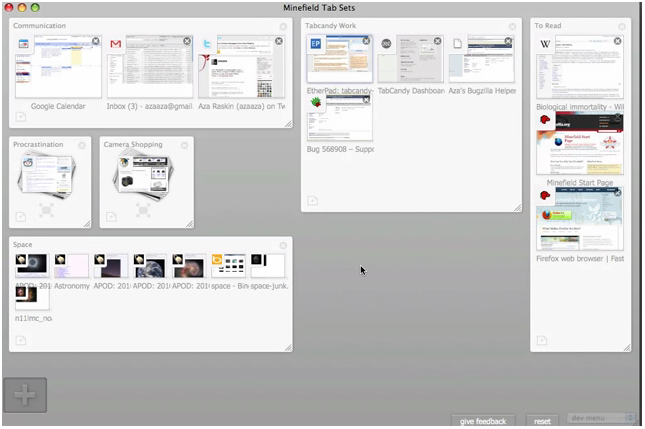 Figure B: Tab Candy can handle lots of tab groups 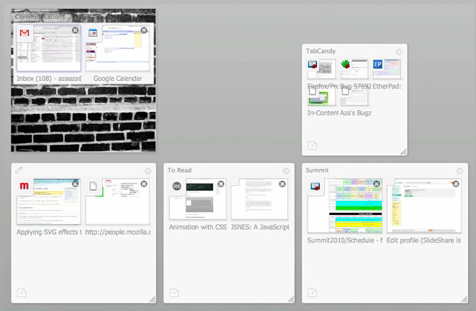 Figure C: To distinguish between different tab group you can give them a color or background 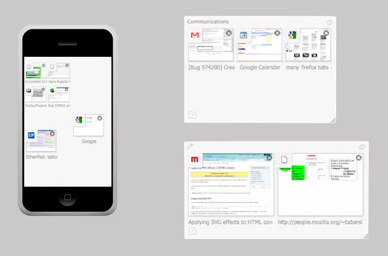 Raskin has perfectly articulated the workflow and tab overload problem in today's Web browsers, and his Tab Candy vision of innovating the browser experience would be a major step forward. And, Firefox needs a big shot in the arm. Not only is Google Chrome leaching away more and more Firefox users, it has also stolen away Firefox's reputation as the browser bringing the most innovation to the Web experience.

My only question with Tab Candy is if and when it will make it into Firefox. In the lackluster announcement of Firefox 4 in May, the Firefox team had Tab Candy listed in light gray at the bottom of its list of new features (giving no indication of its importance). Raskin said "The reason why Tab Candy was listed in grey in the product plan is that there are still some implementation challenges to be solved and a couple user experience questions to be answered for us to be able to commit to TabCandy being in Firefox 4."

Part of the challenge may be that Tab Candy is being developed entirely in HTML, Javascript, and CSS, and what they are trying to accomplish is extremely ambitious. The other part may be that the Mozilla leadership hasn't honed in on how big of a deal Tab Candy would be for users.

Make no mistake, this is Firefox's best shot at competing with Chrome since the rest of Firefox 4 feels much like a copy of Chrome. Launching Firefox 4 with Tab Candy should be Mozilla's top priority.