With jobs being shed and cash being horded by big technology companies, it would be easy to assume 2009 will be a quiet year in tech. Don't believe it. In fact, 2009 is going to be a watershed year. Here's why.

With jobs being shed and cash being horded by big technology companies, it would be easy to assume 2009 will be a quiet year in tech. Don't believe it. In fact, 2009 is going to be a watershed year. Here's why.

Economic downturns are a great time to grow a business. It's when a lot of innovation happens quietly under the radar. That's because some companies get sidetracked trying to stay alive and weaker competitors often go out of business. That leaves the door wide open for innovators who find a way to build a better mousetrap, or offer products that are highly valuable in a down economy, or think up a product that no one knew they needed yet.

For a capital-intensive industry like the technology industry, it's natural to think that it will be one of the areas of the economy hardest hit by the current recession. However, in spite of the economic storm clouds, 2009 will likely be a watershed year in tech. There are two factors driving this: 1. Developments under way that will not slow down for the recession and 2. Opportunities that are being created or intensified by the recession itself.

As such, the following four developments will make 2009 a critical and memorable year in tech.

U.S. President Barack Obama is a long-time champion of universal broadband access. In 2007, he remarked, "Let us be the generation that reshapes our economy to compete in the digital age... Let's lay down broadband lines through the heart of inner cities and rural towns all across America." 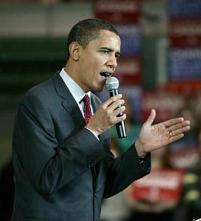 So, it's no surprise that broadband investment is a large part of the massive economic stimulus package that he wants to use to jump-start the jalopy that is the U.S. economy. Although the $800 billion package - which is expected to pass this week - contains about $6 billion for broadband investments, this is likely just the beginning of the broadband initiatives for the Obama administration.

The current package contains $350 million to establish a new program that will create a detailed U.S. broadband map to identify underserved areas. It also includes a pair of $2.8 billion allotments, one to the U.S. National Telecommunications and Information Administration (NTIA) and one to the Rural Utilities Service (RUS) of the U.S. Department of Agriculture. That money will provide grants and loans to broadband vendors for build-outs in these underserved areas.

Those grants and loans will include open access provisions (a.k.a. Net Neutrality) and minimum bandwidth speed requirements: 45 Mbps for wired and 3 Mbps for wireless. The speed requirements will likely tip this toward favoring the wireless providers: Clearwire and several smaller vendors for WiMAX, and Verizon and AT&T for 3G/4G cellular broadband. That's not necessarily a bad thing if the U.S. emerged with a fully mobile and ubiquitous Internet infrastructure.

Broadband is important because it has a variety of social and economic impacts. It connects companies to a wider selection of labor markets, including lower-cost markets in the south and midwest. It enables talented workers greater options for telecommuting. It drives efficiency by enabling video conferencing and thus reducing the need for airline trips to attend a single meeting. The spread of broadband also has important ramifications for tele-medicine and distance learning.

Plus, if the United States is successful in spreading broadband to rural areas and making broadband more affordable to the masses, then this blueprint could spread to other parts of the world as well.

2. Storage in the cloud

Cloud computing was overused as a buzzword in 2008 to the point that it became nauseating. Some people really seemed to have no idea what they were referring to when talking about cloud computing, but the thing that most people latched on to was Web-based applications like Salesforce.com.

Web-based apps remain important, and you can expect them to continue to change the ways people work during 2009, but a much more important development is the arrival of Web-based storage. This is going to fundamentally change computing, because it is going to untether users from their PCs and allow them to quite simply access their work from anywhere on any device - eventually including smartphones as well.

While this may sound obvious and fairly simple, it has massive implications for the future of operating systems, IT management, personal privacy, and the ways that everyday people use computers.

Imagine Web-based storage not only storing your personal documents folder but also saving your bookmarks and cookies from your Web browser and your user-state information from your PC and smartphone so that, no matter what device you connect from, you will always have your shortcuts and settings configured just the way you prefer.

These types of scenarios have been rumored for years, but in 2009 you're going to see Web-based storage emerge as a major product from Microsoft, Google, and others. Microsoft already has SkyDrive and LiveMesh (competing products that will likely merge in 2009). Google has Google Docs and Gmail, which offer some Web-based file capabilities, and it has long been rumored to be working on the Google Drive, or GDrive.

Even more significantly, in recent years both Google and Microsoft have been building out massive data centers in a variety of locations in preparation for a feature where they will be providing much larger and more redundant online services. Cloud-based storage would definitely qualify.

In 2007, when OLPC launched its XO laptop and ASUS launched its Eee PC, neither expected the massive market response that they got, especially from mature PC markets in the United States, Europe, and Japan. The demand for those two products led to the Netbook explosion, and computer makers Hewlett-Packard, Dell, Acer, and others launched their own Netbooks in 2008.

Almost all Netbooks have lightweight processors, minimal memory, and miniscule storage, and they are useful primarily for Web browsing, e-mail, and basic documenting viewing and editing. One thing that the Netbook phenomenon shows is that a lot of users don't need to do much more than that, and in the past many of them probably had a lot more computer than they needed.

The other trend that came out of the Netbook phenomenon was that many users were willing to buy a Netbook as a second or third computer, such as road warriors who just wanted something lightweight with good battery life to take on the road.

Many of these Netbooks are powered by Intel's Atom processor, and Intel now admits that it sees the Atom becoming its most widely-sold processor within the next few years. In addition to Netbooks, 2009 will see the arrival of "Nettops," Atom powered desktop computers. Some of those could cost as little as $100 (not including monitor) and could also be used to power thin clients as well.

The result of all these "cheap" PCs being unleashed on the market is that it will drive down the overall cost of a PC and significantly lower the barrier to entry for new people trying to buy a PC for the first time or replace an old one. That will lead to an increase in unit sales of PCs, although the profit margins will be razor thin for computer makers. However, combined with the U.S. investment in broadband, this could bring an inexpensive PC and low-cost Internet service to some of the families that have been left out of the digital revolution.

The growing power of Netbooks is so significant that Microsoft has already declared that Windows 7 will run on Netbooks.

4. An opportunity in power

After cloud computing, the next most overused buzzword in 2008 was "Green IT." And while many Green IT and alternative energy initiatives have been shelved due to lack of funding since the economic meltdown last September, there is still a place for projects that can show a clear ROI through energy savings.

Most businesses, IT departments, small offices, and even consumers have not come anywhere near achieving the kind of energy efficiency or conservation that they are capable of. In all of these cases, there is lots of energy wasted on a daily basis. For businesses and IT departments, this is low-hanging fruit, because there are lots of efficiencies that they can wring out and then come away with substantial savings on the electric bill.

One of the easiest places for IT departments to start working on power savings is with desktop computers, because they are typically left on constantly and the default power management settings are often disabled or set to leave the desktops on all the time. Products like Verdiem allow IT departments to take control of all the desktops on their network, override apps that unnecessarily wake up the computer, and apply policies that can enforce much stronger power management settings while still keeping the system usable. This can save big money, especially in very large companies.

Another approach to the same problem is offered by EcoButton, a single button that employees can use to put their computers to sleep when they walk away for a moment, and then wake the PC back up as soon as they return. This also has a splash screen that shows the employee how much energy and money has been saved to date by using the product. Right now, the product is mostly aimed at small businesses and home users, but an enterprise version will be released later this year.

The difference with EcoButton is that it not only saves energy but it also raises awareness among employees. For example, one company that gave out EcoButtons quickly noticed that users became much more likely to turn off lights and look for other opportunities to conserve power.

Other opportunities for businesses and IT departments to wring out additional energy savings include server consolidation and server virtualization in the data center. Also, Cisco wants to help manage the power of devices across the network with its new EnergyWise technology.

There is now the collective will to conserve energy as a matter of corporate and social responsibility, a huge opportunity to save money on electric bills, and tools that help businesses manage the process intelligently and with clear ROI.