The HTC Incredible has arrived as one of the most powerful Android smartphones on the market. Learn the pros and cons of the Incredible as a business device.

For those who had been waiting for the Google Nexus One to arrive on Verizon Wireless, the HTC Incredible stepped into the void to offer a high-end, touchscreen-only Android phone that can stand toe-to-toe with any device in the smartphone market.

Here is our full review of what the Incredible has to offer and its pros and cons as a business device.

Rather than overwhelming you with a long narrative, TechRepublic product reviews give you exactly the information you need to evaluate the product, along with plenty of photos, a list of competing products, and links to more information. You can find more reviews like this one on our Product Spotlight page.

Click the image below to go to a full photo gallery of the HTC Incredible, including unboxing, software, and hardware photos.

Knowledge workers who want a high-end touch-screen smartphone on Verizon Wireless (in the U.S.) will be attracted to the HTC Incredible (also called the Droid Incredible by Verizon). Businesses that need strong device security and manageability will still be more attracted to BlackBerry, but those who want a better mobile Web experience and more third party applications in an open ecosystem will be drawn to Android devices like the Incredible.

The Verizon Droid was released in October 2009 and has been a very popular device. However, its slide down keyboard made it a little thicker and more bulky than it needed to be and the keyboard itself wasn't that great. In fact, many users reported rarely using the hardware keyboard. The Google Nexus One came out a few months later and offered an all touchscreen device with a high-end hardware profile, but it was only available through Google with service from T-Mobile (and later AT&T). The HTC Incredible offers a similar form factor to the Nexus One, as a touchscreen-only device, but pairs it with a more robust data network in Verizon Wireless. 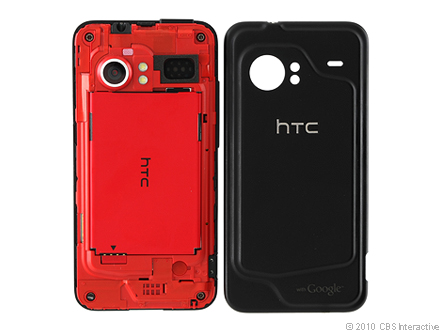 The HTC Incredible has jumped into the fray as one of the best high-end smartphones on the market. Being on the Verizon network in the U.S. gives it great connectivity. Being part of the Android ecosystem means that it's riding a wave of innovation but is also exposed to the risks of OS fragmentation.

The Incredible isn't quite as enterprise-friendly as a high-end BlackBerry, but it offers a much more powerful Web and application experience. Its high-end hardware profile means that this device will likely hold up well over time for those who will be locked into using it for two years.