You've probably heard the hype swirling around Sprint's HTC EVO 4G smartphone. Here's the full scoop, from a business and IT perspective.

By now you've probably heard the hype swirling around Sprint's HTC EVO 4G smartphone. It's the first 4G smartphone on the market, it's the most fully-loaded device in this category, and it breaks the mold by creating a phone that is larger-rather than smaller and thinner-than the standard devices that currently dominate the market.

Here is TechRepublic's review of the EVO, from a business and IT perspective.

Rather than overwhelming you with a long narrative, TechRepublic product reviews give you exactly the information you need to evaluate a product, along with plenty of photos, a list of competing products, and links to more information. You can find more reviews like this one on our Product Spotlight page. 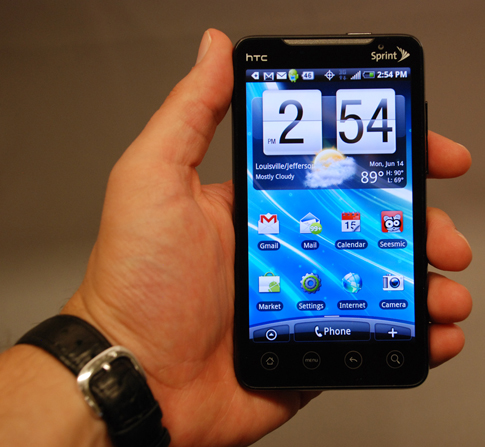 The HTC EVO 4G is a high-end smartphone aimed at knowledge workers that need the latest mobile capabilities, from a 1GHz CPU to an 8 megapixel camera to a 4G WiMAX connection to the largest display you'll find on a smartphone. The mobile hotspot option is another valuable feature that can offer a lot of value to road warriors by allowing them to use their smartphone in place of a MiFi or a mobile broadband card to connect a laptop and other devices to the Web.

The biggest factor holding back high-powered smartphones is the speed limitations of the mobile data networks. Even 3G connections offer barely broadband-level speeds. 2010 is the watershed year for 4G (WiMAX and LTE) hitting critical mass, and the HTC EVO is the first 4G-capable smartphone in the U.S., so it offers a peek at the future. When you combine a 4G connection with the mobile hotspot feature then the EVO can save you money (versus a smartphone + mobile broadband device), save you from having to carry an extra device, and offer the ability to connect multiple devices over Wi-Fi and still get a usable Internet connection. Even on 3G, Sprint typically offers respectable data speeds but connecting more than two devices will bog it down. The EVO's 4G WiMAX connection is the answer to that but it's limited to a couple dozen metro areas right now. However, Clearwire plans to launch WiMAX in about 20 additional markets by the end of 2010, including tech strongholds Boston, New York, and San Francisco.

For executives, highly-mobile professionals, and IT administrators that need as much computing power as they can get on the go, the HTC EVO 4G delivers more than any device available at the time of its launch, and its 4G capabilities will keep it in the lead for a while, especially if WiMAX rolls out to all of the cities promised by the end of 2010.

If you can get past the added bulk of the HTC EVO 4G, you'll find that it's a very likeable and useable phone. And, for some, the additional screen size will be a benefit for reading and typing.

Of course, with this device you get the benefits of the Android ecosystem, as well as its drawbacks. By this time next month there will be a hot new Android smartphone grabbing all of the headlines and the EVO 4G will slide into the background. Meanwhile, when Google releases updates to Android (such as version 2.2 of the OS), the HTC devices like the EVO 4G will get stuck in a holding pattern until HTC thoroughly tests the updates with its software. That is very frustrating.

In the enterprise, we're still not seeing hardly any companies deploying Android devices--and certainly not in the kinds of volumes we see with BlackBerry or Nokia smartphones. Android is even lagging the iPhone in enterprise deployments, as Apple has made moves to cozy up to IT and many executives continue to push the iPhone from the top down.

However, with more and more workers selecting their own smartphones and a few enterprises starting to bite on Google Apps, Android is well positioned to make gains from those trends, and the HTC EVO 4G is now the king of the hill in Android land.