The Internet is a global community with over one billion residents. If it were a formal nation, who would its citizens elect as their fearless leader? Here are four candidates that I propose for a mock election. Make your vote count.

The Internet is a global community with over one billion residents. If it were a formal nation, who would its citizens elect as their fearless leader? Here are four candidates that I propose for a mock election. Make your vote count.

Since this is the time of year when we celebrate the founding of the United States as a nation on July 4, 1776 and since the Internet has become an ad-hoc nation of its own with over a billion citizens, it's the perfect time to have a little fun and speculate about who the people of the Internet would choose if they could elect a leader.

Others have joked about this idea in the past. Now it's time to get serious -- or at least as serious as you can for a mock election. I'd like to nominate four candidates for the fictional office of President of the Internet. All four are very talented individuals that have a vision of where the Internet needs to go and each would lead the Internet into an even brighter future.

For more information on this mock election and insights on other tech topics, follow my Twitter stream at twitter.com/jasonhiner

These four candidates are all fairly neutral and objective thought leaders (though all highly-opinionated). I avoided nominating leaders from the Internet's most prominent companies, even though I was tempted by Google's Larry Page and Cisco's John Chambers, for example.

I realize the irony that all of these proposed candidates are Americans -- in fact, they're all Americans living in California -- while the Internet is truly a global phenomenon. I will partly blame the irony on the fact that this is being posted on American independence day. I considered several international thought leaders, such as Skype co-founder Niklas Zennström, but in the end I simply found these four candidates to be the most compelling.

Rules of the election 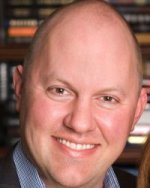 So, in many ways, Andreessen is the founder of the republic. He's like the George Washington of the Internet. That alone makes him a worthy candidate. However, over the past decade, Andreessen has gone on to found services provider Loudcloud (later renamed Opsware and sold to HP) and co-found social networking startup Ning.

With the hundreds of millions of dollars he made from the Netscape and Loudcloud acquisitions, Andreessen has also become one of Silicon Valley's most influential angel investors, giving money to promising early startups so that their founders can independently pursue new ideas for transforming the Internet. Andreessen has helped fund a lot of winners, including Digg, Facebook, and Twitter. Andreessen is now on course to start his own venture capital firm with longtime business partner Ben Horowitz.

His vision for using the Internet to improve the lives of average citizens and his track record of identifying trends and products that will be adopted by the masses make Andreessen a very attractive candidate. 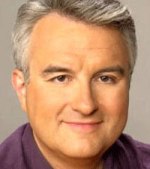 Leo Laporte was the technology world's first big television star. He was the long-time host of The Screen Savers, the lead show for the cable channel TechTV. He has also done regular tech segments for PBS, CNBC, and MSNBC. After leaving TechTV, Laporte went on to start the This Week in Tech (TWiT) podcast, which helped define the podcast as a legitimate media genre and has reigned as one of the Web's most downloaded podcasts.

His television background would make Laporte the Ronald Reagan-like candidate of this election. He would also be the best at setting up an Abraham Lincoln-like "team of rivals" because that's what he does every week on TWiT, and he has shown a remarkable ability to bring together a lot of strong personalities and engage them in a constructive dialog about the direction of the technology world.

Laporte is a voracious absorber of information and a walking encyclopedia of the tech revolution. He is also a fierce believer in the power of the Internet to transform society, the media business, and the corporate world. 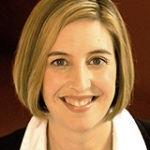 Molly Wood's famous rants about what's wrong with technology and the Internet are one of the main factors that have driven the rise of CNET's Buzz Out Loud, which recently celebrated its 1000th episode and remains one of the Web's most popular daily news shows. (Both CNET and TechRepublic are part of CBS Interactive.)

Very few people in the technology world can stir up the masses the way Molly can. When she targets companies that are doing ignorant -- or worse, willful -- things to hurt the average Internet citizen, look out! Molly will unleash fiery diatribes calling them out for their shameful behavior.

Beyond her work at CNET, Molly also has a personally-run blog called The Culture of Ownership, where she shakes her fist at "corporate malfeasance, overt patent trolling, [and] overzealous attempts at business-model preservation via lawsuits against and harassment of consumers." In other words, she advocates for principles such as Net Neutrality and fighting consumer-hostile laws in the digital age.

In this election, Molly is undoubtedly the populist candidate who looks out for the little guy. She is also the candidate of change who wants to promote a more open Internet. 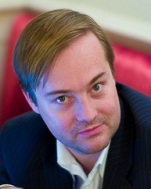 Brooklyn, New York native Jason Calacanis is a gritty and resourceful entrepreneur who originally rose to fame during the dot com boom when he founded the Silicon Alley Reporter in New York. He later sold that publication and founded Weblogs Inc. (including Engadget) and helped stimulate the blogs revolution. He eventually sold Weblogs Inc. to AOL.

He now lives in Los Angeles, where he has founded a new startup called Mahalo, which is a human-powered search engine attempting to innovate on Internet search by allowing the user community to help formulate and filter the search results.

Calacanis is well-connected to the Internet's centers of power and influence on both coasts. He also has a track record of being a step ahead of the market and building companies that can take advantage of future trends, so he's always got a vision of the Internet's next big thing.

We have to think of Calacanis as the dark horse candidate in this election. He is not as well-known to the broader Internet community as the other three candidates. However, if this election had a debate between the four candidates, I suspect Calacanis would surprise a lot of people with his passion and vision and would win over many voters.

If one of the write-in candidates receives an overwhelming number of votes (100+), then that candidate will be included in a run-off with the top two vote-getters in this poll, but only if a run-off is needed for one of the two reasons mentioned above in the rules section.