Cynics may mock the Microsoft Surface as an iPad knockoff, but it has enough going for it to turn the heads of a lot of business customers. 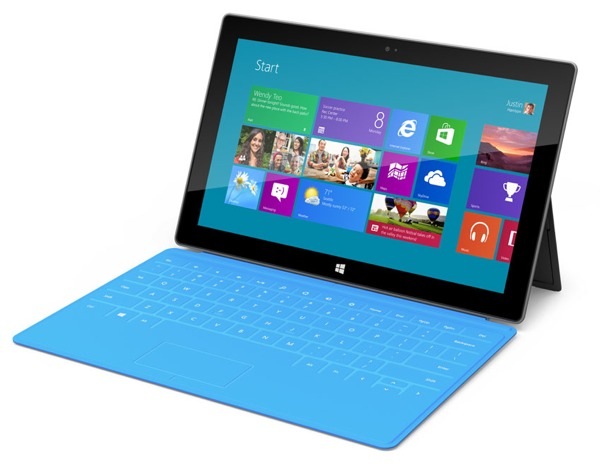 As I've said many times, I barely have any use for the iPad. Most technologists I know feel the same way about tablets. However, most of us understand that we're an anomaly. For tens of millions of people, using a tablet like the iPad is infinitely easier and less frustrating that dealing with a Windows laptop. That's why tablets are eating the bottom out of the PC market, and the trend is accelerating.

Microsoft knows this. It also knows that an alarming number of companies are allowing their employees to use iPads and some are even running trials to hand out iPads to lots of highly mobile employees. What's even worse for Microsoft is that most of these employees are loving it and are gladly chucking their Windows laptops aside.

Read more: Six scenarios where the iPad is trouncing the PC

While a lot of these employees will still periodically use Windows machines for some of their work, they're using them less frequently and that means slower PC upgrades and less urgency to jump to Windows 8. We're still only talking about a fraction of the market -- iPad will sell 60 million units in 2012 versus 400 million PCs, according to Gartner. Nevertheless, it has Microsoft freaked out because it's been just a little over two years since the iPad debuted.

That's a lot of disruption in a short period of time.

Of course, that brings us to the announcement of the Microsoft Surface tablet this week. Microsoft turned a lot of heads by revealing that it is going to build its own line of Windows 8 tablet devices, à la Zune and Xbox. The hardware design for the Surface that Microsoft showed off on Monday was impressive enough to pique the interest of the tech press and the public.

The tablet itself looks a lot like the iPad and many of the high-end Android tablets, but there were a pair of features that stood out. The first was a sturdy built-in kickstand that stealthily pops out from the back of the tablet. The second is the magnetic cover that doubles as a keyboard and touchpad. When you put these two features together you suddenly have a tablet that easily doubles as a laptop. That eliminates the need for someone to have two devices.

Sure, the hardware of the Microsoft Surface echoes the iPad. But, Microsoft did use a special magnesium body that makes it light, thin, and durable. Sure, the cover of the Surface is a copy of the iPad's Smart Cover, but Microsoft did innovate by adding a keyboard on the inside.

There's plenty about the Surface that screams, "iPad knockoff!" and the failure of Android tablets and the tablet debacles at RIM and HP show that trying to build an iPad competitor for the enterprise can be a brutal business.

Still, the Microsoft Surface has something going for it that the BlackBerry PlayBook, HP TouchPad, and the parade of Android tablets don't -- it's going to automatically drop into the Windows networks that most Fortune 500 companies as well as a lot of small and medium businesses already have in place. That's going to mean a lot fewer worries about compatibility, security, and data protection. In other words, it means a lot less work for IT on the backend and a smoother transition for many users.

Tech News You Can Use Newsletter

We deliver the top business tech news stories about the companies, the people, and the products revolutionizing the planet. Delivered Daily

That doesn't mean the Surface tablet is a slam dunk. There is still a big question about whether users are going to find the Windows 8 interface as easy to use as the iPad. And, will spyware and malware become a big problem on the Surface since it's running the full version of Windows? Above all, how much is it going to cost? The Pro version of the Surface tablet that most businesses are going to want is expected to cost about the same price as an Ultrabook -- in the $800-$1000 range.

Ultimately, if you want to think of the Microsoft Surface as an iPad knockoff with a few key innovations and additions that make it a legitimate option for businesses, that's fine. A lot of companies will be happy to pay a premium for an iPad look-alike that automatically fits into their current networks and is guaranteed to work with their existing applications. If you'd like proof of that, take a look at these three polls that have run on TechRepublic recently: