The Motorola Droid 2 is more of a good thing for Droid fans. Learn where it's been updated, where it excels, and the caveats that could lead you toward a different Android device instead.

The Motorola Droid 2 is more of a good thing -- if you're a fan of the original Droid, which has been the best selling Android device of the growing fleet. Learn where Motorola updated the device, the areas where it excels, and the caveats that may cause you to consider a different Android device instead. 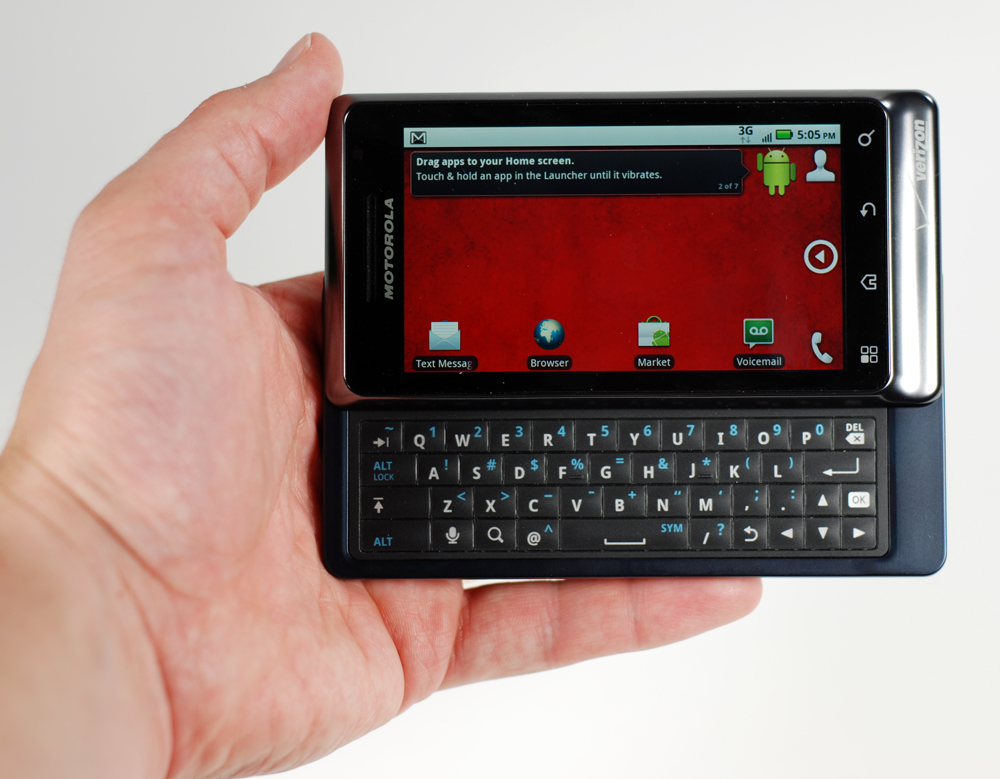 Some still prefer a hardware keyboard on their smartphone, especially many business professionals who've grown accustomed to BlackBerry, Palm, and Windows Mobile devices over the past decade. For keyboard lovers who also want a device that is as compact as possible, the Motorola Droid 2 is a top candidate. The LG Ally is another Verizon device with an excellent hardware keyboard and it's even more compact than the Droid 2, but it's not nearly as powerful. The Samsung Epic 4G is a Sprint device with a great hardware keyboard and it's even more feature-rich than the Droid 2, but it's also much bulkier.

The original Droid, released just 10 months ago, was the first Android 2.0 smartphone, the first Android product to become a mass market hit, and the best-selling Android device on the market. However, the Android ecosystem has exploded in 2010, with devices from HTC, Motorola, and Samsung pushing the envelope month-after-month with new product launches. As a result, the original Droid started feeling old and crusty before it even reached its first birthday. Sure, Motorola and Verizon teamed up to deliver the Droid X this summer, but not everyone wants that huge touchscreen-only monstrosity. For those who want the power of the Droid X but still prefer the form factor of the the original Droid, there's now the Droid 2. The other big problem that this product solves is the keyboard. Motorola got rid of the thumbpad and made the keys bigger and more tactile.

If you want a compact, top-the-line Android smartphone with a hardware keyboard and Verizon service, the Droid 2 is the answer. Following on the heals of the success of the original Droid, I expect the second edition to continue to be one of the most popular Android phones and those who were drawn to the original Droid but had been holding off because it was lagging behind can now pull the trigger. However, if you really interested in the hardware keyboard then a better Android device is the Epic 4G, and if you make a lot of phone calls then you need to make a lot of voice calls then you may want to consider a different phone.