The legacies of both Steve Jobs and Bill Gates are solidified in the technology pantheon, but which one ultimately made the bigger contribution. Vote here.

The technology world got the unfortunate news on Monday that Steve Jobs was taking another medical leave from Apple in order to focus on his recurring health issues related to pancreatic cancer and his 2009 liver transplant. Since Jobs has been one of the most enthusiastic evangelists for the role of technology in transforming society, this is a big blow for the entire tech world -- even Jobs' many critics.

Of course, even if Jobs never returns to his full-time job at Apple, his legacy is pretty much solidified (see The Tale of Steve Jobs and the Five Dragons, which I wrote leading up to launch of the iPad). But, a technology industry without both Bill Gates and Steve Jobs would definitely be a ship in search of a captain. The leadership void will be very tough for nascent visionaries to fill, and there aren't many in sight right now that appear equal to the task.

Jobs and Gates haven't been perfect. They both made mistakes and missteps that have taken the industry in bad directions -- Jobs with his excessive vertical integration of Apple products and Gates with his drastic overpricing and premature releases of software. Nevertheless, the two of them continually pushed the industry forward to allow people to do more and more cool and useful stuff with their computers.

So that leads us to the big question, which one of them did more? I realize it's tough to answer but I'm going to force you to do it. No, you can't say "both" or "neither" (if your answer is "neither" then simply refrain from voting). And, naturally, we'd like you to jump into the discussion and explain why you voted the way you did (or chose to abstain). 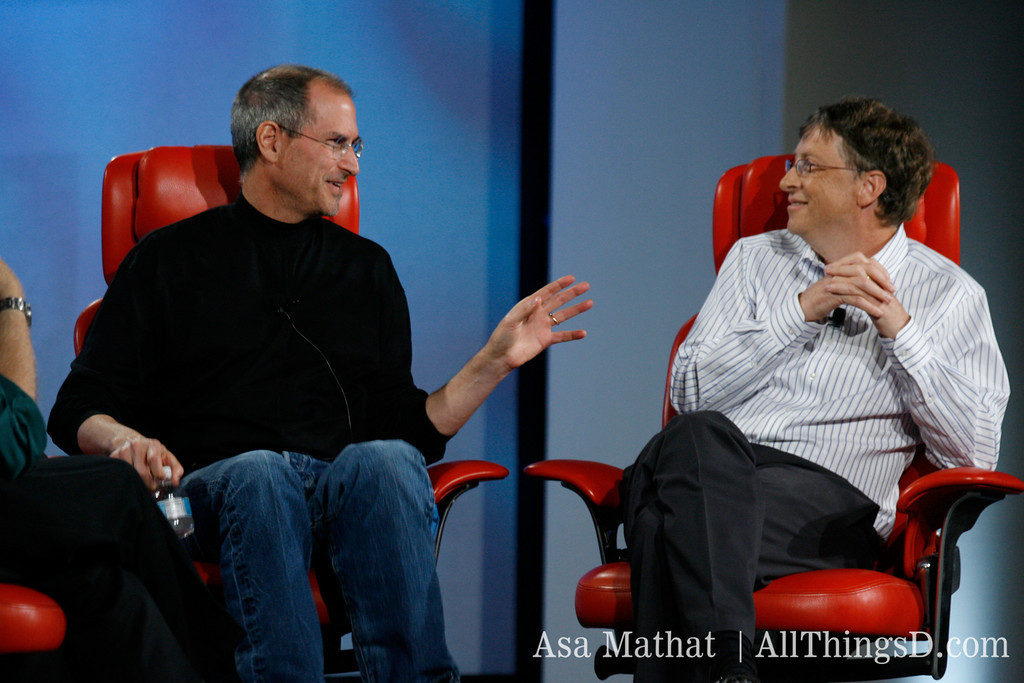