The BlackBerry Tour 9630 is a high-end 3G smartphone. See what it does well and where it's weaknesses lie, and learn why it's now one of the best enterprise messaging devices available in the U.S.

The BlackBerry Tour 9630 is one of Research in Motion's flagship smartphones. Along with the BlackBerry Bold and the BlackBerry Storm, the Tour is part of RIM's cadre of high-end 3G devices. It is primarily a corporate smartphone but also has some broader appeal for small businesses and prosumers.

For a visual look at the BlackBerry Tour and a quick summary of my thoughts about it, check out this short video clip, and then read the full review below:

Get our latest field-tested reviews of hardware and software in TechRepublic’s Product Spotlight newsletter, delivered each Thursday. Sign up now with a single click. 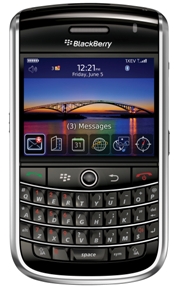 The Tour is primarily aimed at smartphone power users in business. It features BlackBerry's industrial-strength email and messaging software along with one of best qwerty keyboards on the market. For people who type a lot of messages on the go, this is one of best smartphones money can buy. For that reason, it will also appeal to some small business users and prosumers as well.

When combined with the backend BlackBerry Enterprise Server (BES) infrastructure, this device is highly secure and highly manageable for IT departments. The Tour also throws in an impressive high-resolution 2.4-inch LCD screen and 3 megapixel camera to make it a strong multimedia device as well.

The Tour is the successor of the BlackBerry 8800 Series, also called the "World Edition." Like the 8800, the Tour is a global roaming device that includes a wide array of both GSM and CDMA radios. It has voice service in 220 countries and data service in 175 countries. The 8800 Series was getting pretty long in the tooth, so the Tour updates it with 3G and much better multimedia capabilities.

The other BlackBerry that is very similar to the Tour is the BlackBerry Bold, which came out in November 2008. The two big drawbacks of the Bold were that it was a bulky and its battery couldn't even make it through a full day under heavy use. The Tour improves on both of those faults. Its form factor is smaller, much closer to the slim BlackBerry Curve. The Tour's battery life, while limited to a single day, will almost always make it through a full day without a recharge.

If you need an industrial-strength device that can speed through lots of emails, contacts, and calendars, there's no better smartphone available in the U.S. right now than the BlackBerry Tour 9630. It also throws in great multimedia capability and premium 3G service from Verizon (or respectable, less expensive service from Sprint). However, if you need a smartphone primarily for mobile Web browsing then you'd be better off with a Palm Pre or an iPhone.

Have you used or supported the BlackBerry Tour 9630? If so, what do you think? Rate the device and compare the results to what other TechRepublic members think. You can also give your own personal review of the BlackBerry Tour in the discussion below.