The Samsung Fascinate could have been one of the top Android devices, but Verizon sabotaged it by manipulating it for the carrier's own gain. See how.

The Samsung Fascinate was one of my most anticipated smartphones of 2010. I had already been pleasantly surprised by the Samsung Captivate, the Samsung Epic 4G, and especially the Samsung Vibrant -- all of which are part of the Samsung Galaxy S line of smartphones that have most of the same internals but different form factors.

The Vibrant was my favorite of the three, mostly due to the simplicity and elegance of its design. However, each of the Galaxy S variations is on a different carrier and the Vibrant is on T-Mobile, which has coverage and bandwidth limitations in the US (the bandwidth limitations being the bigger issue, for a high-end smartphone).

When I heard that the Verizon Wireless version of the Galaxy S -- the Fascinate -- was going to have a design almost identical to the Vibrant, I thought this one had a chance to become one of the top Android devices on the market. I certainly expected it to break into my leaderboard of the top 10 Android smartphones.

Unfortunately, I was sorely disappointed by the Fascinate. In fact, I was so disappointed that I initially decided not to write a review of it at all. But, I owe it to the public to warn against this device and explain why, so here's my assessment of how Verizon sabotaged what could have been a fantastic smartphone.

In place of a long narrative, TechRepublic product reviews give IT and business professionals exactly the information they need to evaluate a product, along with plenty of photos, a list of competing products, and links to more information. You can find more of these reviews on our Product Spotlight page. 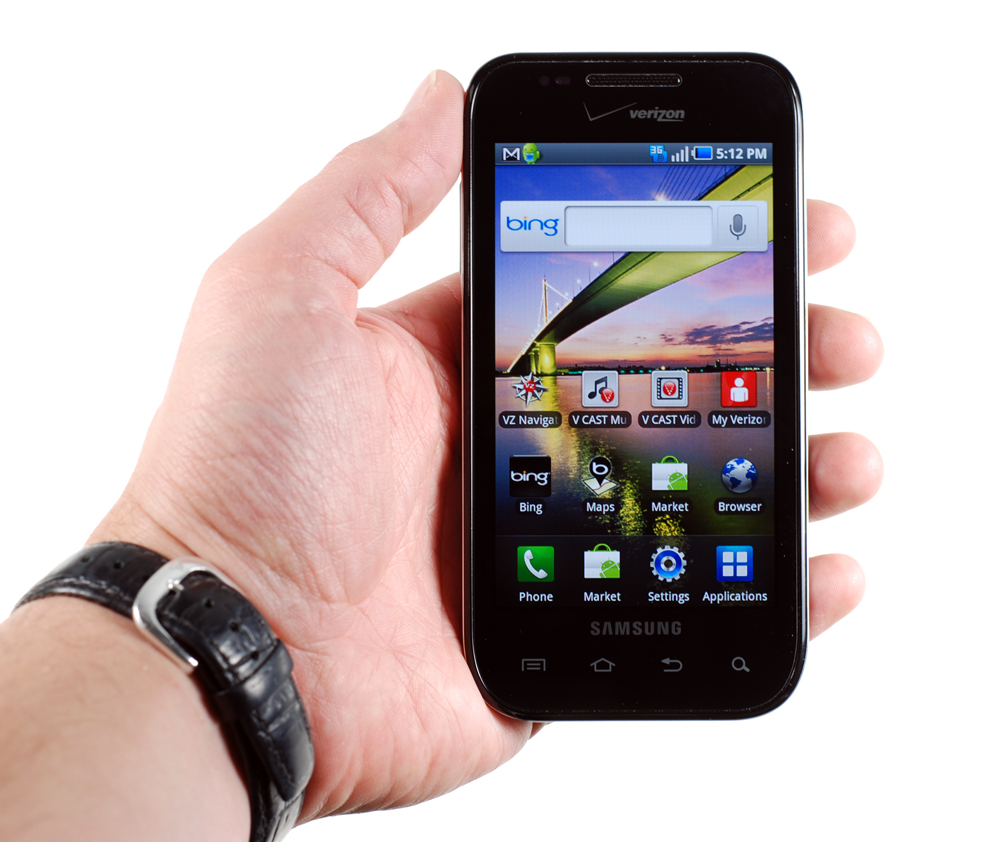 The Fascinate will primarily appeal to existing Verizon customers looking for a high-end Android smartphone, or those who like the Galaxy S line of smartphones and want to pair it with Verizon's nationwide 3G service.

The Android ecosystem has mostly been dominated by HTC and Motorola, but Samsung has made a powerful entrance with the Samsung Galaxy S line, which has sold five million units worldwide since it was launched this summer. Samsung is doing a good job of integrating its own CPUs into its Android smartphones and optimizing them for top performance and long battery life.

I simply cannot recommend the Fascinate because of the combination of all the uninstallable crapware and the Verizon-Bing fiasco. Even if you like Bing Mobile (which isn't bad), get an Android phone that allows you to choose your search preference (and use multiple search engines) and not one where Verizon has chosen for you and limited your options. If you're looking for a high-end smartphone on Verizon, I'd recommend the HTC Incredible or the Motorola Droid X over the Fascinate.

Now, there will be some of you who will say that I'm overreacting to Verizon's Android modifications on the Fascinate. However, this is a case where Verizon has stepped over the line in meddling with Android, which was already in danger of over-manipulation by manufacturers and wireless carriers, as I explained in The dirty little secret about Google Android. Verizon's chicanery with the Fascinate is the worst example of it that we've seen so far, though. If buyers refuse to put up with it, then it will force the telecoms and phone makers to act in good faith towards users.