Google recently admitted that it is officially launching a bid to compete with Microsoft Office. However, the biggest threat to Microsoft Office may be from tiny startup Zoho, which has an online office suite with better features than Google and more Web savvy than Microsoft. TechRepublic's Jason Hiner looks at whether Zoho's challenge can succeed where IBM, Sun, and open source have failed.

Two months ago, Google made a quiet, back-door admission that it was developing an online suite of applications to take a bite out of the lucrative office apps market, which has been dominated by Microsoft for over two decades. Apparently, Google did not want to wake the sleeping giant by making a direct challenge to Microsoft. After all, Google CEO Eric Schmidt was previously an executive at Novell and Sun, two companies that got steamrolled by Microsoft in the server software business in the 1990s.

By contrast, a small private company called Zoho is making an open challenge to both Google and Microsoft in the office apps arena. While the idea of Zoho dethroning Microsoft in office apps seems laughable when you consider the fact that the graveyard of failed challengers to Microsoft's office apps crown includes IBM, Sun, Apple (remember ClarisWorks?), and the open source crowd, Zoho's challenge has one important advantage -- it's got the products to back it up.

In the past 18 months since Zoho Writer was first released in October 2005, Zoho has released 14 more online applications/services. It now boasts one of the broadest and most mature sets of online applications available in the cloud. The screenshot below lists some of the Zoho fleet. 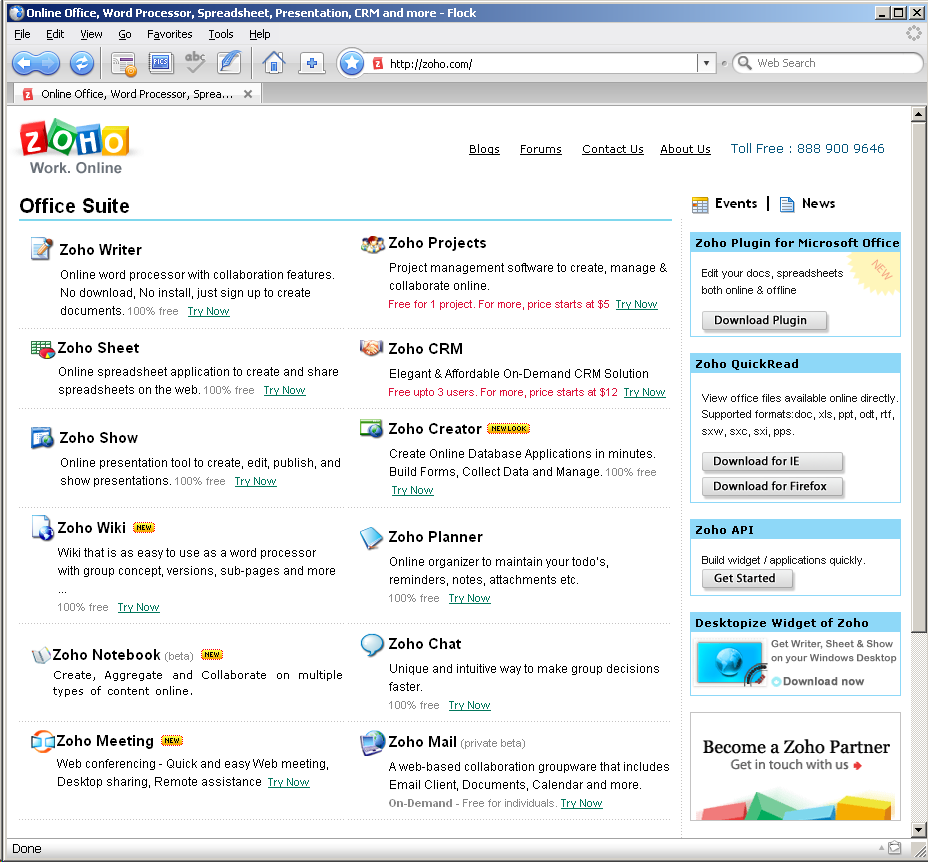 Of course, the cornerstone of the Zoho application suite is the trio of Zoho Writer, Zoho Sheet, and Zoho Show -- word processing, spreadsheet, and presentation apps, respectively -- which are aimed at taking on the dominant Microsoft triumvirate of Word, Excel, and PowerPoint. The three screenshots below provide a quick look at Writer, Sheet, and Show. 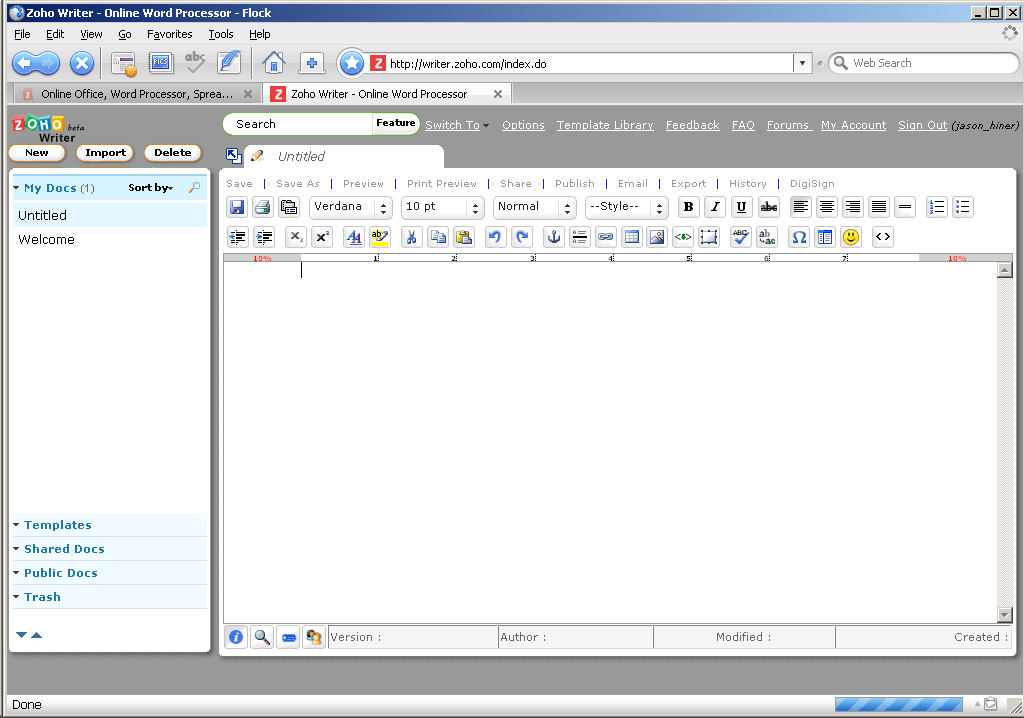 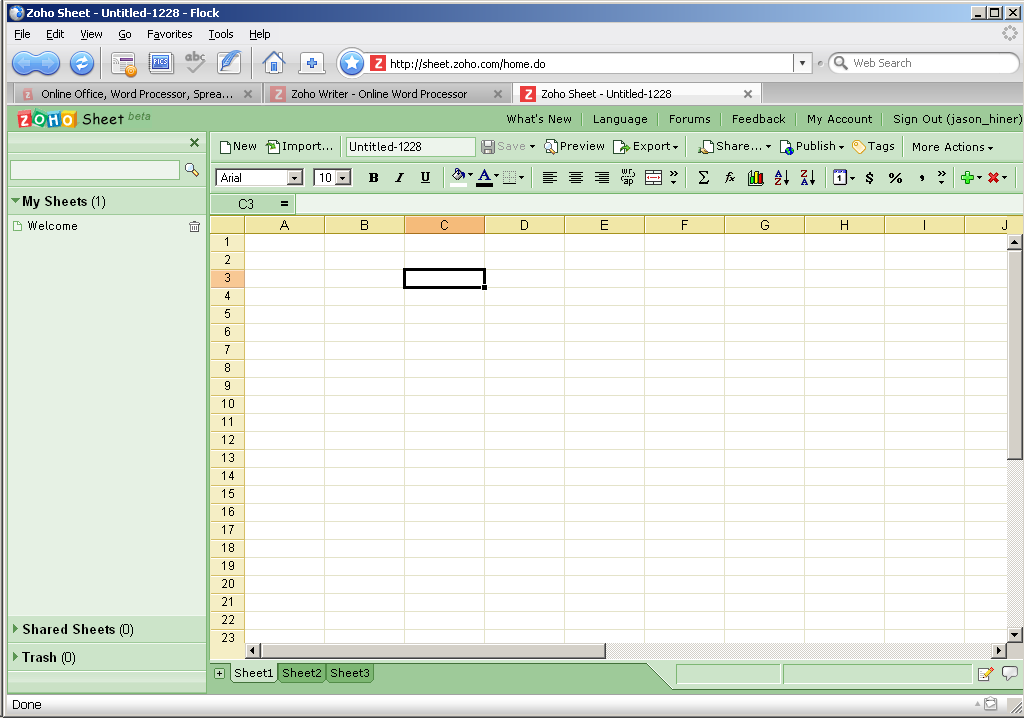 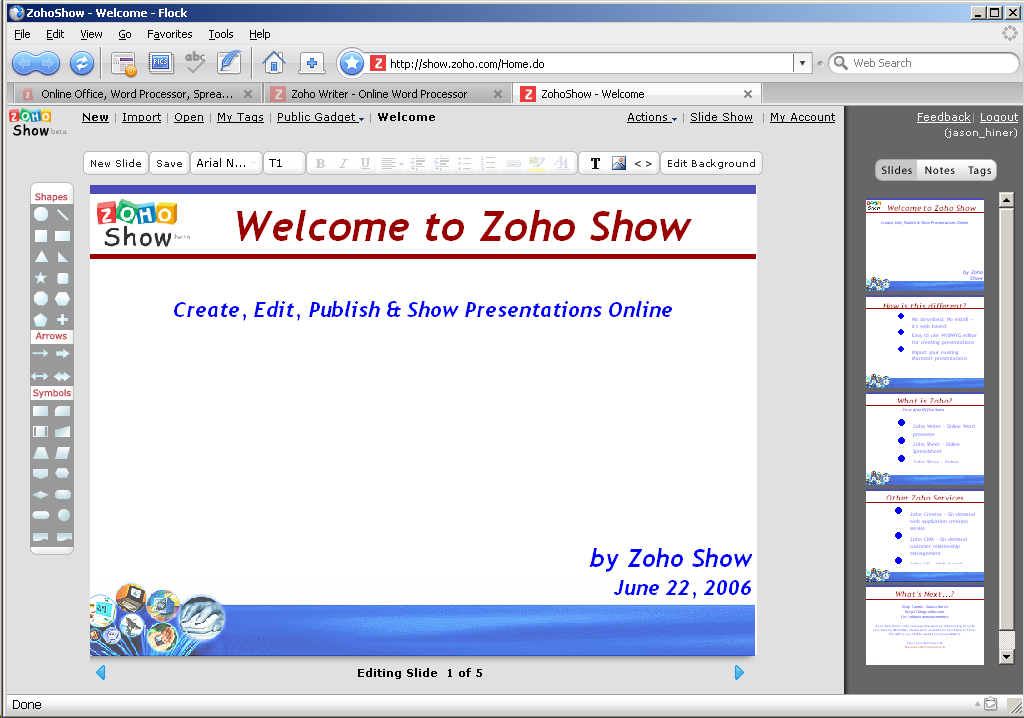 While Google is trying to take on Microsoft Office by providing streamlined online office apps with a pared down feature set, Zoho is attempting to give users the full feature set and take advantage of the benefits of a Web-based experience with tagging, sharing, and collaboration.

It's impressive that Zoho has created a broad fleet of full-featured online apps in a short period of time, but just as significant is the fact that it has done it without sacrificing simplicity and usability. That points to software that is well-conceived and well-developed. Nevertheless, there are some caveats with Zoho and some issues that it will have to address if it wants to stand toe-to-toe with Microsoft and Google. Let's take a closer look at where Zoho is winning and where it has progress to make.