The Intel Developer Forum is a regular harbinger of the hot new technologies that will soon impact the computing industry, and based on IDF 2007, TechRepublic's Jason Hiner sees four important trends to that IT pros should follow.

If there's one thing you can count on from the annual Intel Developer Forum, it's that you won't be bombarded with the kind of pipe dreams and vaporware you get at most of the events that cover "emerging technologies." In the 10 years since IDF began in 1997, the conference has been a regular harbinger of what's to come in computing, from the emergence of Wi-Fi to hyper-threading and dual-core processors.

The leading trends at the Intel Developer Forum regularly become mainstream within two years because Intel has usually been very good at picking winners and putting its resources behind the right technologies.

At IDF 2007 on September 18-20 in San Francisco, I spotted four important trends that IT professionals should keep an eye on over the next two years.

A ton of momentum and collective will is building around environmentally conscious "green" technologies, from energy-sipping CPU chips to cleaner power to technology recycling programs. Large companies like Hewlett-Packard are trying to educate users and make it easier to recycle equipment. Startups like fuel cell maker Medis are producing low-cost power packs to give extra hours of battery life to portable devices, and doing it in a way that does not damage the environment even if the fuel cells -- which are recyclable -- are thrown in landfills.

So the PCs and devices are consuming less power, battery power is getting longer and more versatile, and a lot of tech manufacturers are working toward building equipment with less-toxic, more recyclable materials. 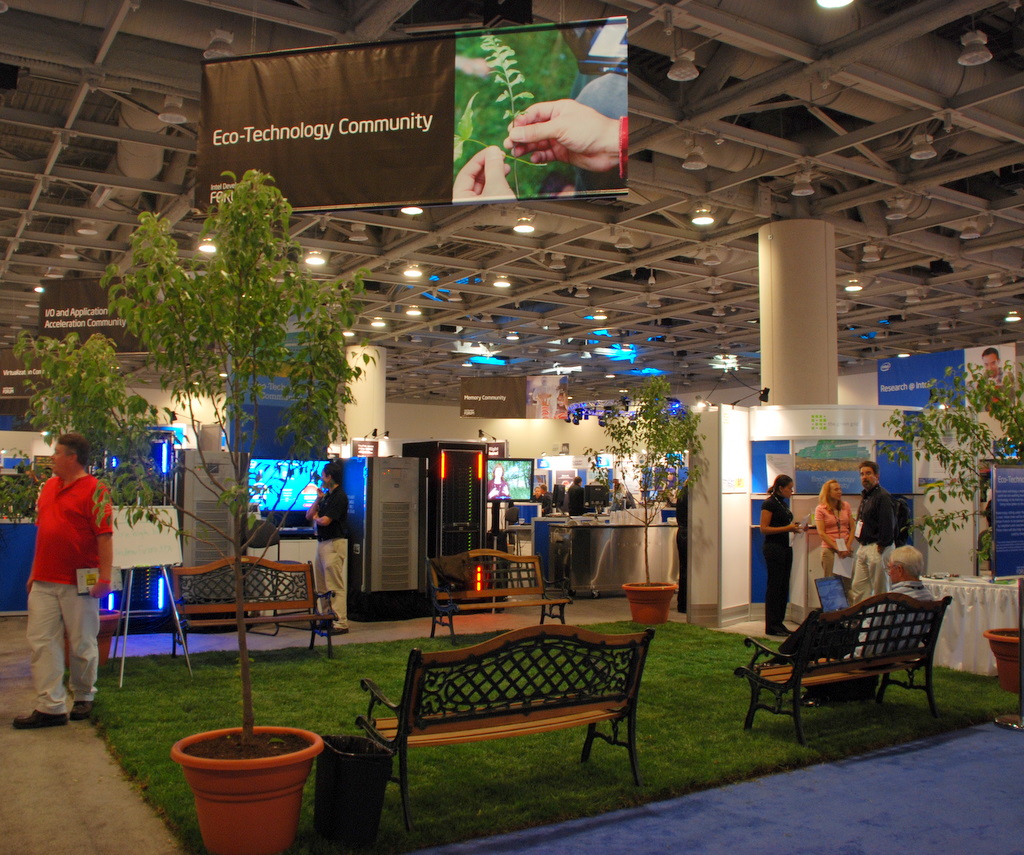 There was a whole section of the Technology Showcase at IDF 2007 dedicated to eco-friendly technologies.

3. The wire-free desk (and living room)

Just as we've heard about the "paperless office" for years but have only slowly made progress toward it, the idea of a wire-free desk enabled by near field communications (NFC) and personal area network (PAN) technologies has been swirling around for years but with only a few devices, such as wireless keyboard/mouse and Bluetooth headsets, going mainstream. With the advent of Certified Wireless USB and Bluetooth 2.1, over the next 12-24 months a lot more devices are going to cut the cords, including LCD displays, laptop docking stations, printers, digital cameras, and much more.

These short-range wireless technologies will be assisted by Universal Plug 'n Play (UPnP) to make the devices much easier to recognize and configure than the current Bluetooth devices, which can be a major headache for the average user.

David Perlmutter, senior vice president and general manager of Intel's Mobility Group, predicted that by 2009, laptops will pass desktops in revenue. Not surprisingly, some of the hottest devices at IDF were small form factor desktops, ultra-mobile notebooks, and phones and pocket devices that are as powerful as the PCs that people were buying five years ago. It's ironic that PCs and notebooks are shrinking as desktop displays get larger, but that's another story.

There's a new generation of powerful small form factor devices aimed at business professionals on the run. Nearly all of the big PC makers have ultra-portable laptops powered by Intel's dual core Centrino chips, which are as fast or faster than the pre-dual core CPUs that ran the previous generation of desktops.

However, there's also a new variety of small, low-cost laptop PCs aimed at emerging markets. The One Laptop per Child machine is the most well-known, but there's also the ASUS Eee PC and Intel's Classmate PC. I tried out the Eee PC and Classmate PC at IDF and they are both quite useful, even if they are underpowered compared to today's business laptops. 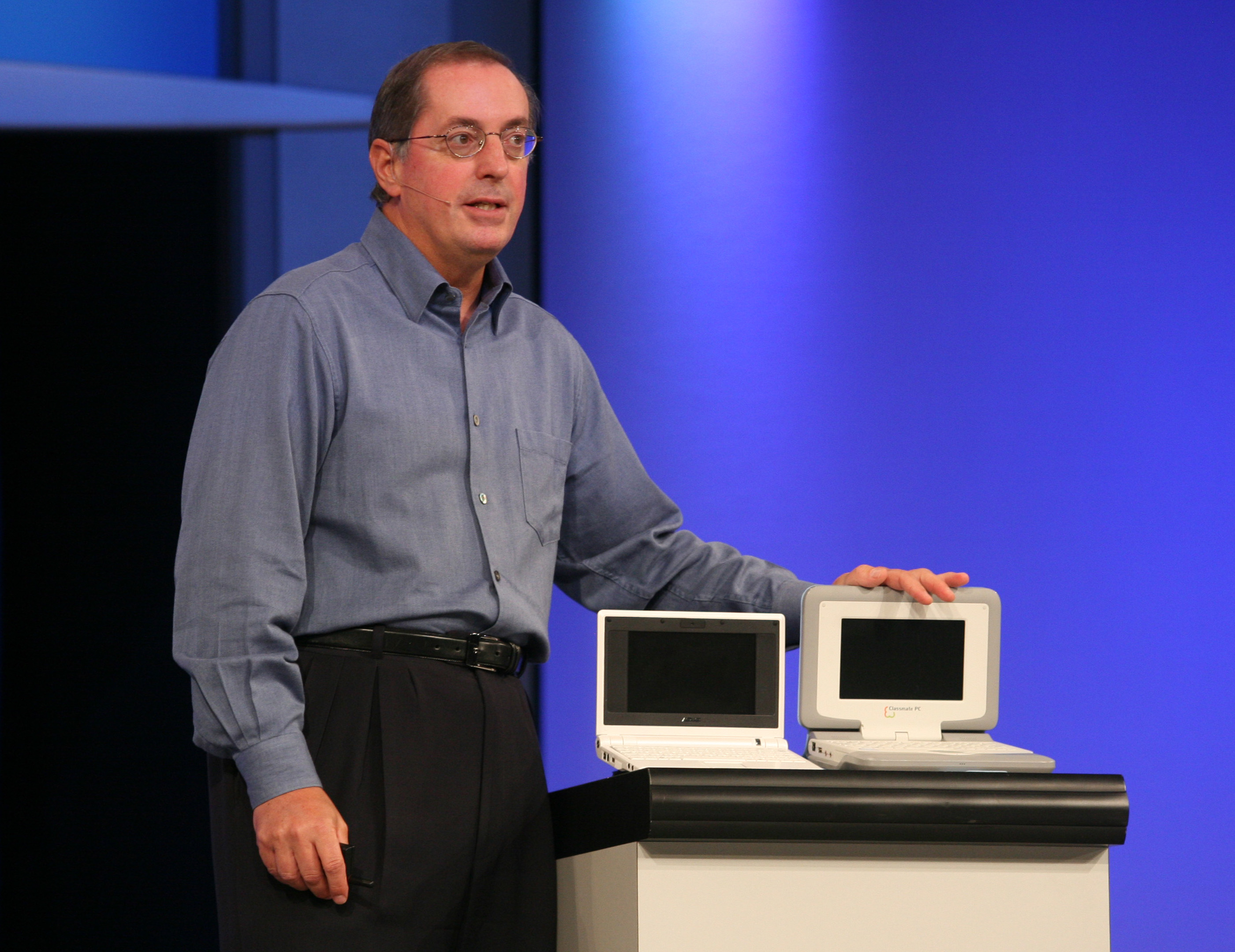 All three of these will cost around $200 or less. The Eee PC, which runs Linux, could even be appealing to some business users and IT professionals as a functional machine for doing a few simple tasks in a remote or highly mobile environment. The arrival of these machines could help drive down the cost of low-end laptops in general. Plus, there could conceivably be high-end smartphones that are more powerful and versatile than some of these low-end laptops. One thing is clear: The days of the big, ultra-powerful tower are definitely over, unless you are a gamer or a graphics professional.

WiMAX is another technology that has been promised for years, but with little visible progress and very few real world examples to show for all of the hype. However, as developments over the next 12 months will show, there has been a lot going on behind the scenes to make WiMAX the next great broadband technology, at the very least -- and potentially the next great leap in computing, if it can truly spread broadband everywhere and connect new types of devices and technologies that haven't even been conceived of  yet.

In talking about WiMAX at IDF, Intel's Otellini said, "We are on the cusp of a new global network."

Sprint's Xohm WiMAX service will officially launch in Chicago, Baltimore, and Washington D.C. before the end of 2007, and will then spread to a variety of other U.S. metropolitan areas in 2008. Clearwire, which has partnered with Sprint for WiMAX roaming, will launch its WiMAX service in the U.S. in 2008, most likely in many of the smaller metro markets. There's also a entire ecosystem of vendors that are planning WiMAX launches in Asia, Europe, and South America over the next 12-24 months. Plus, Intel is going to start embedding dual-mode WiMAX/Wi-Fi cards in Centrino laptops in 2008.

However, while WiMAX starts spreading over the next few months, 3G HSPA technology -- which already has a strong foundation in place in the cellular networks across the globe -- is attempting to beat WiMAX to the punch with roaming wireless cards and fixed wireless modems that can bring broadband to rural areas and other places with little or no broadband options.

Whether WiMAX or 3G cellular ultimately wins, or they simply coexist, the future of broadband covering the far-flung corners of the earth and connecting devices of all sizes looks like a possibility that is finally coming to life.

Check out my photo gallery from Intel Developer Forum 2007 for photos of these technologies and more. 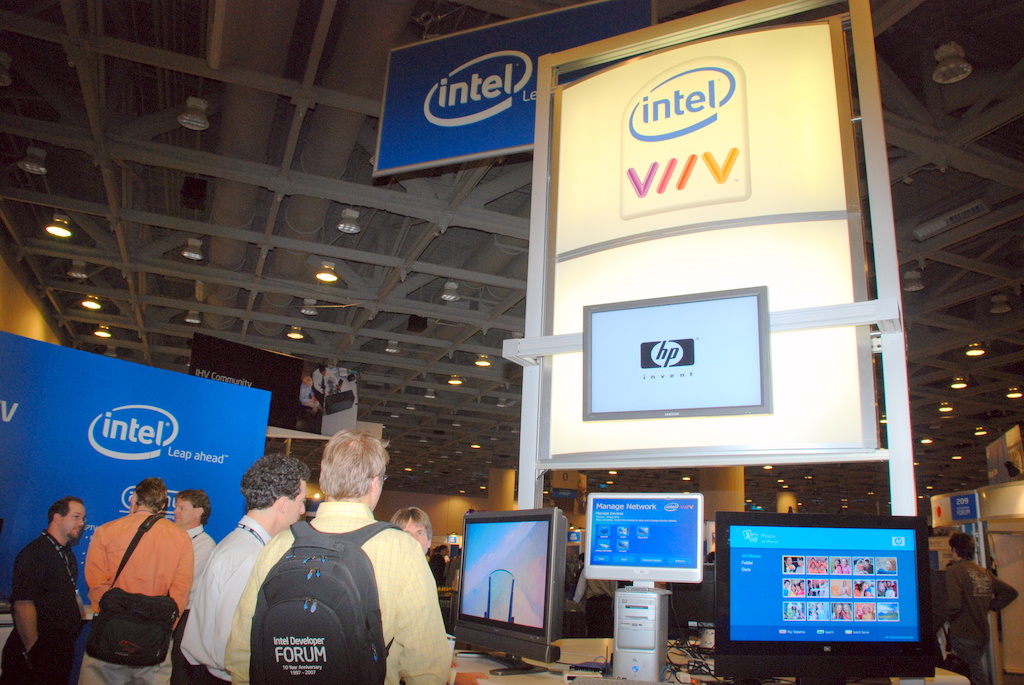 Intel and its PC partners had the latest (and upcoming) models on display at IDF 2007.

Which of the four technologies listed above are you most interested in following over the next two years? Which ones could potentially have the biggest impact on your organization? Join the discussion.

Comment and share: Sanity check: The four trends that will change PCs and computing over the next two years