In 2007, Goldman Sachs used its own IT to predict that trouble was brewing in the mortgage market and took a step back before the market imploded. See how Goldman Sachs did it in a new special report.

Prior to the mortgage crisis that is at the heart of the United States' current economic woes, Goldman Sachs used its own internal computer models to predict that trouble was brewing and to take a step back at a time when the market was still red hot and the mortgage mess had yet to implode. See how Goldman Sachs used IT to get this early warning signal that helped them survive the crisis in a new special report from TechRepublic's sister site ZDNet.

This is required reading for IT leaders and for anyone who wants to better understand some of the primary factors behind the current economic meltdown.

For more, you can also attend the live Webcast about the report with author Tom Steinert-Threlkeld and a panel of analysts today at 2:00 PM Eastern. Afterward, there will also be an on-demand recording of the Webcast that you can listen to at your convenience. 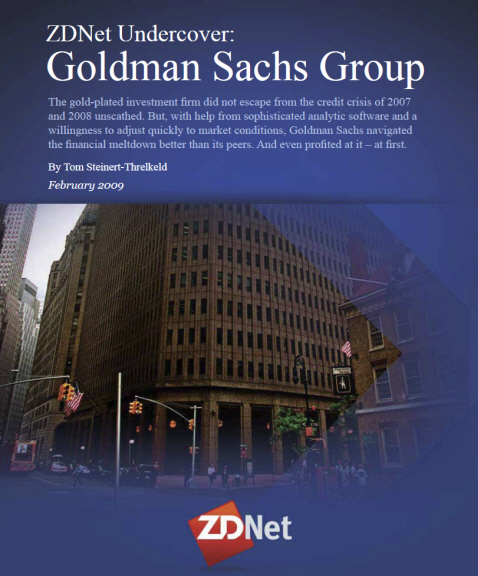